I see with sadness that veteran Brit actor David Warner has gone to join the Choir Invisibule, and the screen has lost one of its better character actors in consequence.

My favorite of his roles is in the (apparently-forgotten) time-travel piece, Time After Time, in which he played Jack The Ripper to Malcolm McDowell’s H.G. Wells (storyline here).

What I loved about this movie was that when H.G Wells (the good guy) is transported from his comfortable Victorian life forward to modern-day San Francisco, he finds it incredibly difficult to cope.  Not so for the Ripper (Warner), who finds that evil transcends culture and, for that matter, time as well — and among San Francisco’s prostitute population, he has an even greater choice of victims than in 19th-century London.  And Warner is beyond-words excellent in the role. 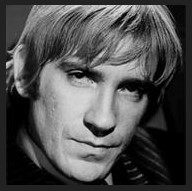