In the light of Senile Biden’s appointment of this nutcase to run the new MiniTrue: 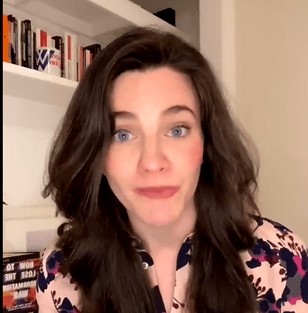 …we also have this:

Weibo, a Chinese microblogging platform, announced on Thursday plans to publish the IP addresses of all Weibo users both on their individual account pages and whenever they post comments, stating it was part of an effort to prevent “bad behavior” online.

Now, as someone who has blogged under my full name pretty much for most of my online life, this would seem to be no big deal.

There are some serious caveats to this, however.

In the first case, I’ve done this in the United States, where the government, at least nominally (coff coff ) is hamstrung by the First Amendment, and what Kim du Toit says on a blog shouldn’t matter to the Gummint at all, subject to the usual constraints of a polite, well-ordered society that we supposedly are (coff coff redux ).

Would I feel similarly at liberty if I were Do Toi Kim, resident of Beijing?  Hell no.

But we know — and Biden’s actions prove — that there are a number of totalitarian assholes and Democrats (some overlap) who would not only support a government action like China’s, but actually have called for it in the recent past.