Being out of touch, as always, I failed to notice that S&W have (once again) re-released their lovely little Model 648 — only this time, it has an 8-round cylinder: 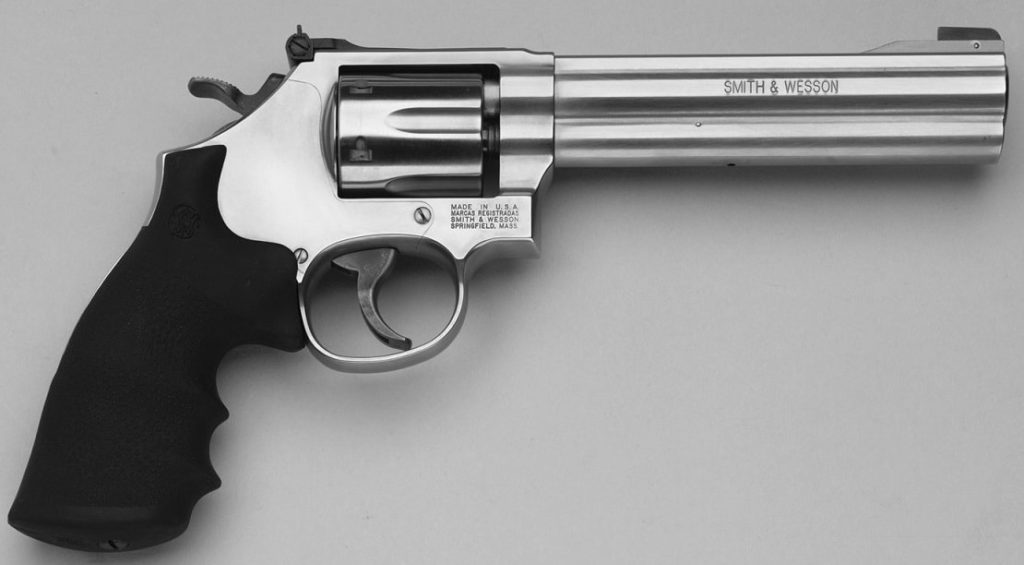 I just love the look of this piece;  a nice heavy barrel and underlug on a K-frame Smith?  Be still, my beating heart. 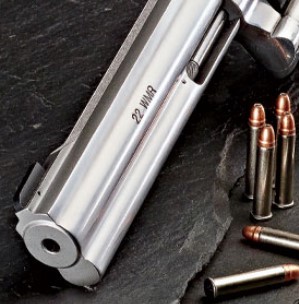 But it had better be a strong heart.

Longtime Readers will be aware that I am a huge fan of the .22 Mag (.22 Win Mag/WMR) cartridge, and all things being equal I would be on the hunt for one of these new 8-shooters toot sweet, so to speak.

But seriously — and I have bitched and moaned about this before — the cost of .22 Mag ammo is just foul.  When .22 LR has come down to around 10 cents per pop, its big brother stays stubbornly around 36 cents, which just sucks.  Even back in the Good Times (1999 – 2005), it was still relatively pricey, but even so, I recall paying about 15 cents per (about double that of Min-Mag .22 LR from CCI) on a bulk purchase;  and thank goodness it was a bulk purchase (5,000 rounds), because I’m still shooting ammo from that and earlier purchases.  I haven’t had the nerve (or wallet) to buy any more since then.

That kind of price just takes the ammo — and the guns which shoot them — right out of the plinking / fun shooting, and relegates it to varmint hunting.  And by the way, if I were to go varminting now, I could shoot .223 Rem ammo at 32 cent a squeeze, and save 4 cents a time over .22 Mag.  Total suckage.

And I know all about the cost/demand curve, and a pox on it:  because it’s taking this lovely revolver right off my wish list.