John Nolte provides a list of Clint Eastwood’s “offbeat” movies and characters, and I can’t really argue with any of them.

I just wish he’d made it a “top six” and added the much-ignored but superb Tightrope, wherein Clinty plays a New Orleans cop who is nothing like his Harry Callahan forebears:  he’s a single dad, vulnerable, a below-average cop who makes mistakes almost every step of the way.  He doesn’t even carry a .44 Magnum, but some teeny little .38 snubbie.

But the best part is that his investigation takes him into the murky world of deviant sex — which at first repels him, but after some time, and despite all his better instincts, starts to attract him and in so doing, draws him into his prey’s world, making him the hunted.

One of the most attractive features of Clint’s typical movie personae  is that he is strong in his beliefs, and when he straddles the line between right and wrong, he’s always aware of the line.  Not in Tightrope.  And his portrayal of the moral confusion and temptation to which he begins to succumb makes it, I think, one of his most compelling performances. 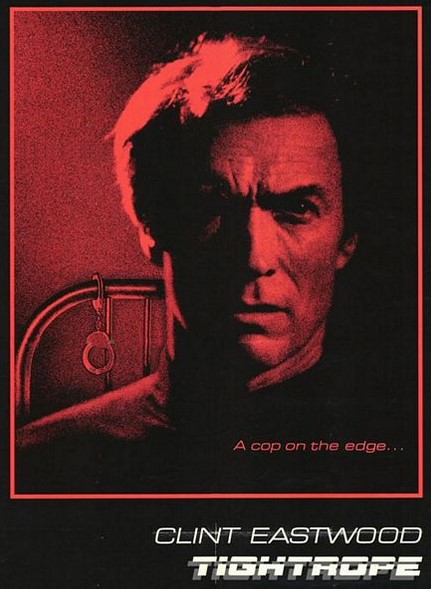 Watch it if you can get it.