I spent 22 years restoring and preserving classic films for The Library of Congress. I’ve seen many. Don’t fall into the lazy habit, as I did for decades, of almost exclusively watching movies with English dialogue. I’ve discovered a whole new world of sophisticated plots, consummate acting, and beautiful cinematography in films from Japan, Russia, Poland, the Czech Republic, and others. The best part? Even the newest productions are not ‘woke’!

Good points, one and all.  (Although I’m reminded of that wonderful opinion:  “If the furriners had had anything of value to say, they’d have made their movies in English.” )

I’ll be getting a list of titles the above from Bruce in the near future, which I’ll be happy to include in a post.

I gave up going to the theaters for movies years ago, because it was a teenage wasteland of people talking or on their cellphones. I just wanted to watch the expensive movie with no distractions; is that too much to ask?
Well, here we are in the internet age where streaming is king. I signed up to Paramount because they had my American football games for my local channel I don’t receive on my antenna. Aha, movies were included!
So I watched some old Bond movies and classics, but they ran out. I decided to go by ratings (thought I was clever) on Rotten Tomatoes.
Guess what I discovered after abstaining for years? I didn’t miss a fuckin’ thing! Modern movies – 98% SUCK. I guess the plot 1/8 of the way through, and then by 1/4, I have already discovered the ending. UGH – who wants to even try to watch this shit??
I am so disgusted, I watched “Casablanca” for the umpteenth time the other night. What the fuck has happened? Liberal influencce, WOKE, gay, bad directors??? I like Eastwood,Tarantino, and Stone, but they are almost gone. Ford, Kubrick, and Hitchcock are my favorites, among others, but the list shrinks every year. what’s a poor boy to do?

You forgot the bad lighting, bad sound and mumbling dialogue.

My only suggestion — because I am in precisely the same boat, as I suspect are many of my Readers — is to lay in a supply of your favorite classic movies on DVD/Blu-Ray and a backup all-format DVD player.

I know what people are going to say:  “I get bored watching the same old movies all the time.”

Frankly, that’s just because you don’t own enough of them.  There are literally hundreds of old movies out there, and while not all are Casablanca-classics, I would suggest that even a mediocre Bogart movie (e.g. All Through The Night ) is going to be a hundred times better cinematic experience than Fast ‘N Furious 27  or Captain America:  Queer Hero.

My own Christmas- and birthday lists for friends and family are going to be almost exclusively old movies from now on, and I would humbly suggest that you could do a lot worse than that.

If you’re short of ideas, then start with Bogart and Mitchum, and go from there.  Or pick a director like John Ford, Ernst Lubitsch or William Wyler, and pick from among their offerings.

Just those five will afford you hours and hours of pleasure.  At some point soon — probably on a Saturday — I’ll put together a list of some length, to include not only movies I know well or have in my own collection, but ones I plan on getting in the future.

John Nolte has written an excellent piece over at Breitbart about the absolute suckage that is modern movies.

I don’t waste my days, my life watching any of this crap. Every time I give something a chance, I get burned. Movies vouched for by critics, stuff I recently wasted my time with,  like Lucky (2017) and The Outfit (2022)…  Why? Why did I do that? Why did I waste my precious off-hours sifting through the massive pile of garbage that is Amazon Prime, that is Netflix, that is modern-day entertainment?

Like Nolte, I have a collection of movies on DVD, and not one but TWO multi-format DVD players (one in use, the other in an unopened box in a closet), and my Christmas/birthday lists inevitably contain “old” movies that I love.

As for the modern shit, I consider it a good year if there’s ONE movie I can watch all the way through.

John Wick 4 trailer sets up battle between Keanu Reeves and Bill Skarsgard: ‘Only one can survive’

Uh huh.  Like any movie studio is going to kill off the hero of a very successful “franchise”.  I can just visualize the management’s response to some young dimwit suggesting that action: 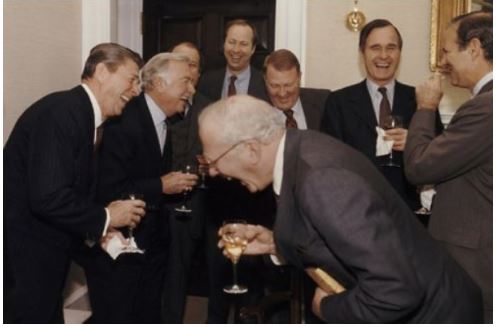 Let’s face it:  when it comes to art, business always wins.  Always.

Afterthought:  I watched the first Wick movie, hated it with a passion (actually never made it to the end) so I’ve never watched any of the sequels.  The above post has more to do with the marketing thereof than anything related to the movie itself.

Via Insty, here’s another piece about how today’s movies suck, from a sound perspective.  (The article is only listed as “Updated Sep 22, 2022”, so it may actually be a rewrite — and a lot of it seems familiar.)

I was going to comment on it in a post, but a lot of what I planned to write seemed awfully familiar to me.  And somewhere in my broken memory, I remembered that I’d already done just that, in Mumbles In The Darkness earlier in June of this year.

Which leads me to a tangential thought.  In looking to see whether I had written on the topic earlier, I used the “Search” function on this very web site, to the right of the page, just under the header.

All I did was type “movie” in the search bar, and a veritable timeline of my writings on the topic followed.

And I found myself wasting spending the next hour or so re-reading some of my old posts, and apart from anything else, I was amazed at how little my opinions have changed (not too surprising, considering the writer, but still).

Here’s a thought.  If ever you’re horribly bored with life, are sick of playing on the Internet but couldn’t be bothered to get out of your chair, type in a random topic (e.g. “rifle”, “travel”, “Colt” or “socialist” and so on), and go back in time to see what I’ve written on the topic.

As journeys go, it’s cheaper than driving or going to the range (!!!!!!).  As to how much you might enjoy it, I make no comment.

Quite possibly the greatest actress who over lived, Anna Magnani was so good because whatever character she played, she was always playing herself.  No better description of her acting is this one:  “Whenever Magnani laughs or cries (which is often), it’s as if you’ve never seen anyone laugh or cry before: has laughter ever been so burstingly joyful or tears so shatteringly sad?” 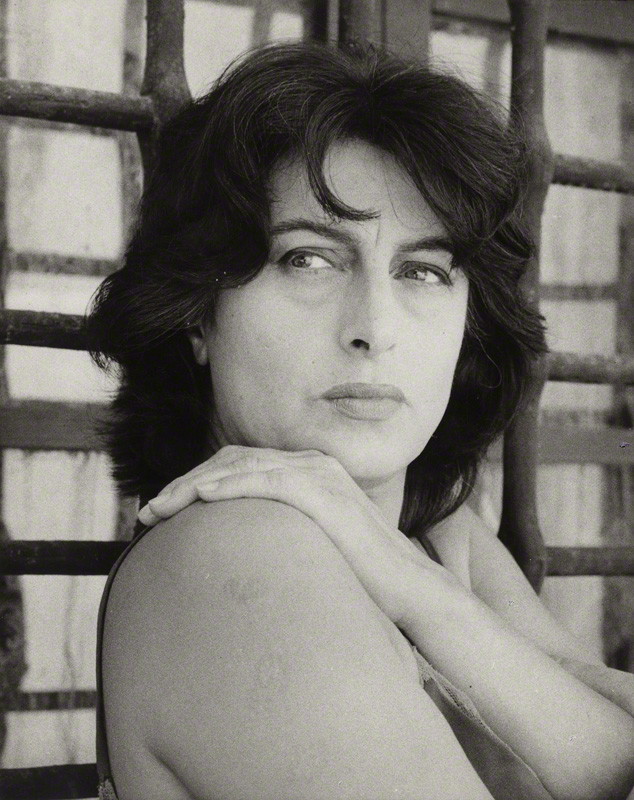 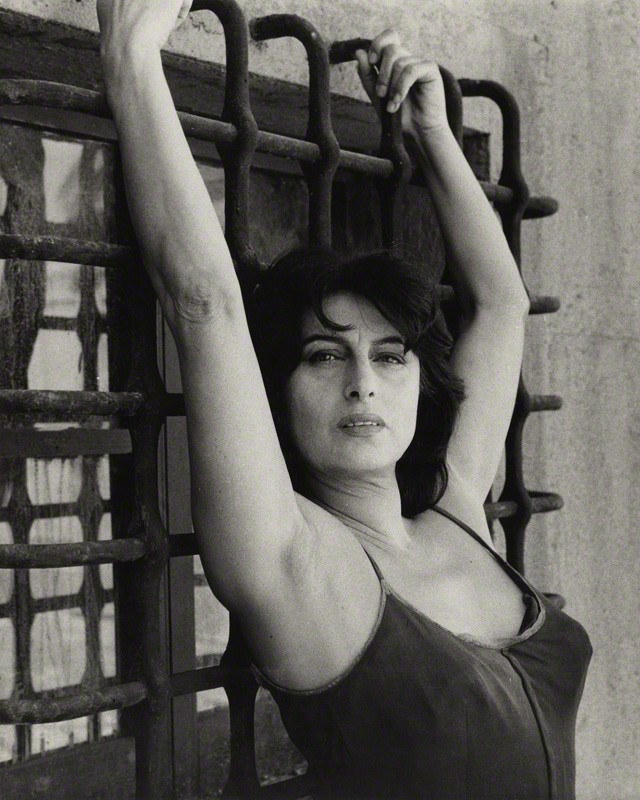 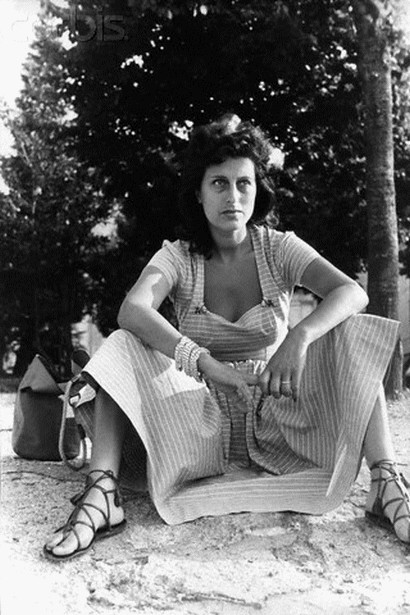 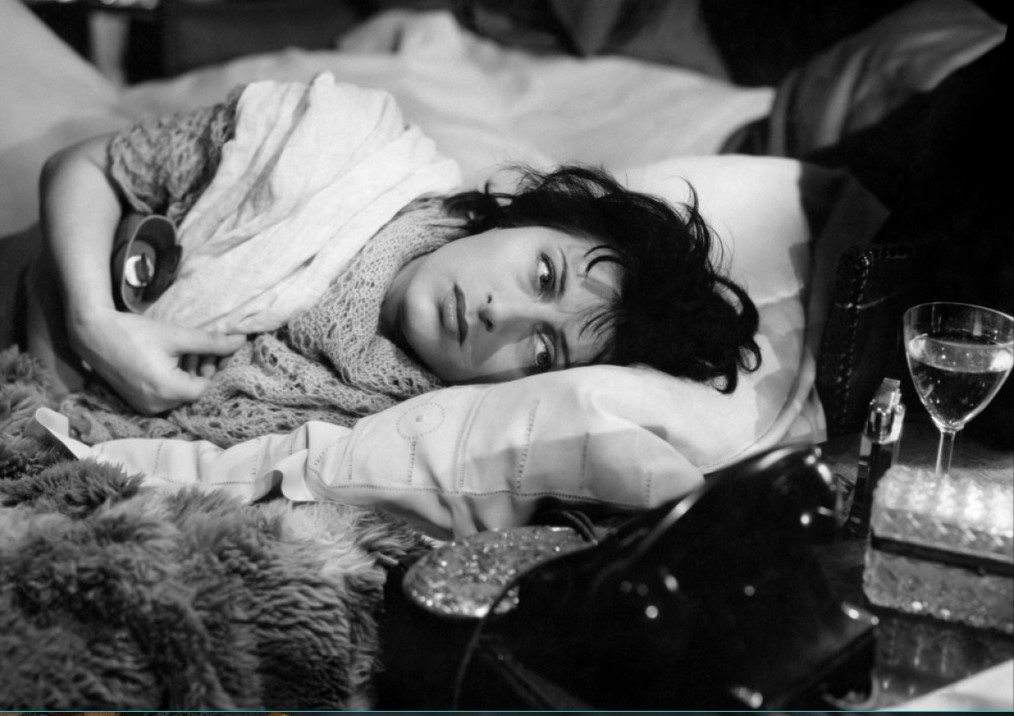 And her best quote ever:

“No man can control me, although many have tried.”