Some time back, I was watching some EewwChoob thing about cars that looked good but were absolute rubbish, either to drive or because they were completely unreliable.  I can’t find the video, of course, because Internet Confusion, but here’s a short list of cars that I wish had been made properly — i.e. with today’s machining, fit and electricals — so that one could drive them for a long distance or time without having to have a mechanic/towing service on speed dial, and drive them without impaling yourself on a tree at the very first kink in the road. I’ve left off the Usual Suspects (e.g. the E-type, Ferrari 246 and various Astons, because I’ve looked at them often enough).  Also, because they’re mostly tourers, to be driven for long distances in comfort, I’ve set aside my normal disdain for cabrios and soft-tops.

They’re not in any specific order, pretty much just as they came to me.

Triumph Stag
One of the best-looking touring cars ever made, the Stag was uniformly horrible, not the least because of

Both Mr. Free Market and Drummer Knob had a Stag;  as I recall, Knob exchanged his for a Mini-Cooper (!), while Mr. Free Market’s memorable quote was:

“Dear boy, that Stag used so much oil that every time I put my foot down, I shifted BP’s share price two points.”

As Jeremy Clarkson says, it still looks good, even today.  With the Rover (a.k.a. Buick) 3.6-liter engine, it might have been a world-beater except for the fact that it would rust faster than a Lancia.

Jensen Interceptor
One of the best names ever for a car.  The 1972 Jensen MkII is my favorite, with the Chrysler 7.2-liter (443 cubic inch) V8.  Built properly, with today’s machining, finishing and wiring, I’d take one in a heartbeat.

Getting the cabrio would leave off that PITA big rear window, but in either guise the Interceptor just looks fantastic.

Maserati 350 Vignale (1964)
I think Maserati has always made superior tourers (as opposed to sports cars), and this one is no exception. 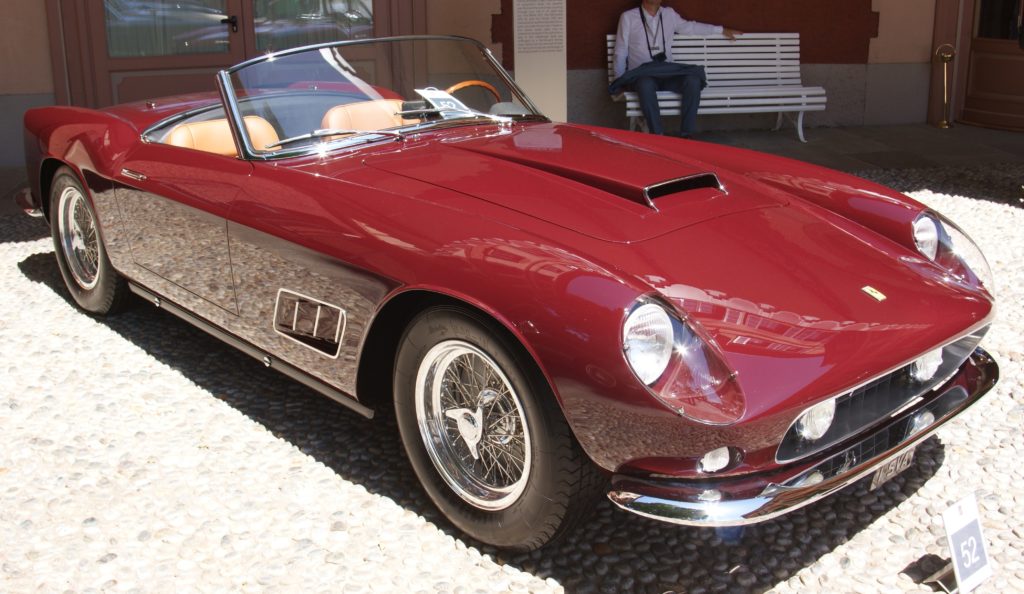 Alas, like all Italian cars of that era, they suffered from

and Terminal Rust Condition, but if you could address those two problems as above, the idea of setting off across Europe or the U.S. behind that wonderful 3.5-liter straight six… oh, man.

Sunbeam Alpine MkI Drophead (1953)
Why would I want to drive this oldster with its silly 2.3-liter 95hp four-banger engine?  Because it’s the car in which Cary Grant seduced Grace Kelly in To Catch A Thief, is why.  Also: 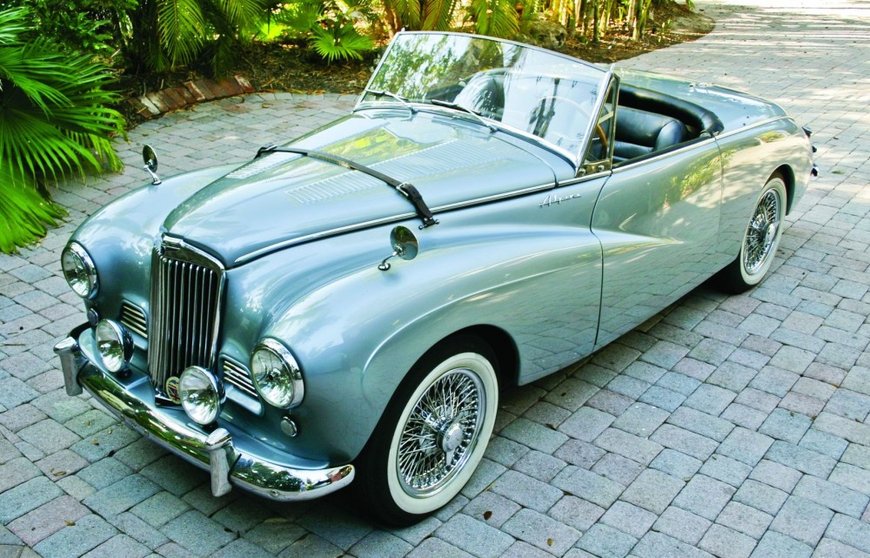 Actually, being underpowered was the least of the Alpine’s problems.  It suffered from post-war

to such a degree that no two were ever wired the same way, and in some cases they used metals other than copper (Britain still suffering from post-WWII shortages of copper even though other nations e.g. Italy and Germany weren’t), with MTBF* often measured in hours.  The steering was totally shit, and the suspension was given to breaking when going over so much as a driveway entrance.

The saloon version won several rally races, but that was because they were modified beyond recognition.

But the drophead looks mahvelous, hence its inclusion in this post.