Jeez… I leave the Internet and the world alone for just a few days, and look what you guys have done — or rather, not done.

1. President Braindead is still alive, as are Wannabe-President Williebanger and the Speaker of the House.  Did I not leave explicit instructions?

2.  That ginger prat Harry is still mouthing off about how shit a life he had until he married Legspread Caringslut.  All this because he’s protected by that “bonkers” First Amendment.  Had he mouthed off in similar fashion back in Britishland, he would by now have met an unfortunate “traffic accident” in some dank European tunnel just like his Mom did — and she was only bonking a rich Egyptian playboy, FFS.

3.  Only now has the Federal Bureau of Incompetence declared that the Berniebro’s attempted assassination of Republican Congressman Steve Scalise et al. was an act of “domestic terrorism”?  Next thing, all that BLM looting is going to be upgraded from “let the children play” to “aggravated shoplifting”.  I mean, where will it all end?

4.  All of a sudden, ex-Pres Trump is found to be correct in that the Wuhan flu did in fact escape from a lab in ahem, WuhanfuckingChina.  Are we going to hear all sorts of apologies and such from the media, to CDC and other assorted assholes?  Don’t hold your breath.

5.  Crime, especially violent crime, continues to soar in all the major Democrat/Socialist-run U.S. cities because their so-called “leaders” are soft on criminals and have defunded, overworked  and otherwise demoralized their police forces.  Only academics, journalists and said leaders are surprised by this;  but the people who voted these clowns into office will continue to do so.  Sic semper stupidii.

6.  As with Item 1., Simon Cowell and Piers Morgan are still alive.  Really, people.

7.  Facebook is still in existence?  Don’t you guys listen to anything I say?

Seems like certain people need a severe scolding — and I’m just the guy to do it. 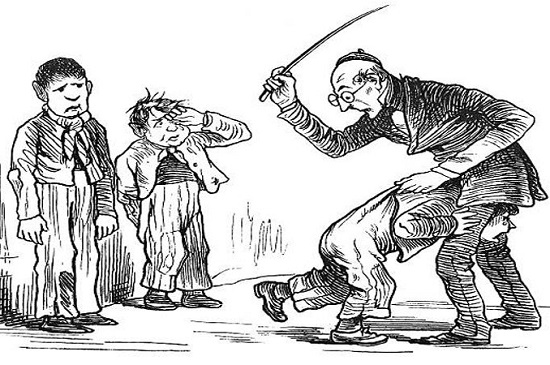