(For those who missed the earlier post on this topic, go here first — and read the comments too.)

The general consensus, both in Comments and by email, suggests that 1.) I should wait for a CZ 557 Varmint to become available, and 2.) if not that, stick to the .308 Win chambering but in a rifle of similar quality to the 557.  I have no problem with any of that.  I’ll talk to my Merchant of Death and see if they’ll even take an order for the 557 (remember, that’s where I lucked upon its predecessor);  and if so, I’ll go ahead and order one.

Assuming that no FFL might be willing to commit to that action, or that the wait could be close to a year (!!!), let’s take a look at some of the options that are available right now (with all the usual caveats).  Before I go on, I should point out that none of the guns that follow have wood stocks;  the CZ 557 seems to be an outlier in this regard.  Here are some interesting .308 Win choices, culled from various online outlets and ranked from low- to high price (rounded).

I was frankly amazed to find this rifle as cheap as listed (Browning is not known for inexpensive rifles, and Cabela’s ditto for its low prices).  I like it, Longtime Friend and Rifleman Combat Controller swears by his, and Browning is seldom a bad choice, whether handguns, rifles or shotguns.  Here’s the Ewww Choob video.)

I love Howa (a.k.a “the Japanese Sako”) rifles, have shot several and been impressed with all of them).  I’m pretty sure that this would be a MOA/all day gun.  My only reservation is that this is more a hunting rifle than a bench rifle — or perhaps that’s a feature, not a bug…

This is one of those “chassis” stocks (which I’m not especially partial to, but they do work for bench-type shooting).  The gun is actually a collaboration between the “performance centers” of T/C and S&W, so it’s going to be a good ‘un (I think — here’s a Ewww Choob test).

I’m not that familiar with Christensen rifles, but a lot of the cool kids like ’em, especially their triggers.  Here’s the Ewww Choob review.

Those four rifles, assuming a scope costing around $750, will push us right up to the $2,000 budget, but I don’t think that any one of them would be a bad buy, at all.

If I get a rush of blood to the wallet — it’s been known to happen — here are a couple more (pricier) options:

My earlier problems with the cheaper Savage Axis notwithstanding, I would have no problem picking this rifle because it’s a different breed from Savage’s budget lines.  Like the T/C LRR, it has a chassis stock.  Here’s Ewww Choob.

Its price would put me waaaayyy over budget, but hey… it’s a Sako.  Here’s a long Ewww Choob review.

So there you have it.  If no vendor/FFL is prepared to commit to a CZ 557 Varmint order, these are the options available today (unless one of them sells out over the next couple hours grrr grrrr grrrrrr….).

Your thoughts are welcome.

Afterthought:   although not set in stone, I’ll most likely be looking at the Meopta 3-18×50 Optika6 FFP: 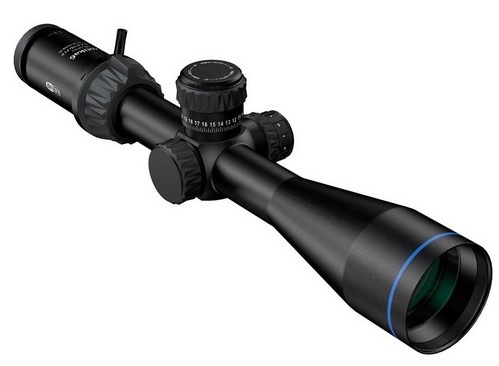 That is, unless I end up with one of the “cheaper” guns above, in which case I’ll step up a little, say to the Trijicon AccuPoint 5-20×50:

But it’s early days, yet.