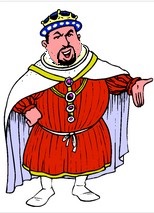 Inspired by this piece in the DM, I list things that seem insubstantial or unimportant, but under the reign of World-Emperor Kim (see above) would be banned and destroyed whenever seen in public:

Note that I’ve left off the large stuff like Modernist architecture, Glocks and music produced by Simon Cowell.  They are a constant irritation to me and have often been featured on these pages, so I’m not going to belabor the point.

Other than “carpeted bathrooms”, I found most of the things in the DM  list rather inoffensive, albeit some in bad taste.  And they can take my Nicky Cage sequin pillow from my cold dead hands.

Feel free to add your favorite hates to the list.  (Just stuff, no people — we all know who you’d want to see gone, or be first on the noose.)