What the title means is what happens when tourists travel to a foreign country and then act stupidly — usually with the excuse “But it isn’t a problem back home!” — and are then astonished when they’re arrested, abused or have similar bad things happen to them.  Here’s an excellent example of such stupidity:

Police in Dubai arrested a group of people for public debauchery over a widely-shared video showing naked women posing on a balcony in the city.
Violations of the public decency law in the United Arab Emirates, including for nudity and other ‘lewd behaviour’, carry penalties of up to six months in prison and a 5,000 dirham (£983) fine.
The sharing of pornographic material is also punishable with prison time and a fine of up to 500,000 dirhams under the country’s laws, which are based on Islamic law, or Shariah.

I know, I know;  the airwaves and newspapers are going to be full of cries such as “How ancient and barbaric are their laws!” along with excuses such as “They were only having a little fun!”

Yeah, ancient and barbaric they may be, but let us not think for a moment that these silly tarts didn’t know that what they were doing was illegal in the country they were visiting — I’m willing to bet that this was part of the allure of acting like this — and now they’re going to discover exactly what happens to “whores” and the “debauched” in the oh-so-enlightened UAE, with their swanky hotels, huge shopping malls and international airport.

The “Darwinism” I refer to in the title doesn’t mean Darwinism taken to its extreme, of course.  That’s what happens in little garden spots such as Southeast Asia, where drug smugglers face the death penalty.  By comparison, this is small potatoes: 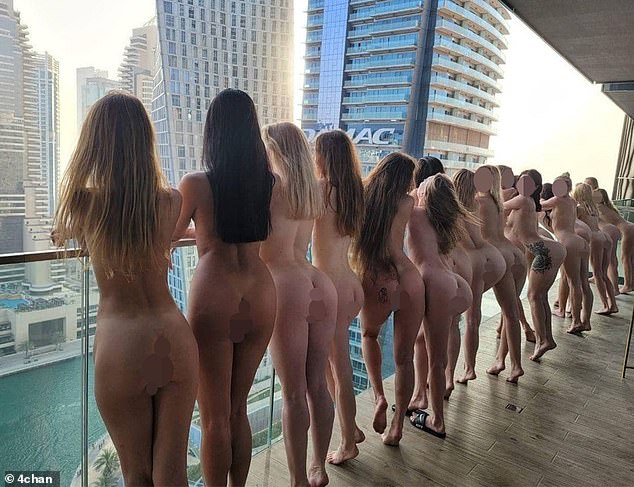 I would have little problem with this bunch of idiots getting a few light lashes with a cane — a fairly common punishment in those parts for that kind of behavior.  I’m not suggesting this particular punishment, of course, but all in all, it could be worse.

Take it from someone who knows:  after a while, your ass stops tingling after a caning — and given the choice, I’d gladly take that over six months’ imprisonment in an Arab jail.