Yesterday I talked about amplifiers that I’d use for testing and gigging.  Today, it’s the turn of the bass guitars.

First off:  I don’t think any electric guitar (lead or bass) should contain a battery — the so-called “active” mode — because a.) batteries go flat — usually at the worst possible time — and b.) battery performance degrades the longer you use one.  If you want to juice up your guitar, use a booster or graphic equalizer pedal, or have an amp which includes those functions.

Of course, because I am an Olde Phartte who thinks that very little has happened since about 1990 which has actually improved the human condition, the above will come as no surprise.

Anyway, I’m going to list my favorite guitars according to two criteria:  “everyday” (ones that could do 90% of anything I’d want them to do, and “specialist”, for a sound or purpose which the everyday ones physically could not do.

In this post I’m going to deal with bass guitars, because that’s the easiest and because I know more about them than should be allowed in decent society.  Bear in mind, I want a clean, full sound out of my bass so that it will round out the sound of the band and give it a solid, earthy foundation, so the bass guitars I pick will perform that function, in spades.

Aside:  any bass I play will have only four strings because it’s a bass guitar, not a lead guitar.  Adding extra strings to a bass leads one into temptation to play the bass like a lead guitar (which is totally wrong), and of necessity, 5- and 6-stringed basses end up with thinner strings (so as to fit them all onto the neck), and thinner strings play with a more treble sound.  My own strings of choice (Ernie Ball “Beefy”) were much thicker than a standard-gauge set, and when played with augmented bass through the graphic equalizer, I could move chairs across the dance floor. 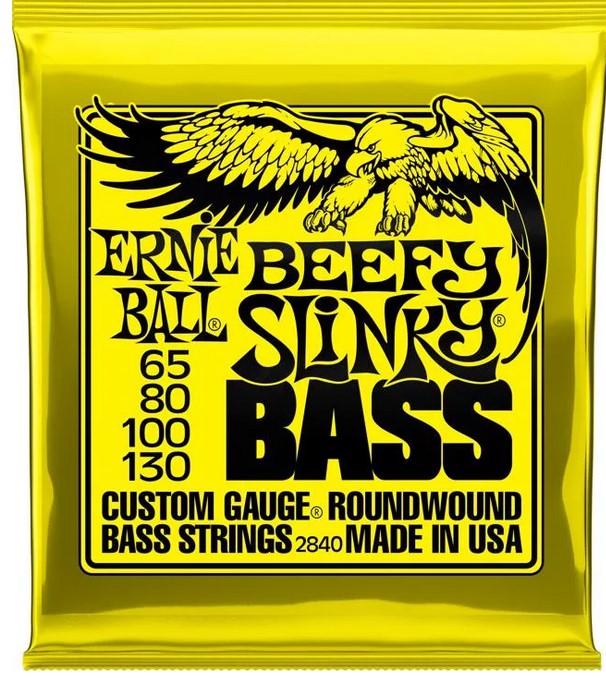 Anyway, on to the guitars.

No surprises with my first choice:  the one I played professionally for ten years, the Rickenbacker 4001S (now known as the 4003S):

No other bass sounds like the Rick, and no other bass plays like it, either.  Also, although it’s not important, some of my favorite bassists played Rickenbacker:  Chris Squire of Yes (who first turned me onto its sound), Paul McCartney and Roger Glover of Deep Purple.  There are others, many others, but none of that matters.  And the Rick has a stereo output option, which gives it more flexibility when it comes to amplification.  (I sometimes used to run the bridge pickup through an effects pedal like a chorus or flanger, and the neck pickup clean, straight through a graphic equalizer, which kept the bass foundation steady whether I was using the other pedals or not.)

Anyway, if I were called on to test a new bass amp, I’d use the Rick and the Roland as the standard, then plug the bass into the new amp without touching any of the guitar’s controls (not that I ever did, anyway;  only occasionally would I even use the pickup selector, and then only to mute the bridge pickup to get the right tone for dinner-dance music).

Recording engineers apparently hate the Rick because driven at full volume on the guitar (as I always did), its signal causes problems at the board — but that’s their problem.  They do like my #2 choice (which is waaaaay below my #1), the Fender Precision, or P-bass, as it’s lazily termed.

The Precision is the Everyman of guitars:  predictable, reliable and probably the foundation for more music since 1950 than any other bass guitar, especially as recording engineers love them.  I prefer its neck to that of the Jazz bass, but to me its sound is kinda vanilla (with one exception that I’ll talk about in a moment).

For another exceptional-sounding bass, we go to my #3 choice, the Gibson Thunderbird:

As with the Rickenbacker, no other guitar sounds like the Thunderbird:  it simply growls like a big angry dog, and I can pick out its sound immediately in any recording.  Just listen to Martin Turner of Wishbone Ash in The King Will Come, and you’ll see why I love it.  (The bass actually roars in at 1:15, if that matters to you.)

There are lots of other bass guitars out there, but those three will handle almost everything needed to produce a decent bass foundation — and most importantly, their sound is always absolutely consistent, which makes them perfect instruments to test amplifiers.  I cannot tell you how many times I’d plug my Rick into a different amp, play maybe half a song or only a few blues or rock ‘n roll riffs, and know immediately whether that amp was worth a damn.

Aside:  I once stepped into an established band to fill in for their regular bassist for a month — his work permit had expired and had to be reinstated — and while of course I played my own bass (the Rick), I had no problem using his 200w Orange amp and reflex cabinet rig, because it sounded, in a word, fantastic:  halfway through the very first song, I knew the amp was top-class because my Rick sounded wonderful.  I even made him an offer for the rig when he came back.  He told me to piss off, quite rightly, because he knew what he had;  and I’ve loved the clean sound and simplicity of Orange amps ever since.

But back to guitars…

Finally, we come to the “specialist” bass guitars, and that’s an easy one, because I’m talking about the fretless type, with which one can create a double bass sound even if, like me, you can’t play an upright double bass.  This would be the fretless version of the Precision bass:

Fitted with smoothwound strings (instead of the typical roundwound) to eliminate the squeaks of the fingers changing position on the strings, and you have a smoooooth sound that works with jazz, rock and even classical.  Then there’s Tony Levin…

When I grow up, I wanna play bass like he does.

And here’s Cathy Popper, who plays a Fender Precision bass: 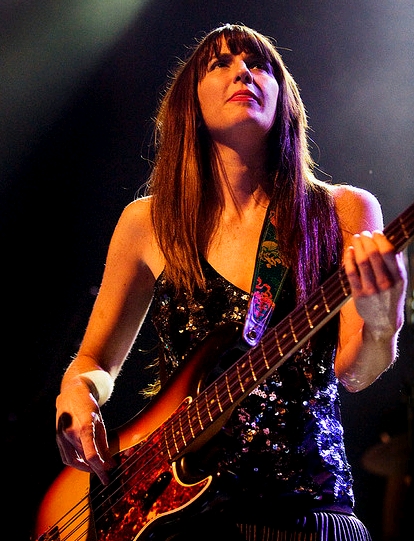 …and the double bass: 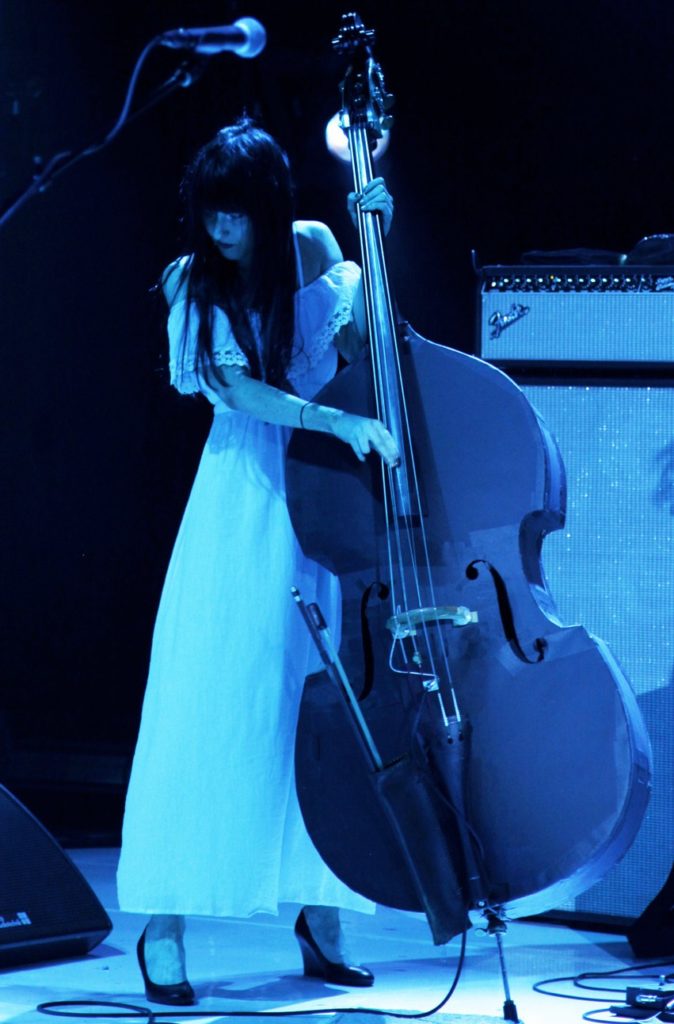 Next week in Part III we’ll do the guitars.