As always, long on snark, short on words.

…and Aldi’s “every-day-low-price” image goes down the drain.

…so if you hear a strange sound in the night, reach for that face mask, folks.  Although I can’t help thinking that a mask of Nancy Pelosi‘s face might work better than an AR to frighten off burglars.  And speaking of which:

…nice to see that Congress is dealing with all the important issues that concern us the most.  And speaking of PelosiNews:

…earlier reports that it was Chuck Schumer’s actual head were, sadly, incorrect.

…and that’s too bad.  If anyone is in dire need of a redesigned persona, it’s Billy Ray’s tarty little girl.

…and the girls’ parents in all this were… where, exactly?  Not walking on the beach with their daughters, that’s for sure.  As much as I want the three men castrated, I also want the parents to be flogged in the public square for letting their daughters go out, un-chaperoned, on a night renowned for drunken licentiousness.

…which has lasted too long as it is (by about three years).

…not that I’ll ever watch either of these things, but in the reign of Emperor Kim, TV shows “based on (some) reality” will be forced to carry a “Mostly Bullshit” disclaimer. 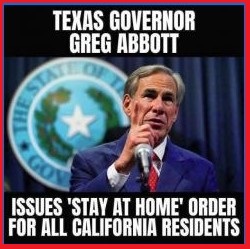