If you happen to go to Wikipedia nowadays, you’re confronted with this banner: 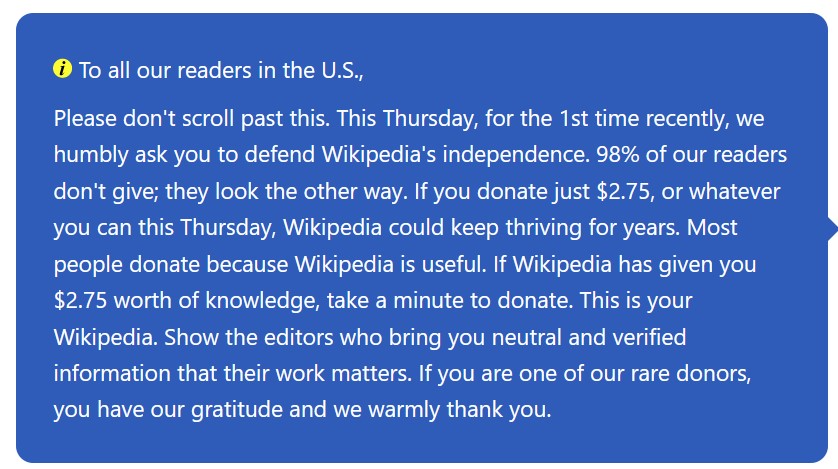 Neutral and verified information?  And yet, time and time again we’re faced with situations like this:

Since the election of Rep. Ilhan Omar (D-MN), Wikipedia editors have been downplaying or removing mention of controversies from her page. This has included minimizing mention of antisemitism controversies over her comments about Israel and its supporters, excluding mention of personal scandals, and censoring details about Turkish lobbying ties. Editors have meanwhile given considerable attention to alleged mistreatment of her by others, particularly President Donald Trump who editors tied to threats Omar received.
Omar’s treatment on Wikipedia regarding antisemitism, where editors have kept such allegations out of her page’s introduction in favor of more benign descriptions of her views on Israel, stands in stark contrast to the harsher treatment of various Republican officials.

And there are more, much more examples.  Even one of their founders thinks they’re full of shit.

So to the Wikipedia people who want my money:  fuck you.  I hope you dance the wokey-pokey.