While browsing through Collectors recently, I came upon this old girl:

I have often sung the praises of the Mosin-Nagant M44 as a short and handy carbine, but I have to say, the Carcano (often incorrectly called the Mannlicher-Carcano) Model 91TS as pictured would do pretty well in the same role.  I’ve shot quite a few in my time — one even back in South Africa — and what impressed me most is the pure handiness of the carbine.  One of the common complaints about battlefield carbines is their recoil — less mass means more recoil, because Sir Isaac Newton will not be denied — but the M91’s little 6.5x52mm cartridge is an absolute gem, and I have no idea why the Italian Army replaced it with the larger (and not much more effective) 7.35x51mm cartridge in the reworked Model 38.  (Maybe they thought that size mattered.) 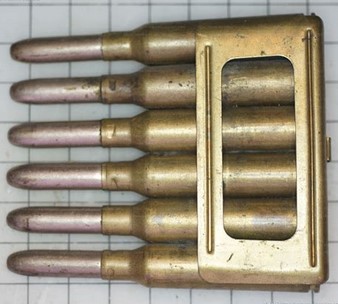 …but as with all old cartridges, there’s always that availability problem.  And with the state the ammo industry is in now, it’s even more scarce than usual.  Graf & Sons, normally my go-to guys when it comes to old military ammo, doesn’t have any in stock (surprise, surprise) and even when they do, it runs about $2 per trigger pull — unless you go with the lighter Prvi Partizan variant at a very reasonable $0.83 per round.

Had I known then what I know now (back in the early- to mid-2000s a.k.a. The Happy Times), I’d have snapped up a decent M91 carbine for about $95, which is about what they cost back then compared to over $400 nowadays, and a few hundred rounds of ammo for less than half of what it costs now.

But that hindsight is a bugger, innit?  Here’s the much-longer M91 rifle, just for comparison’s sake: