In South Africa there is a very sweet wine, a dessert varietal really, called “muscadel”.  It is cheap, delicious and quite intoxicating.  Because it’s cheap, muscadel is a firm favorite among the Tramp ‘N Hobo Set (we call them “street people” nowadays), and because of that, muscadel (pronounced muska-dell) is rather looked down upon by the upper- and middle classes, much as Everclear is regarded in the U.S.

I have spoken of my schooldays at a boys’ boarding school, and mentioned a couple of my friends in passing, but I need to go into some detail here.  In our “house” and in my year/grade level, there were four boys who joined together in a quartet of utter deplorables for pretty much most of our last five years at St. John’s.

Tony Fanshawe was a Cockney from London and, despite his father’s exalted position as president of a major bank, “Fansh” was a person for whom the term “wide boy” was coined:  if there was mischief, devilment and sometimes outright criminality involved, Fansh was inevitably in the center of it.  He smoked cigarettes and weed, drank like a fish, and (illegally, because of age), rode British motorcycles (Triumph and BSA, called “Beezers”) which were sometimes borrowed or just stolen from his older brother Nigel.  Because they were British bikes, they were constantly breaking down which meant that Fansh always had black oil and grease on his hands or under his fingernails.  (This was cause for great concern when we went out to eat over weekends and school holidays, because Fansh loved eating fries with his unwashed fingers — I think you get the picture.)  He was also the funniest human being on the planet, whether telling stories or jokes, or simply displaying a razor-sharp and irreverent wit.  One of his comments caused our class photograph to be ruined because while most of the seventy-odd boys in the picture had solemn looks on their faces, the boys standing above, around and behind Fansh were howling with laughter at one of his little sotto voce  remarks.  (He got caned for that, and incidentally, he was the only boy who ever came close to my record of beatings.)  He was, surprisingly, a brilliant middle-distance runner and outstanding (field-)hockey goalkeeper, but also a miserable student, which meant that his time at St. John’s was lamentably curtailed when it was suggested to his parents that his only chance of passing twelfth-grade final exams (“Matric”) would be through a cram school, so Fansh never graduated from St. John’s College (doubtless to the immense relief of the teaching faculty).

Ross Arrington Murchison was, as his name suggests, a Southern boy from Rocky Mount, NC whose presence at St. John’s was a result of his father’s position as Minerals Attache at the U.S. Embassy.  (In most countries, that would be a nothing job;  in mineral-rich South Africa… you get the picture.)  The third of four sons, “Zonk” was, like all the Murchison men, immensely tall, some 6’5″, but a terrible sportsman because he was almost as wide as he was tall.  He was, however, an absolute killer at table tennis, and in all the countless matches he and I played against each other, I only managed to beat him once.  Zonk was a taciturn boy, but a Rebel through and through, and it was from him that I learned all about the War Of Northern Aggression [eyecross].  Like Fansh, Zonk was a serious smoker and drinker — “Damn, if I’d known about the quality of y’all’s weed, I’d have gotten here years ago” — and on more than one occasion the four of us emptied his long-suffering father’s liquor cabinet, simply because their townhouse was a stone’s throw from school grounds. (Because he had four teenage sons, Old Man Murchison could never figure out who had drunk all his Scotch, brandy and vodka.)  Zonc never really got into serious trouble at school, although had he ever been caught stoned or drunk — how we all escaped being busted for that is a mystery for the ages — the penalties would have been severe.  For his Matric, Zonk got a “gentleman’s C” (actually, a C for each of the six courses, including Afrikaans, which he’d only become familiar with upon arriving in South Africa.  He was also, by the way, completely fluent in French and Thai because of his father’s earlier postings to S.E. Asia.)

Michael Bentley resembled nothing as much as the Beetle Bailey cartoon character, so his nickname was
“Beedle” (which he hated, so to us he was simply “Mygall”):  lazy, idle, a shirker of immense creativity, Mike was most often found on his back, and was so skinny that, as Zonk once put it, when lying down his hips appeared higher than his head.  Despite that, Mike was a good sportsman, a good cricketer, an outstanding soccer player (he was nearly invited to join Manchester United’s youth squad as a young boy, but was beaten out by classmate Martin Cohen, who eventually made it to the club’s senior side) and a keen swimmer.  Like the other two above, Mike was a smoker and probably, the most heroic drinker of us all.  His most common transgression was breaking school bounds (AWOL, as we know it) and, it should be said, generally with me as his accomplice.  I’d known Mike since grade school before we both made the move to St. John’s, and we’d been friends pretty much as long as either of us could remember.  Mike actually failed his Matric, but it didn’t hurt him, as you will see later.

And then the fourth of this group of bad boys:  Your Humble Narrator’s nickname was “Poke” (go ahead, guess the reason), and I think you know all about me.  Alone among the group, I never smoked cigs or weed, but made up for it in beer consumption, rebellion against school rules, and insolence bordering on aggression towards most of the teachers and indeed any form of authority figure at the school.  I was caned more than the other three combined, and whether suffering in detention, “hard labor” or similar, my time at St. John’s could best be described as “career criminal”.  I was nearly expelled for having my girlfriend visit me in my study (I’ve told that story before), but only the expectation of a First Class Matric result spared me on that, and several other occasions.

So that was us. We were inveterate pranksters, jokers, ruffians and, it must be said, excellent card players, even if we somehow managed to turn the game of bridge into a contact sport.  Zonk was an absolute mechanic —  he’d shuffle the deck a few times and cut the four aces out as though by magic — to the point where he wasn’t ever allowed to shuffle the deck unless he was playing against someone outside the group and there was money involved.  But whether at cards, table tennis, swimming, sinning or carousing, we were as close as brothers while we were together at boarding school.

I’d christened us the “Four Musketeers”, but when the head of our boarding house heard that, he sniffed and said, “Four Musketeers?  More like the Four Muscadels.”  Needless to say, we jumped on that appellation with pride, and thereafter we were forever referred to by that name — even by the teachers.

After we graduated high school, we more or less went our separate ways, as so often happens:  the military draft, university, jobs, wives and careers pulled us all in separate directions;  but even then, if there was any chance we could get together at a party, a dinner or (OMG) a wedding reception, we would.  When we did, we soon discovered that nothing had changed:  we were exactly the same juvenile delinquents as we’d been at school, only with higher alcohol tolerances.

Fansh decided soon after high school that he wanted to go back to London, and sold both his bikes.  On his way to drop off the second, he was killed instantly when some asshole ran a red light and slammed into him.  His funeral was the largest I’d ever seen for someone of that age, both then and since.  He was twenty years old when he died.

Zonk stayed in South Africa and went into business with his brothers after failing miserably at his engineering studies at university.  Their company was in software design (started, it should be said, during the 1970s) and his financial fortunes rose and fell as so often happens to entrepreneurs.  He married a girl of outstanding beauty, a professional stage dancer, but they divorced after a few years.  Zonk died in his late forties from a massive and completely unexpected heart attack, although I have no doubt that his horrendous booze consumption had a hand in his demise.

Mygall was, as I’ve said, very lazy.  As my Dad always said, though, “If you want something done efficiently, give the job to a lazy man”, and as Mike was always being told by his parents to watch his kid sisters swimming, he came up with a way whereby he could get out of that task so he could play snooker with the rest of us at his parents’ house.  Here in the U.S., you may know it as the “Swim Sweater” (it’s a polyester vest sewn over a thick rubber tube which cannot be removed by the child) but all over the rest of the world it’s simply called the Bentley Belt.  That gave him a comfortable living for many years, during which time Mike got married (to one of my ex-girlfriends — I told you he was lazy), and his life took the usual twists and turns and ups and downs as he made his way in the world.  (There was some tragedy — actually, a considerable amount — but that’s not relevant to this post.)

Mike and I had drifted a long way apart as we’d had a serious falling-out — no details, they’re unimportant now after so long a time — and we’d lost complete touch with each other.  Then, at the urging of New Wife (who had known him as part of our group when she and I were dating in high school), we got in touch with each other again and found, to our immense joy, that Time had definitely healed all old wounds.  Mike had had a heart attack, survived and, to my absolute astonishment, had dropped his sixty-a-day smoking habit as well as his bottle-a-day drinking one — only to take up motorcycling (FFS) as a hobby.  As I am unlikely ever to go back to South Africa, we made plans for him to come out to Dallas next year so he could go on a motorcycle trip through the Rockies with Doc Russia and Mr. Free Market (who have been planning just such a trip), with me driving the Support Vehicle.

I should have known better.

Yesterday morning I was woken up at 3am by a phone call from another of my friends in South Africa, who told me that Mike had just died of a pulmonary embolism.  He was sixty-seven. 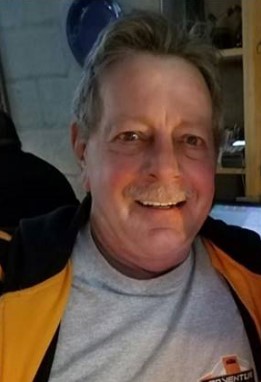 I can truthfully say that between the ages of 13 and 19, the best times of my life were spent in the company of this man, Michael Bentley, my closest friend.

So here I am, The Last Muscadel.  As a heartless youth, I’d always kidded the other three about their bad habits.  Gawd knows I had enough of my own, but they shared those with me and added booze, cigarettes, weed and motorcycles.  And yes, all my taunts have, dreadfully, come to pass.

But I feel neither satisfaction nor vindication.   Just tears and sadness.