While reading through this report about how the recent spike in gun sales has affected the share prices of both S&W (+133%) and Ruger (+42%) — which is all good stuff, by the way — I spied at the bottom of the report this little snippet:

A couple of days ago I went into Academy to check out the lay of the land with regard to their ammo stocks, and in a nutshell, they don’t have any.  A few lonely boxes of .270 Win, .30-06 and some 6.5mm Creedmoor were all they had on the shelves.  Forget any handgun ammo, and other than .22 CB (which are basically cartridges with no gunpowder in the cases, the bullets fired by the primer compound alone) and one (1) box of .22 Mag, there was no .22 ammo of any usable sort.

When I asked the counter guy when he was expecting a fresh shipment of ammo, he just shrugged.

So, Gentle Readers:  whither National Ammo Day this Year?

I have to admit to mixed feelings about the whole thing.  While the thought that Americans have basically bought all the spare ammo in the country should fill my heart with joy, it’s a  fact that I can’t even perform a full-bore [sic]  Happy Dance because I’d not be able to shoot my AK into the air à la  some Iraqi wedding guest, having to count off the rounds like some Gun Powder Scrooge Of Ammo Day Present.

Even worse is that a cursory scrutiny of my favorite online ammo pushers’ websites reveals that not only are they out of stock of most ammo calibers, they aren’t even letting us know when the replacement stocks will arrive.  And frankly, going to four different websites just to scrape up five boxes of 6.5x55mm to make the mandatory 100-round NAD minimum seems to be not worth the effort.

…and I’m not even going to talk about the per-trigger-squeeze cost… sheesh.

But I am going to talk about cost when it comes to .22 LR.  Here are the only two options available from LG: 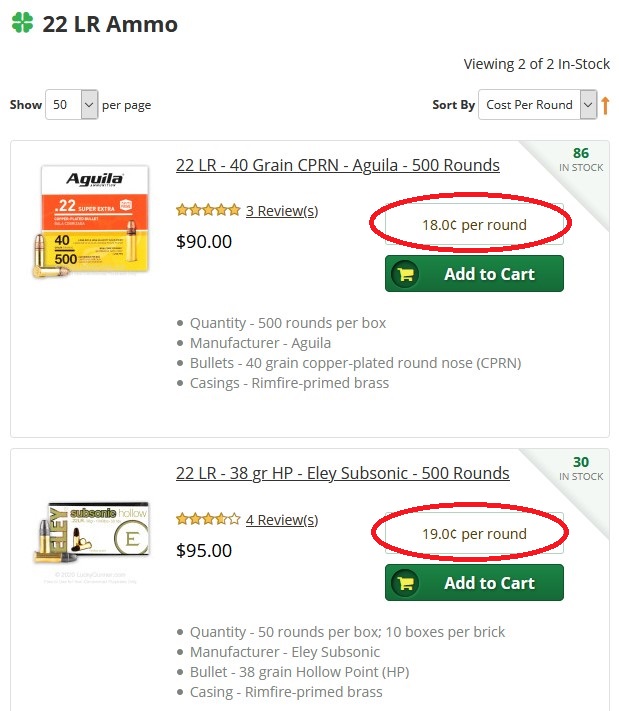 So much for the “7-cent solution”…

Fortunately, I’m not strapped for ammo (of any caliber) because well, you all know the reason.  But National Ammo Day has always been a symbolic purchase — to remind the gun-confiscators and ammo-taxers that they face an uphill battle, so to speak.

But I think only a few complete idiots among this ungodly crowd will not have got the message this year.

So… is it worth the expense to buy .22 ammo at 18 cents per squeeze (instead of the usual 6-8 cents), just to make a point?   Should we cancel National Ammo Day this year, not for lack of interest, but because of over-enthusiasm?

After I’d written the above, I thought to myself:  why not get an obscure cartridge?  They must have stocks of those.  So I went to Midway to see about some .45-70 Govt, and found this: 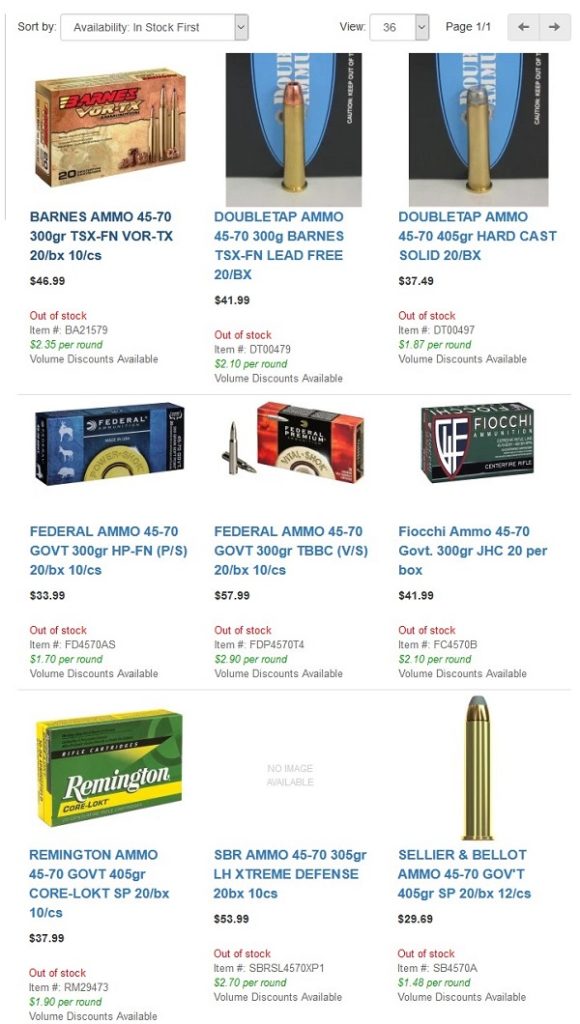