Here’s an interesting line of thought from Mr. Free Market.  As we all know, one of the Greens’ major pushes to curb our beloved shooting fun has been to declare that Eeeeevil Lead Boolets are poisoning the Earth and We’re All Gonna Die Even The Cute Lil’ Animules Boo Hoo.

Now granted, lead is kinda yucky stuff, but I do feel that the Great Lead Poisoning Scare is probably overblown, like so many of the other claims of the Greenies.  And places like Califuckingfornia have already enacted bans on things like lead shot in shotgun shells and so on because OMG when we shoot birds and such, the lead pellets eventually soak into the ground and watershed etc. etc. etc. but we’re all familiar with that whine and that’s not what I wanted to talk about anyway.

Here’s the interesting part.  Over in Britishland, lead shot has been banned (if not outright, then nearly enough so to make the difference irrelevant).  Certainly, all I ever saw Over There was steel shot-filled shells, and don’t even talk about taking your own stuff over there because you would be lying facedown on the tarmac at Heathrow as soon as some enterprising twerp from H.M. Customs discovered your wickedness.  It’s steel shot, or nothing.

Now as we all know, steel shot does all sorts of nastiness to your shotgun barrels over time, especially if you are a keen shotgunner like Mr. FM (who each year buys his cartridges by the pallet rather than by the case).  It’s all fine and dandy, though, because if you’re shooting a boring old Beretta or similar (as he does — according the manager at James Purdey & Son, Mr. FM has terrible taste in firearms), it just means that every five years or so you either replace your shotgun altogether, or just buy a new barrel set and have them fitted to the old action.

As I said, this is no big deal if your guns are made by Armas Tsheep Y Nasti in Spain or some such place.  Nobody cares if your ugly old gun has to get replaced by another ugly gun (see:  Kim’s old No-Name Brand 16ga side-by-side, long overdue for replacement).

But what if you are a man of refined taste and deep wallet?  What if your shotguns are of this pedigree? 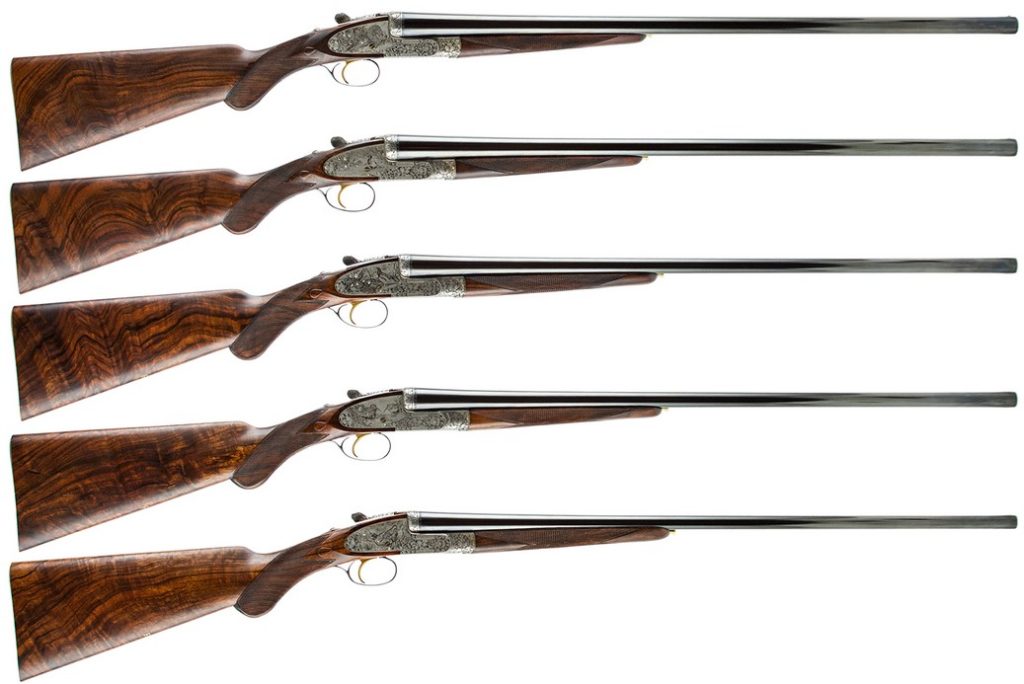 I’m not going to debate whether said guns are worth it* — actually, given the price of new H&H side-by-side guns, $60 grand per gun isn’t that out of line — but even hardened shooters like me, who shoot their guns instead of locking them up in a bank vault somewhere, are going to wince every time they pull the trigger and send steel shot scraping their way down the barrel.

In other words, these are not guns whose barrels will be replaced — they have become literally too expensive, and too much of an investment, to be used.  And if they are used, the depreciation of the investment is going to be horrendous.

What this means for Purdey, Holland, McKay Brown and all the other makers of bespoke guns is that the demand for their merchandise is going to evaporate.  Mr. FM reckons that in twenty years time, you’ll not see any of these fine guns out in the field anymore;  and I for one think that’s a very bad thing.

I know, I know:  this is probably the very epitome of a First World problem.  But it’s not just that.  It’s that the eventual  disappearance of quality workmanship and gunmaking is going to make the world a little less fine, and a lot more ugly and common.

It’s as though Ferrari, McLaren, Rolls-Royce and Bentley were to disappear, leaving us only the choice between Kia, Honda and Ford.   Or if cars’ engines, regardless of manufacturer, were restricted only to the “sensible” upper limit of 120hp.  What kind of world would that be?

*even if I had that kind of money to spend on shotguns, I wouldn’t buy those Hollands because they have single triggers and pistol grips (ugh, and no).  My choice, of all the guns at Steve Barnett’s place, would be this matched pair: 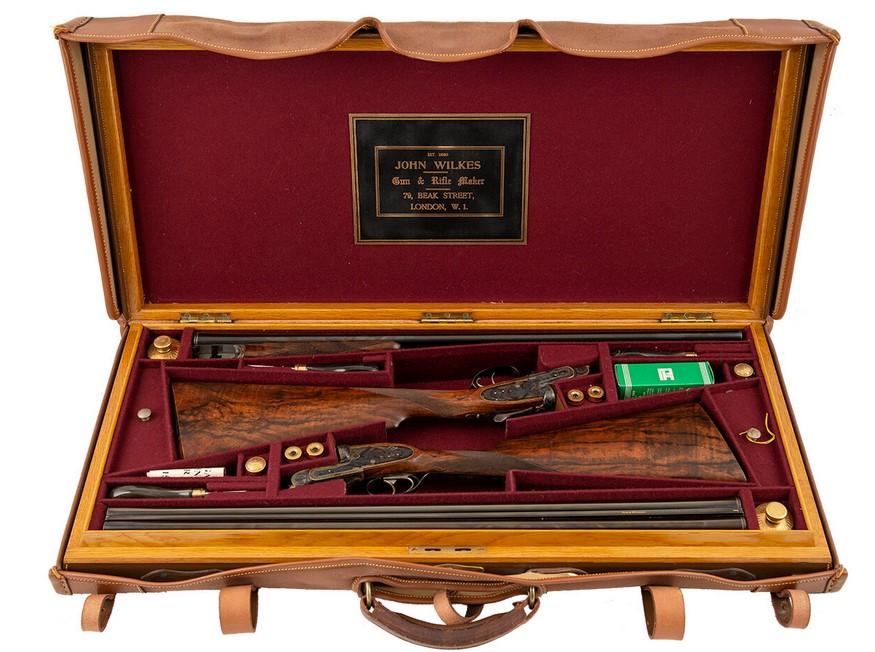 But I would never — ever — take them over to Britishland for some birdshooting in Dorset with Mr. Free Market.  Not if I’m going to destroy those beautiful barrels with poxy steel shot, that is.  (I know, bismuth / plated shot.  I’m too old to learn how to shoot lighter loads.)

Finally, the usual caveat applies:  I accept no responsibility for empty bank accounts, ruined relationships and other such bad things should you follow those links.