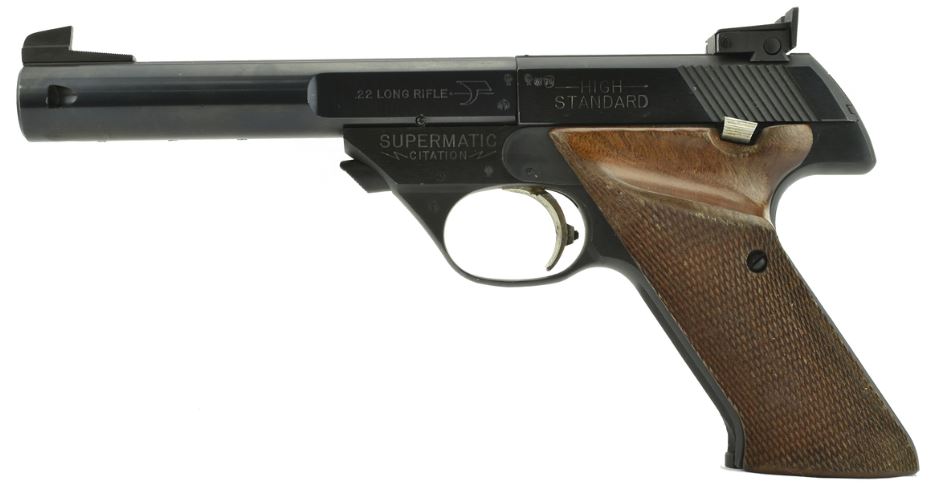 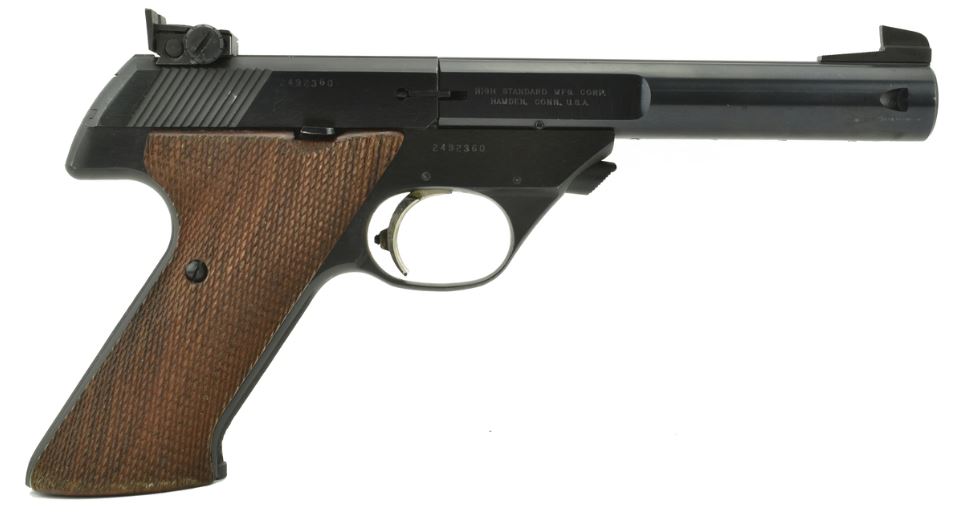 I don’t know anyone who’s had much bad to say about High Standard Citation .22 LR pistols, other than the fact that replacement parts and magazines are ruinously expensive to come by — this, of course, because HS stopped making the line over forty years ago.  It remains the only U.S.-made pistol ever to have won an Olympic gold medal (Rome 1960), and still features in NRA competitions today.

In the 1960s you could have bought one of these beauties for about $40, and today they fetch close to a grand, depending on condition.

Mostly, HS pistols are known for their reliability — provided  that you clean them often (more so than modern pistols), that is, because their tolerances are so tight.  (I was once told by a gunsmith that 100% of the “malfunctioning” High Standards brought to him for “fixing” needed only a thorough cleaning before going back to their original flawless operation.  And we all know that .22 ammo, particularly the El Cheapo practice brands, can be filthy to shoot, right?)

Speaking for myself, the “rake” of the High Standard Citation model is a little too Luger, not enough 1911 for comfort — but that’s just me.  Others love the feel of it, and reckon its point is so natural as to almost compel good marksmanship.  And back before my eyes started to fail, I recall shooting a Reader’s Citation off a rest, and getting sub-1″ groups at 25 yards.

And, of course, he refused to sell it to me (the bastard).