Sheriff Jim talks about a “trend” of people reverting to revolvers as self-defense weapons.

Colt has recently made a big splash with the reintroduction of their Python revolver. At the same time, we continue to see and hear from shooters who cleave to their Smith & Wesson J-frame revolvers. And there seems to be continued interest in revolvers manufactured by several other companies. A custom holster maker recently told me that 70 percent of his orders are holsters for revolvers. I am curious if we are seeing a solid trend back to the defensive revolver, or if this is just some sort of fad.
Of course, many of our older shooters have never quit the revolver. They learned to shoot it and shoot it well. In many cases these folks have had revolvers save their lives and it’s pretty hard to quit a gun that you could rely on in those circumstances. Many of these older shooters also passed their love of the revolver on to their children which has affected the choice for many of the younger generation.

Yeah, no prizes for guessing where I fall on this spectrum.  Despite my eternal love affair with the Colt 1911 Government pistol, my bedside gun is and always has been a revolver, because at the end of the day, a revolver is like a fork:  you pick it up, and it works.  No fiddling with safety catches, worrying about popping the mag by mistake, trying to remember if you racked the slide to load it earlier (in my case, that would be “always”) — your revolver is loaded and ready to go, period, end of sentence, end of story (for any goblin on the naughty end of its muzzle).

For me (and, I suspect, a boatload of others of my ilk), there is no “trend”;  the rest of the world is coming back to realize what we’ve known all along:  the more dire the circumstances, the more we need simplicity. 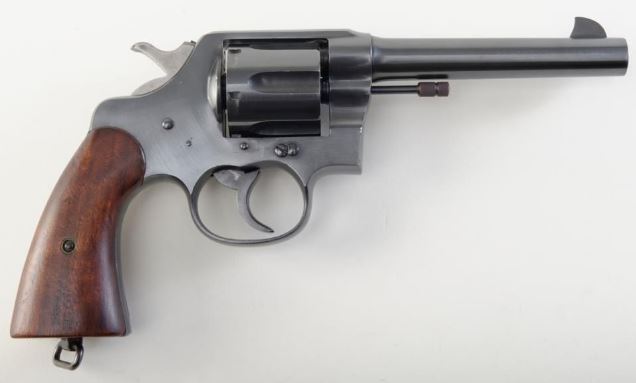 That was my very first bedside gun, back in South Africa:  a Colt 1917 (.45 Long Colt).  I never had to use it in anger, thank goodness, but there’s no doubt it could have handled pretty much any situation short of a regimental banzai attack.

My choice of cartridge may have changed somewhat in the fifty years since then (.45 LC to .357 Magnum), but my philosophy sure as hell hasn’t.