From the Examiner  comes this wonderful news:

Gun sales are expected to push past the 13.8 million sold last year, in part because buyers are growing more concerned that if a Democrat is elected president in 2020, sweeping gun control will pass in Washington.
Small Arms Analytics and Forecasting, a group that watches the arms industry, said today that it expects sales to reach 14 million this year.
Other groups said sales recently spiked as the Democratic presidential race heated up and after Virginia voters gave Democrats control of the state legislature in an election where gun control was a driving issue.
Last weekend, for example, a gun show in Northern Virginia reported that many dealers sold out.
Permits for those wishing to carry a concealed handgun have also surged to a new high.

This actually supports what I’ve noticed anecdotally:  just about every gun store I’ve visited in the past couple of months tells me that sales are brisk — especially among women buying handguns (!!!) — and I’ve already talked about gun shows, where the high prices reflect strong demand.  Also anecdotally, I commented on the ubiquity of AR-15 displays at said gun shows, which likewise seems to reflect steady demand for the Mattel poodleshooter.

Americans Bought Enough Guns on Black Friday to Arm the Marine Corps – Yet Again!
According to the FBI, over 200,000 background check requests associated with the purchase of a firearm were submitted to the agency on Black Friday, marking the second highest gun sales day ever. The previous record was set on the day after Thanksgiving in 2016. In both 2017 and 2016, enough guns were potentially purchased on Black Friday to arm every active duty United States Marine.
…
These numbers also do not take into account firearms which were purchased online. Those firearms will then be shipped to a license seller in the purchaser’s area and a background check will be done when they pick up the firearm, so those checks could be spread out over the following weeks. 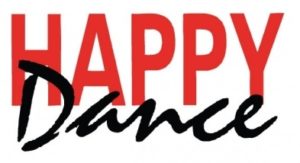 And so in the spirit of this joyous news, I will be running (completely unsolicited) gun ads each day for the next week or so (see below for the first).