As something of an old-fashioned man with eccentric tastes, I have to confess that sometimes my innate sense of logic runs away and hides, leaving me with a fondness for something totally unfashionable.

Probably the most egregious of these is a love of the 16ga shotgun chambering.  [pause to allow the mocking laughter to subside]

I can probably blame John Moses Browning.  Why?  Because of this:

Yes, it’s the venerable Auto-5 (“A5”, as it’s now known), and in 16ga it is known as the “Sweet Sixteen”.  It was the first shotgun I ever owned, and countless rounds went down its barrel before I was finally forced to sell it during the Foul Time Of Poverty, some ten-odd years ago.

I am not the only one thus afflicted — I always found the 12ga shotguns, even the semi-auto ones, a little too much to handle, especially given the quantities of rounds I would fire at a single setting.  I also enjoy shooting the 20ga nowadays (e.g. the gun I keep at Free Market Towers, thankee Squire):

…but were it not for the ridicule and merciless teasing I would have to endure from Mr. Free Market (“not much less recoil, much less effective than the 12” etc. etc.), I would have held out for a 16ga side-by-side for my Britishland Shooting Adventures, such as they were.  Something like this gorgeous Arrieta: 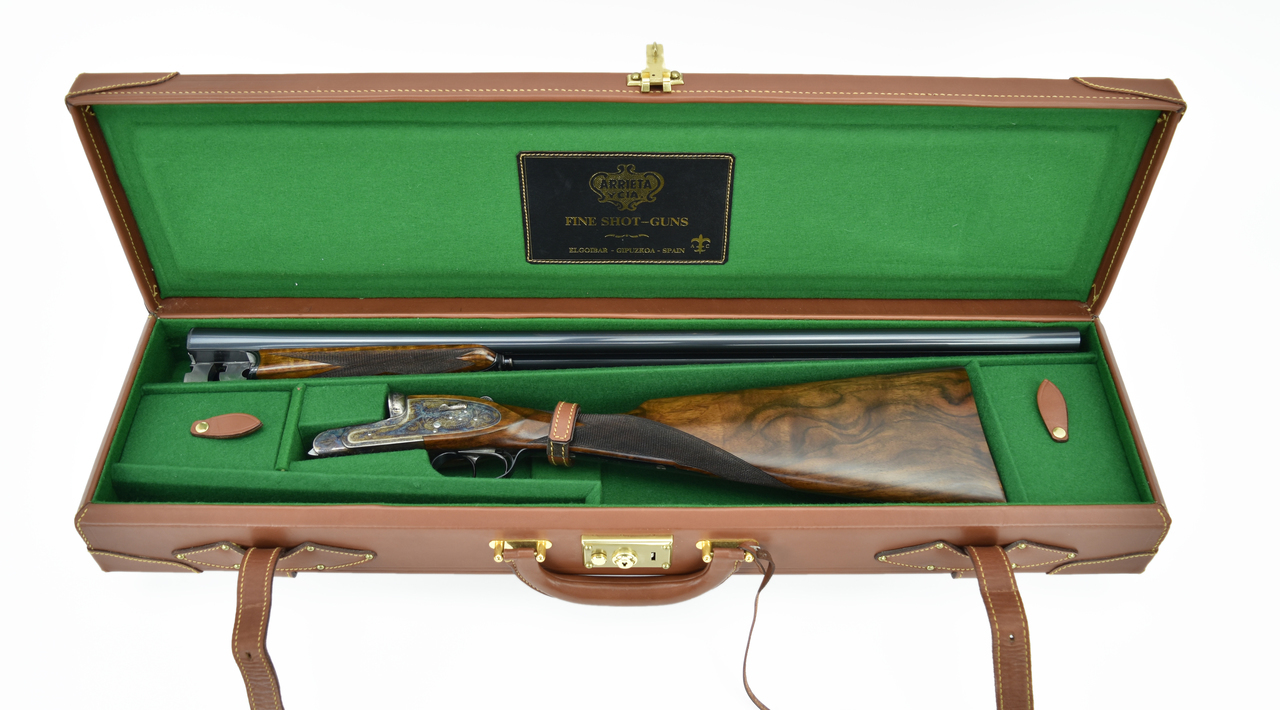 Indeed, before the Tragic Canoeing Accident In The Brazos River, I used to keep a cheap Spanish 16ga side-by-side as a bedside gun.

But getting back to the Browning Sweet Sixteen:  I have to admit that the Auto-5 was not John Browning’s best design.  Even in the “weaker” 16ga chambering, it kicked the hell out of me, and as for the “Light” 12 variant — boy, talk about a misnomer.

Still, whenever I see one of the new Sweet Sixteens, I get a twitching in a familiar place:

…and it’s not in my shoulder, either.

All that said, the 16ga is not an optimal choice nowadays, practically speaking.

Like I said, it’s an impractical choice for someone perhaps just beginning to shoot shotguns.

Just don’t shoot a Sweet Sixteen as your first, and you’ll probably be okay.