2)  Friction Burns — as I keep reminding women:  pubic hair has an actual purpose (as a dry lubricant), so shaving yer pubes is eventually going to cause trouble.  Now “science” proves me right.

3)  Dick Enhancements Don’t — just about anyone with an IQ over 50 could have told you that;  but no, we needed “science” to prove it.  (And a piece of caustic advice for any man who gets criticized for his ummmm shortcomings:  tell her it’s not that your dick’s too small, it’s that her box is bigger than the Lincoln Tunnel.  Instant neuroses, guaranteed.)

4)  Russkis need help with sex — I would have thought they had that pretty much under control, considering that the phrase “like a Moscow street whore” has entered the popular vernacular.  On the other hand, it may just be the older, Soviet-era women who have the problem: 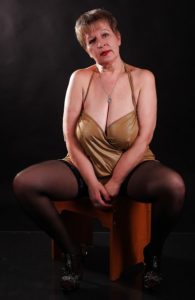 …in which case, gawd help us all.