I hit a link at some website, and encountered this: 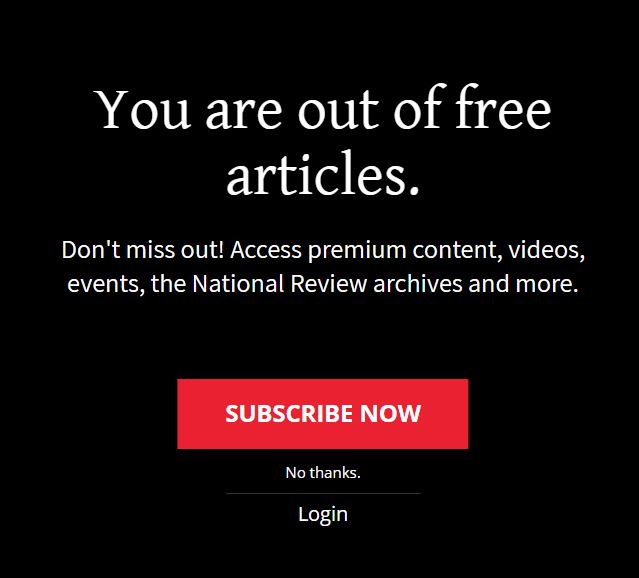 Simple response:  Never mind “No thanks” — it’s “fuck off and die” , because I don’t pay for bullshit.  I last went to the National Review Online website independently (as opposed to following a link) back in, I think, 2009 (before they fired the brilliant John Derbyshire).  They’re a bunch of pantywaist wannabe-conservative NeverTrumpers, and with the possible exception of the late Charles Krauthammer, I wouldn’t shake hands with any of them if I were being paid to do so.  William F. Buckley would have thrown the lot of them out in the 1970s, when NR was a magazine worth reading.  At least the magazine had a little edge when Ann Coulter and John Derbyshire were staff writers, but with their firings, NRO soon turned into a soggy vanilla pudding laced with diarrhea.

The poxy fucking rag needs to fold up its tents and disappear, and the sooner the better.