Megan Fox has some advice on “How to Go Out in Public as a Trump Supporter”.

This because White House staffers have been tossed out of restaurants, cinemas etc. by screeching SJW / Commie / Democrat / Antifa [lots of overlap]  loonies, and because we’re seeing this kind of thing in the so-shull meejah: 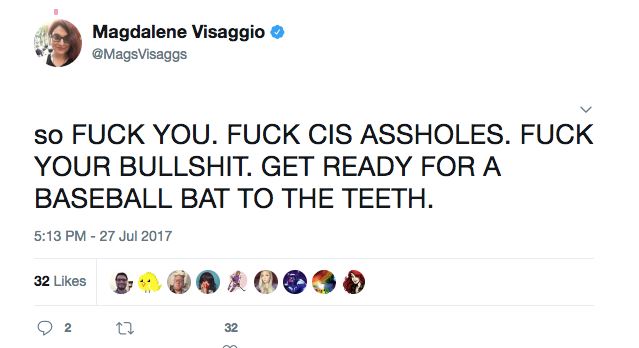 Unable to get what they want peacefully (e.g. via elections and rational argument), it seems as though the Left is starting to preach and foment violence, as they always do under such circumstances.  And as George Orwell once intimated, the Left are all for violence / revolution / [insert violent action e.g. gun confiscation, mass executions or gulag sentences here], as long as they themselves as individuals aren’t required to do it.

So my advice to all Trump supporters is rather more succinct, and less tongue-in-cheek, than Ms. Fox’s:

“How to Go Out in Public as a Trump Supporter”?

As a wise man once said:  “I’m not going to start anything.  But I sure as hell am going to finish it.”  I wonder how the Left will feel if they actually have to reap the whirlwind they’re sowing.

Update:  Looks like I’m not the only one offering this advice.