The key words are “in today’s world”. Of course, it wasn’t always that way — hell, it was never that way before now. Which takes me back to Cappy’s excellent take on living in a 1950s world:

However, I have a bit of good news for you, and it is one of those rare bits of good news indeed. For while “we” as a country can’t and never will return to the 1950’s, YOU as an individual can. And there’s nobody who can stop you.

It’s an excellent, thought-provoking piece and I urge you to read it and reflect. The critical nugget of wisdom in the whole essay is this sentence:  “YOU as an individual can.”

Albert Jay Nock’s precept comes to mind, that one can never and should never try to change the whole of society. The way to effect massive societal change, Nock suggests, is to present society with one complete individual (that individual being, of course, yourself). In a larger sense, of course, one tries to make not just oneself a better person, but one’s family as well: by example, by education and by rearing. (Just understand that as one moves those efforts from oneself out to others, the results may not be perfect, nor even realized.)

And that’s Cappy’s point. Don’t expect the world to revert to the 1950s ethos. In fact, as he points out, modern society is being taught that the 1950s were a bad time because racism / McCarthyism / Cold War nuclear holocaust / oppressed women etc. What’s being omitted from the indoctrination is its purpose, which is to undermine what made the 1950s great:  patriotism, a sense of honor, hard work, deferred gratification, strong family ties, Judeo-Christian morality, modest living and so on. The purveyors of this indoctrination seek to replace all that with (initially) chaos and nihilism, followed closely by an omnipotent and malevolent State which would control our lives.

But what this indoctrination cannot do is stop you from living according to those values. All you have to do is eschew those aspects of modern society which repel you —   rampant promiscuity, immorality and amorality, hyper-materialism, greed, etc. (you know what they are: they’re the Seven Deadly Sins) — and replace them with the values of the 1950s, both for yourself and for those closest to you. That begins with family, and extends to a close circle of friends (always understanding that at some point, others’ values and your own may come to differ slightly or even quite a lot — and you can reassess the benefits of those relationships as they do).

I’m often teased by my friends (and on occasion by my Readers) for being so unashamedly old-fashioned about life, and the things and people with which we associate ourselves.  To this teasing I am entirely inured, and about my attitude I am utterly unrepentant. I am a conservative man, and that’s because I believe that in our own pasts, and in the history of civilization, there is much worth conserving.  Certainly, that is true of our recent history (the 1950s), as much or more as it is true of earlier decades and even centuries.

The whole purpose of civilization has been the freeing of individuals, whether of their physical being or their minds.  What I’m seeing in the modern world is a massive attempt to reverse that — and while the 1950s were often derided for their societal conformity, that conformity was largely benevolent. The conformity of today, as imposed by the Left, is largely malevolent — it is suppression and oppression, all while the Left is claiming (falsely) that it’s about escaping oppression.

This, in fact, is precisely what the 20 Memes link above is describing:  how women were supposedly “liberated” by the tenets of feminism, but how that liberation has come with outcomes that are both horrible and demeaning — for women.

So while the diagnosis is depressing, the prognosis for you as the individual is not. You just have to make it happen — and I know for a fact that a great number of my Readers already have, and all power to them. (WeetABix’s ears, for one, should be burning about now.) Just because society is the way it is, that doesn’t mean you have to conform to it. 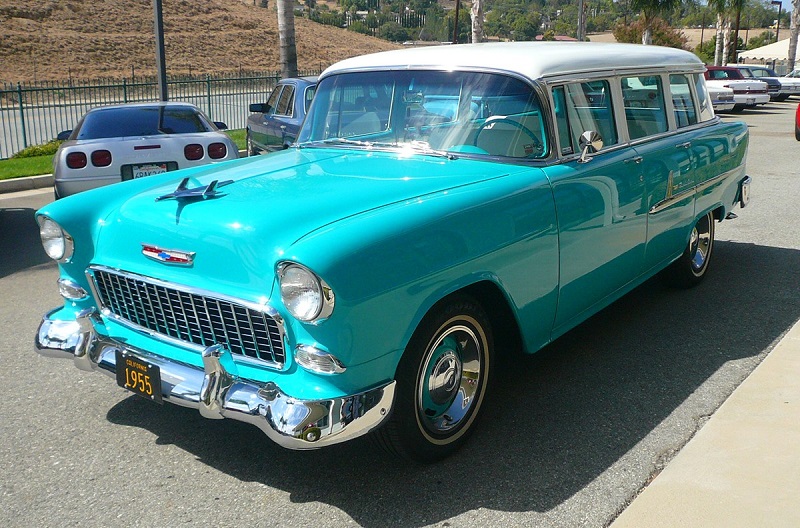 I’m not saying we should all go back to driving one of these magnificent beasts. What I am saying is that if it were equipped with just a few safety features from today (e.g. seat belts), we would not be substantially worse off by driving one.

Now apply that attitude to society in general, and you’ll see what I mean. The best part of what I’m saying, however, is that you get to choose those parts of modernity you want to keep — and then discard the others completely.