So the morning after the day of the Salon Privé at Blenheim Palace (see here and here, below), I was rudely awoken by Mr. Free Market hammering on my door with a cheery, “Come on! Let’s go do a little shooting!”

Now I have to admit that I’m not the drinker I used to be, and the Whisky Hobgoblins were using jackhammers on the inside of my skull. Still, a little plinking at rabbits with .22 rifles somewhere on the Free Market Towers estate couldn’t hurt, I thought as I stumbled from my bed. 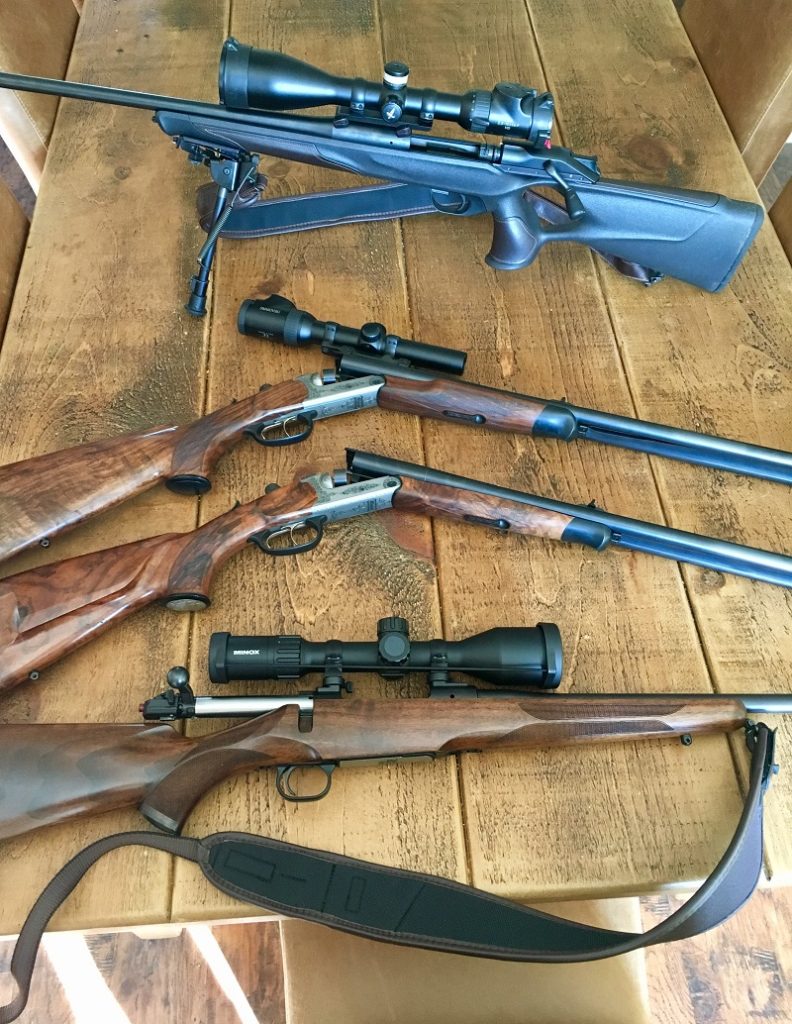 Fortunately, a couple pints of strong black coffee restored my health somewhat (I turned down a suggestion of “a hair of the dog” from Fiend FM), so off we went.

At the Corinium shooting range up in Gloucestershire, Mr. FM and I first sighted in our single-barreled rifles from the bench — I discovered that the difference in zero between a 6.5x55mm bullet of 140 grains and 120 grains amounted to approximately 1″ per 10 grains, i.e. a zero with a 140-grain bullet meant that the zero drifted up 4″ when shooting the lighter 120-grain one — while Mr. FM fired but two rounds of .300 WInMag, got a quarter-inch group in the bull and declared himself satisfied (as well he should be), and then we went downrange to play with the double rifles. (All pics by Mr. FM, by the way.) Here’s what we were shooting (l-r: Merkel .470 Nitro, Blaser .375 H&H, and Blaser .30R): 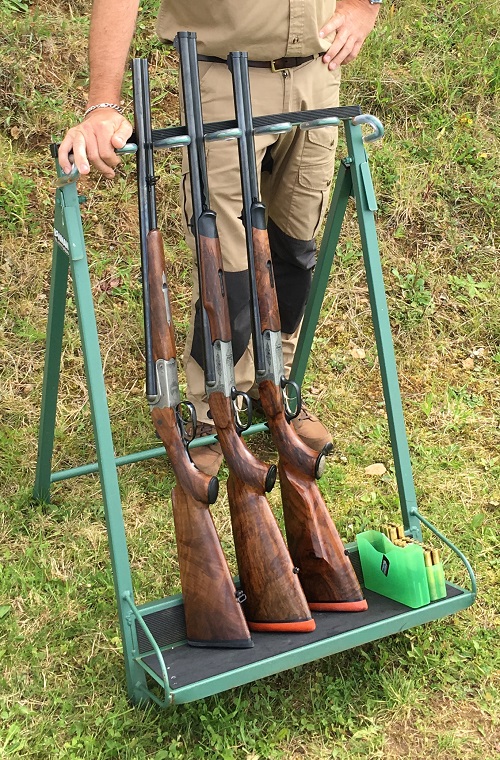 …and from the business end: 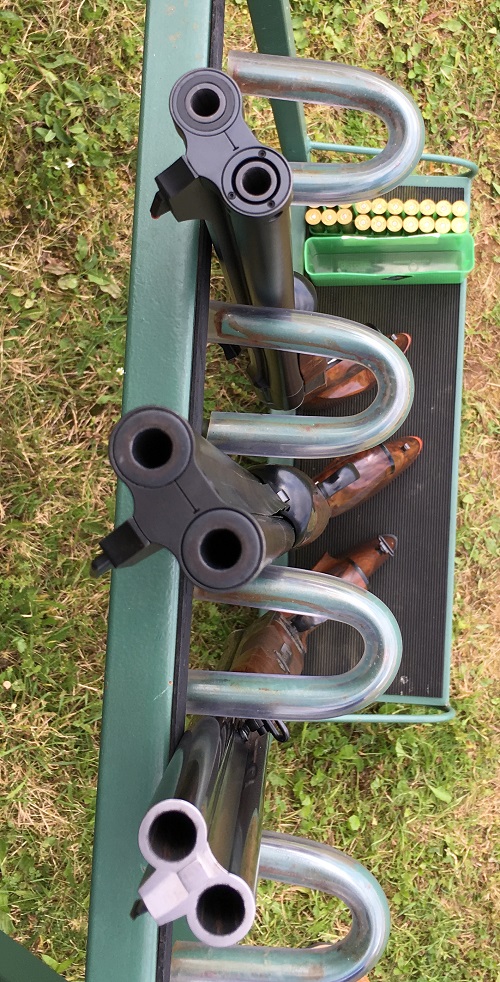 Dear Readers, I’m not going to use my hangover as an excuse for what followed.

I have always prided myself on being able to shoot offhand competently from a standing position — in the past, I have been capable of sideplate-sized groups at close range (25 yards) — but I haven’t had much (okay, any) practice in this particular discipline in several years, and boy, did it show. Here’s a pic of the fiasco: 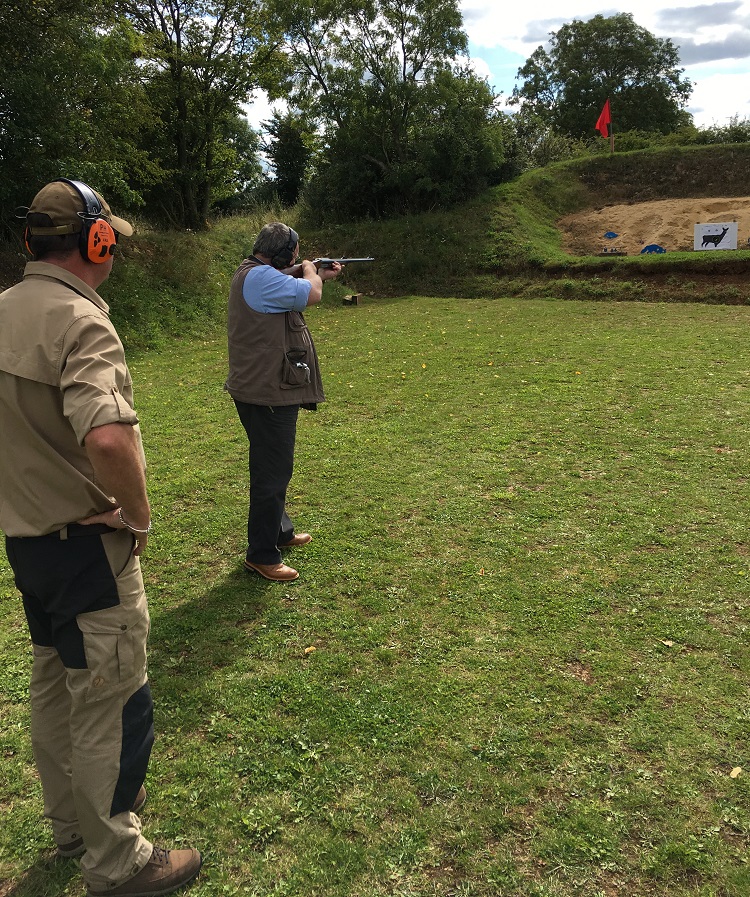 Shooting Mr. FM’s .375 H&H double, the first shot was a clear miss of the deer — about a half-inch below the body, the second marginally better (in that it actually hit the deer silhouette), but the bullet strike was still about a quarter-inch outside the kill-zone. Result in real life: a wounded deer. Ugh. Even worse, I fired a few more rounds with range owner Paul’s Merkel .470 Nitro Express (loaded with bunny-fart practice ammo) and I still couldn’t hit anything. And recoil was not an issue, either. Here are the pre- and post pics which demonstrate the recoil — which was not excessive. 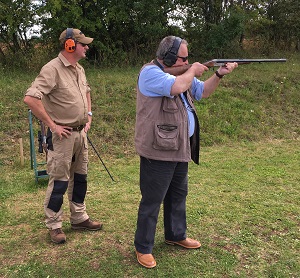 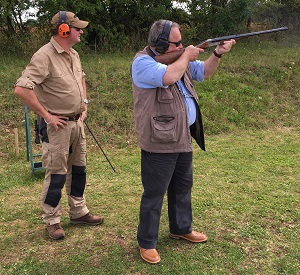 Shit. Poor shooting like this is total bullshit, and I cannot allow that to stand. So when I get back Over The Pond in two weeks’ time, I am going to be putting in some extensive trigger time in Texas on my offhand shooting: of that you can be sure.

I can only apologize to Mr. FM and Paul for my pathetic shooting, but I promise that the next time, I will not make a fool of myself again.

On a side note: I have got to lose some weight — fucking hell, I look nine months pregnant — so there’ll also be a lot less fork time when I get back.