In all my travels around Britishland, I’d never been to the little town of Cheddar, whence the eponymous cheese is derived. So yesterday, as it was warm and not raining, I decided to rectify that with a little day trip to check the place out.

The route from Free Market Towers encompasses, as one would imagine, scenes of indescribable pastoral beauty: rolling hills, freshly-harvested fields or else emerald-green expanses populated by sheep and/or cattle, stone walls, the occasional stately home à la FM Towers, and occasionally an actual castle or two. (More on that topic anon.) Here’s an example, one of hundreds, of a church in an otherwise unknown little town: 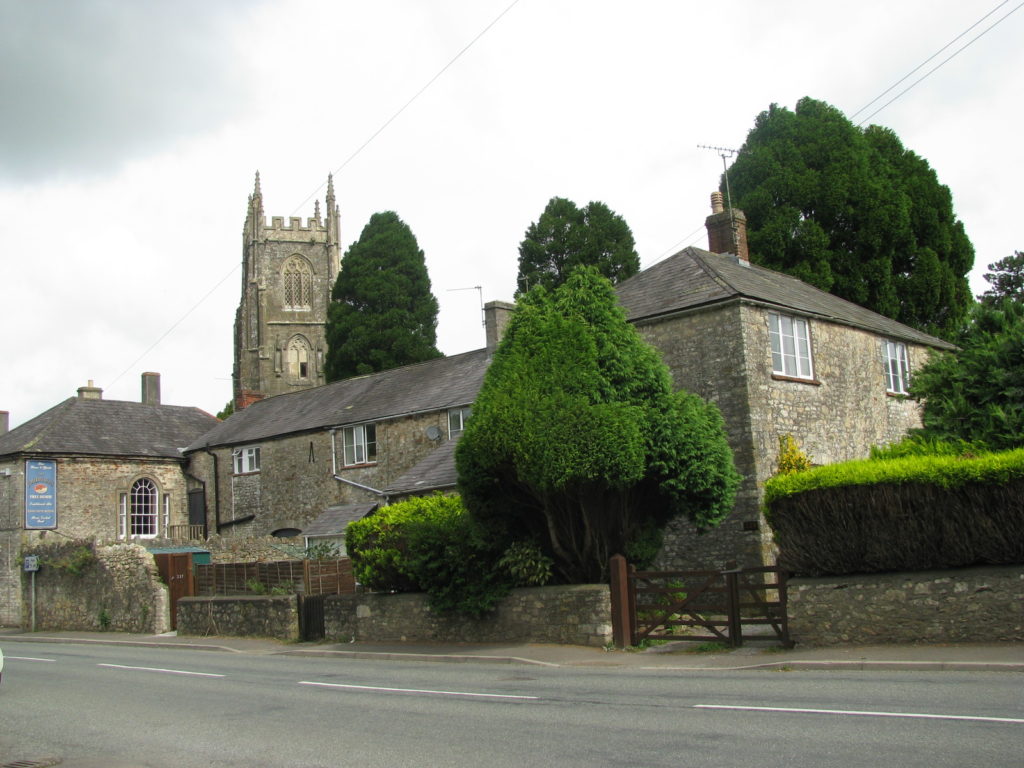 On and on I went (no main roads on my travels, no sir), until the scenery suddenly changed: into a gorge I swept, with towering cliffs and tight corners on the twisty little road: 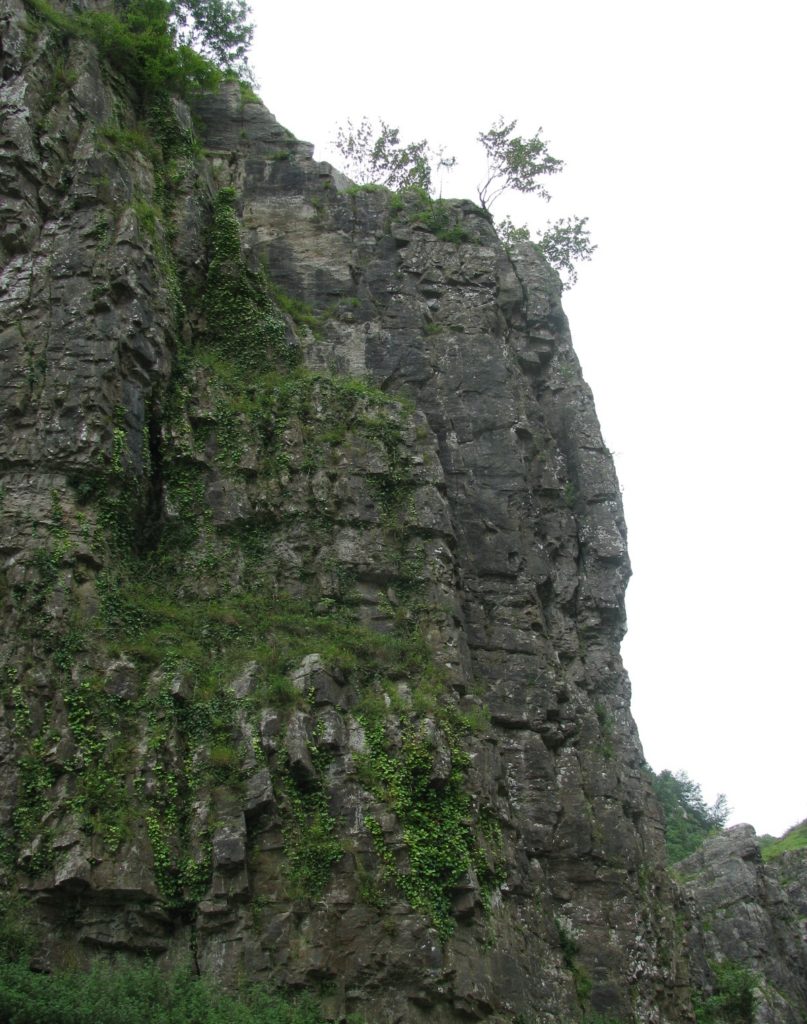 …but here’s why I prefer to travel when it’s either late autumn or even winter.

You see, because it’s the summer school holidays Over Here, about a zillion people had had the same idea as I, with the subsequent dolorous result: 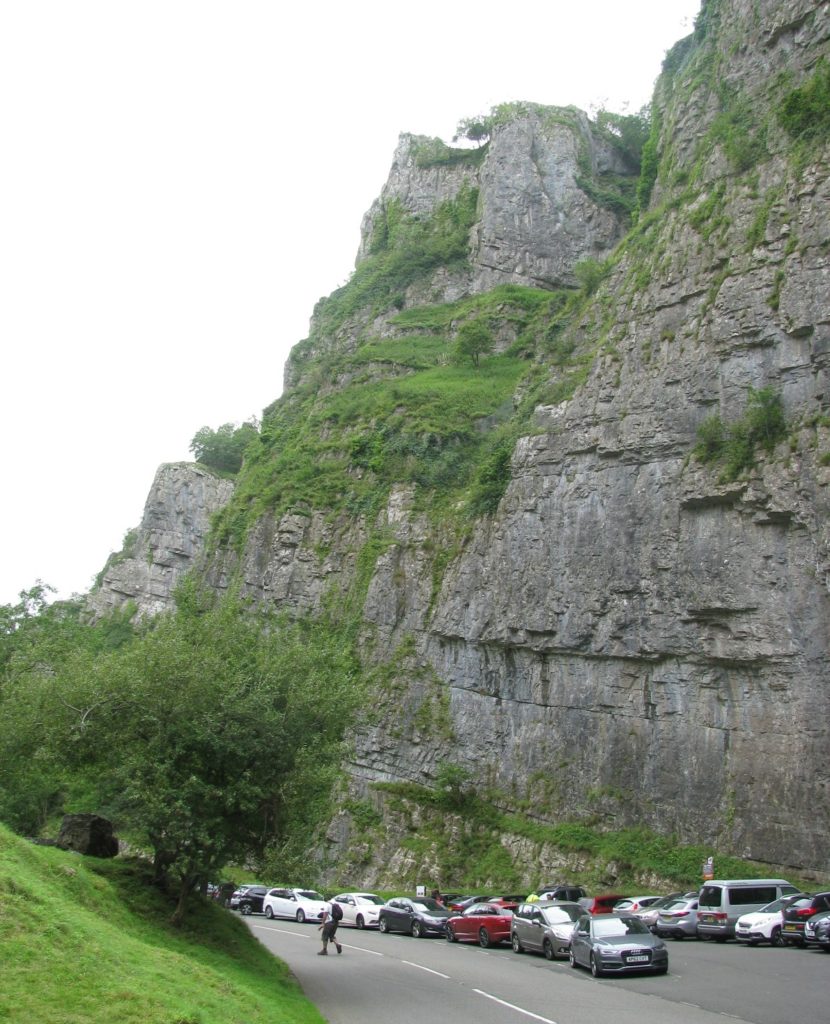 That was only one of about a dozen car parks scattered along the road that wound through the gorge — and almost everyone had walked the mile or two down the road into Cheddar itself. If you can imagine the Boardwalk on the Jersey Shores over a midsummer weekend, you’ll get the picture. I couldn’t stop to buy cheese — in fact, I couldn’t even stop to get a picture of the mayhem, so crowded was the place.

So in foul humor I retraced my steps out of Cheddar and back, more or less, along the same way I’d come.

Because you see, en route I had been rather taken with a tiny little village named Norton St. Philip, which had not one, but two interesting pubs on its narrow streets. I picked the George: 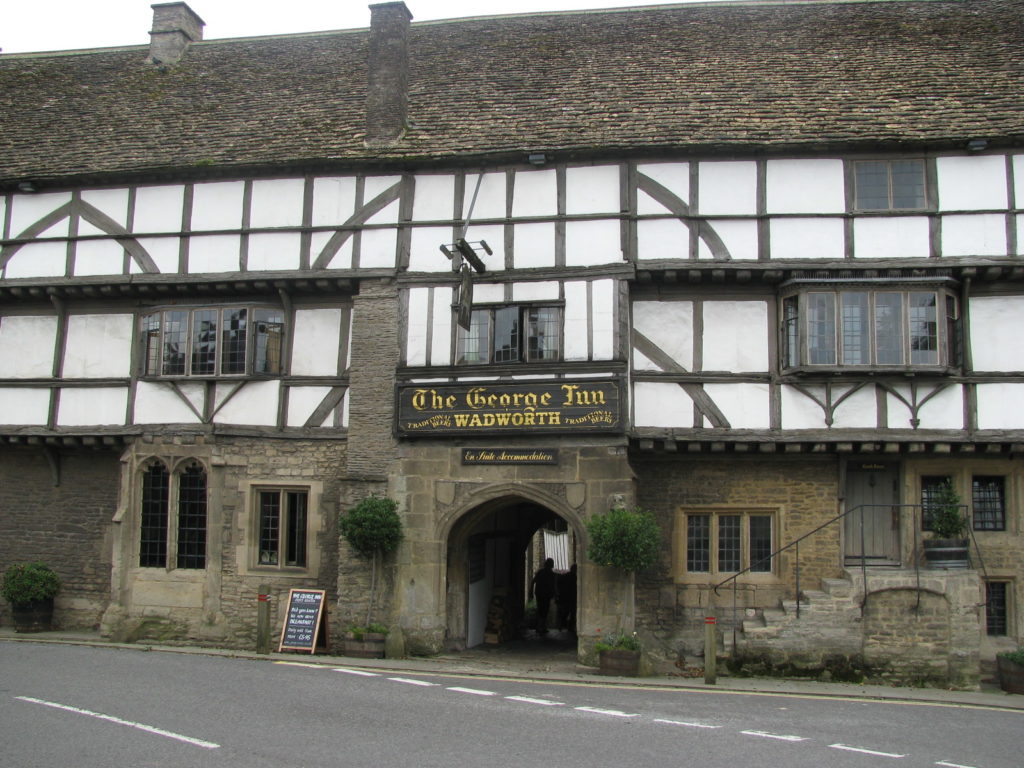 …because a.) there was lots of parking and b.) because Observant Readers will note the presence of the “Wadworth” brewery sign, which meant the wondrous beverage 6X (which I sorely needed after the disappointment of Cheddar). I discovered reason c.), by the way, as I walked into the place: 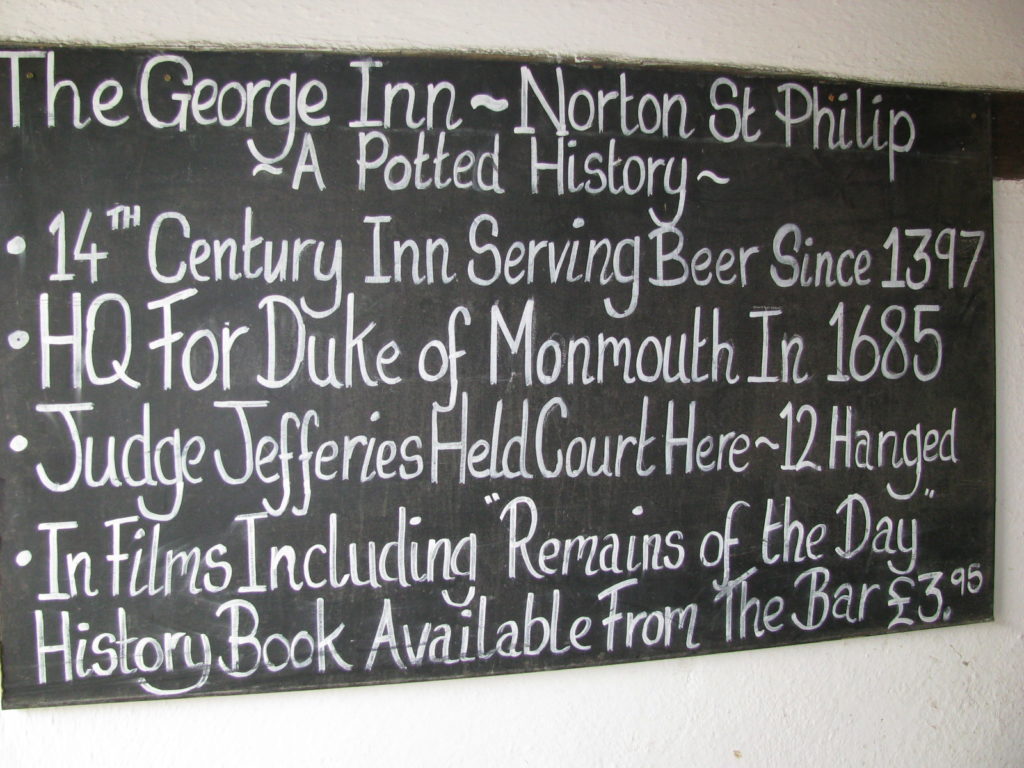 So: heritage, hangings, history and 6X all in one place — like I was going to pass up that little combination — and the George wasn’t crowded either, so I could sit in undisturbed peace and quiet and enjoy my lunch of lamb’s liver with bacon and mashed potato, all washed down by a glass of refreshing 6X.

And on the topic of heaven, here’s a view of the church at Norton St. Philip, just below the pub and across the village green (and it’s even more beautiful than my humble pic suggests): 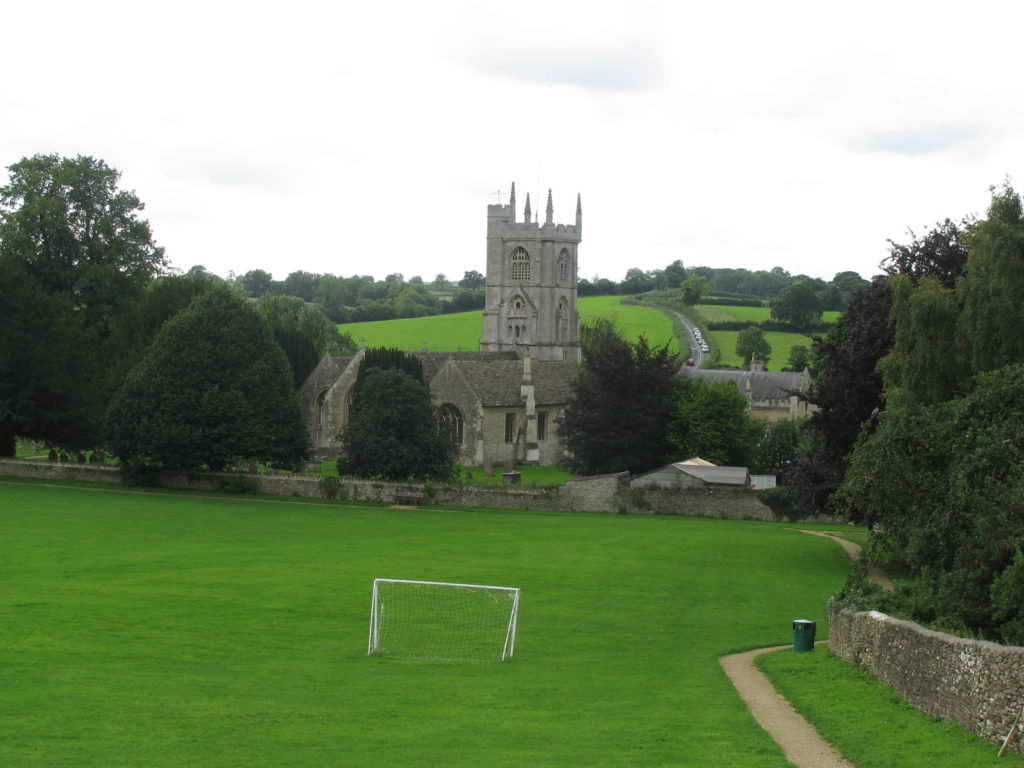 I’ll be back — but only when it’s colder. The George has this huge fireplace in the pub, you see, and rooms with bathrooms, so I won’t need to stay sober to drive home. Hell, I might just call The George home and never leave Norton St. Philip…