Doc Russia finally released his African safari pics for publication, with the understanding that I blur his features — ever since that Minnesota dentist got into trouble just for shooting Cecil The Geriatric Lion in Zimbabwe, hunters have become skittish about showing their kill pics on Teh Intarwebz — so here we go.

In case anyone missed the stats: the rifle used was a CZ 550 Safari (essentially the old 602 Brno ZKK) chambered in .375 H&H Magnum. Ammo was Buffalo Bore 300gr solids. Also, the hunt took place on a game farm in the far-northeast area of South Africa, near the town of Hoedspruit (full details on request by email for anyone who wants to give this a go themselves).

Doc told me he wanted to pot a hyena just because its skull is unlike that any of the usual predators one sees about the house. Being Doc, he had to bag Giganto-Hyena: 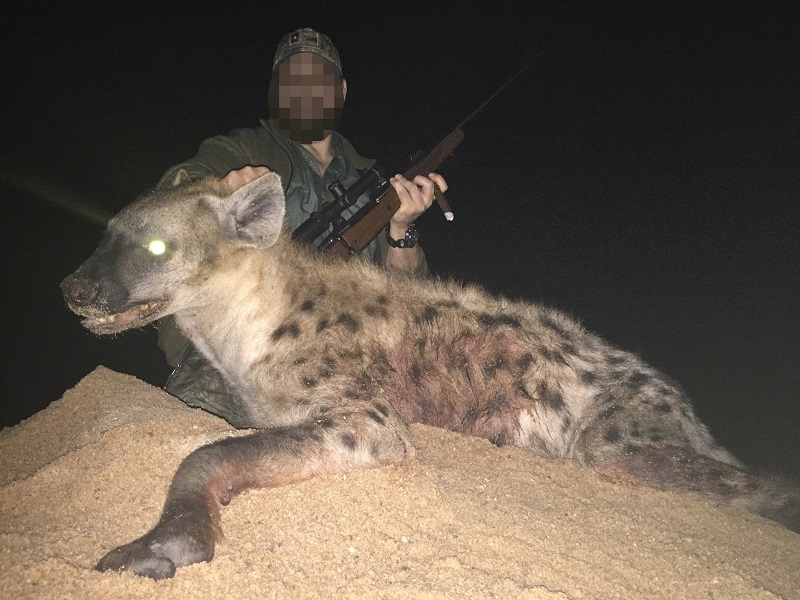 Apparently, this was done over bait at night, and despite his first shot being a killing-blow (i.e. sucking chest wound), someone neglected to inform the hyena, so a second shot was necessary.

Then on to serious business,: Cape Buffalo. The pic below shows Doc, his buff and Mr. Free Market (features likewise blurred because of Cecil-bullshit): 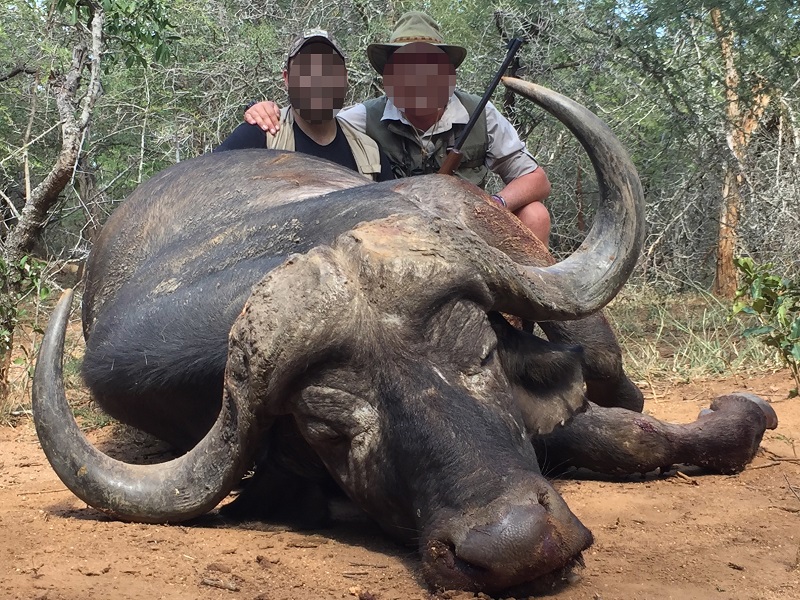 Mr. FM also got a buff, and declared it so much fun that he might do it again next year. Because I’m not keen to lose yet another friend to African silliness, I’ll try to talk him out of it; but I must admit that for someone who did several tours with the 1st Paras in Northern Ireland during the unpleasantness of the late 1970s, “danger” is probably a relative term. And Doc’s a rifle-company Marine, so ditto. Maniacs, both of them. 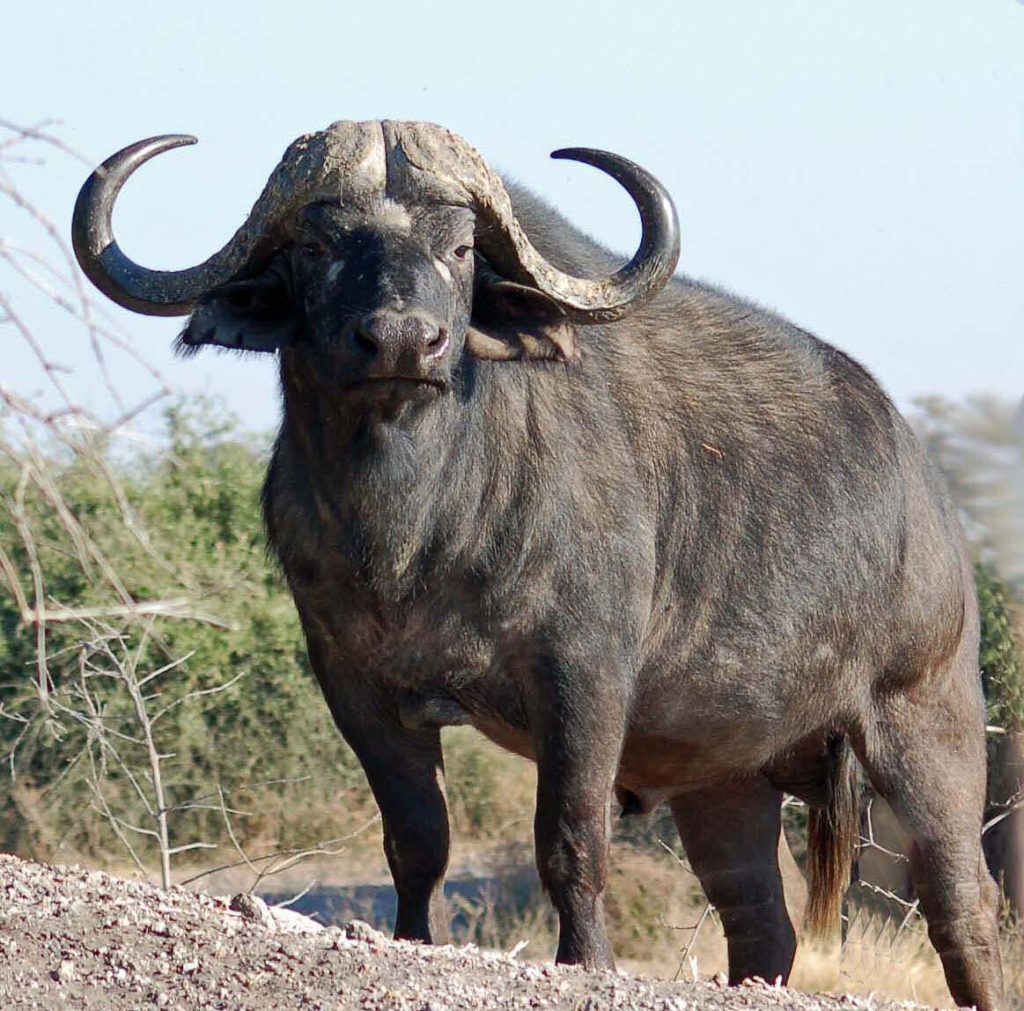 Maybe next year I’ll go along, just to keep an eye on things, and the lads in check.