More news from the Female Orgasm Front: apparently, eight out of ten British women fake their orgasms. (Men do too, just in smaller numbers.)

And in an unrelated development (via Insty again), some guy has invented a machine (called a “Yarlap” — priceless) which stimulates a woman’s pelvic floor and may help her have an orgasm.

Still don’t care. I thought that kegels were supposed to do this precise function, but apparently eight out of ten British women are either too drunk or too lazy to do even this most basic of exercises.

And just to add a little visual to this piece, here’s the pic (again) of Typical British Chick: 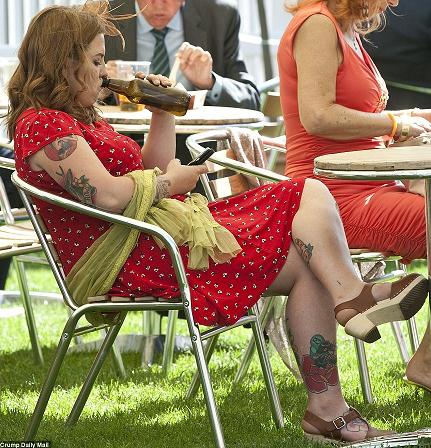