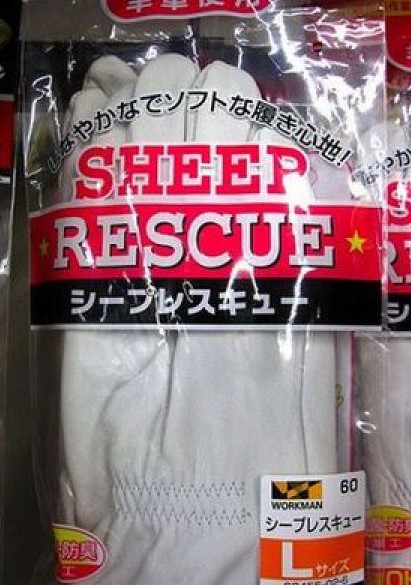 So put them on, and let’s examine the news.

…only ONE inmate?  The Clintons must be having money problems.

…but you have no problem with states sharing personal data when it come to guns?  Got it.

And on the latter topic:

…said negotiator being none other than Texas Senator John Cornyn.  I’m sure that the thousands of blistering phone calls he got from angry Texans had nothing at all to do with his walkout.  And on that same note:

…don’t make any long-term plans for your future in the Senate, Bubba.

…ye gods:  I had no idea we were in THAT much trouble.

…that’s only relevant if his mistress had made that a pre-condition.

…couldn’t happen to a nicer shithead.

…and that’s enough of your party’s bullshit.  You start it, Bubba, and we’ll finish it.

…feel free to add the adjectives “Black” and “White” where appropriate.

…sure.  Start with the biggest offenders — China and India — and let’s see how that goes.

…yeah, I’m sure he’s going to get right onto that, given that he declared war on the energy industry as a candidate.

And in the “Who Cares?” department, a.k.a. INSIGNIFICA:

…and nobody cares, boo hoo.

And lastly (with link):

…the “business meeting” being no doubt with some “clients” at the docks during Fleet Week:

So much for the news…