Florence Welch (minus The Machine), that is.  Here she is at some awards thing: 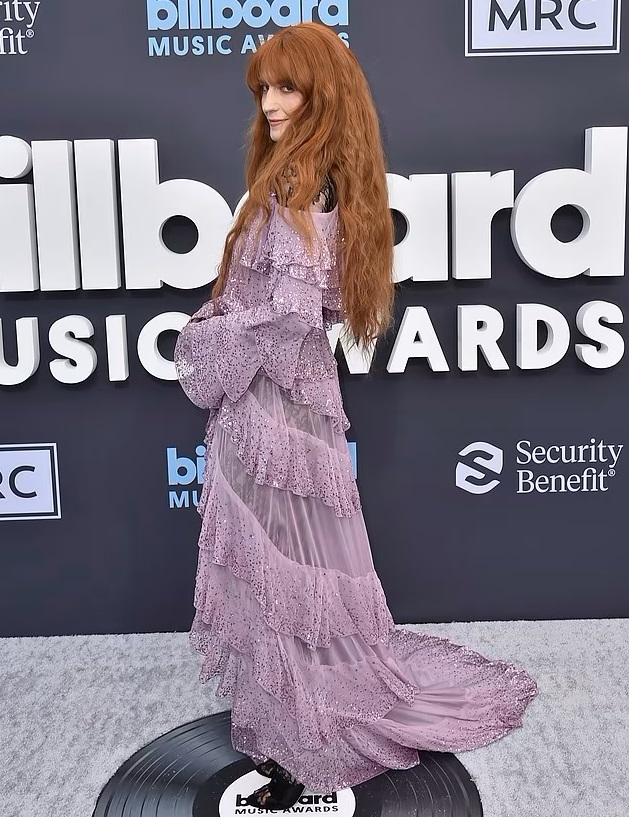 However, that’s not what I wanted to write about at all, but my train of thought was shunted onto a branch line by her rather striking appearance (and the red hair).

If you go to the article which features her and read all the way down to the category winners, however, I have this to say:  apart from Adele and (I think) Ed Sheeran, and apart from the obvious oldies, I have not heard a single one of the contemporary songs, nor even any song by the nominated artists.  Not one.  (I tried to listen to a Taylor Swift song once, but I quit before the end of the first chorus.)

Now, the songs may have been playing as background music at the mall or blasting from some lowered Honda Civic at the traffic light, but I certainly did not identify them with any of the listed singers/bands.

I think I’ll go and listen to a Soundgarden or Chopin album, or something.