…in normal times (whatever those are these days).

In Boscastle, Cornwall, where The Englishman has a holiday cottage, a local restaurant has set up a 24-hour webcam to show the outskirts of the village where the river runs down the hill on its way to the Atlantic.  Yesterday I went there, expecting to find a black screen.  Silly rabbit, I forgot it was England (note the time stamp): 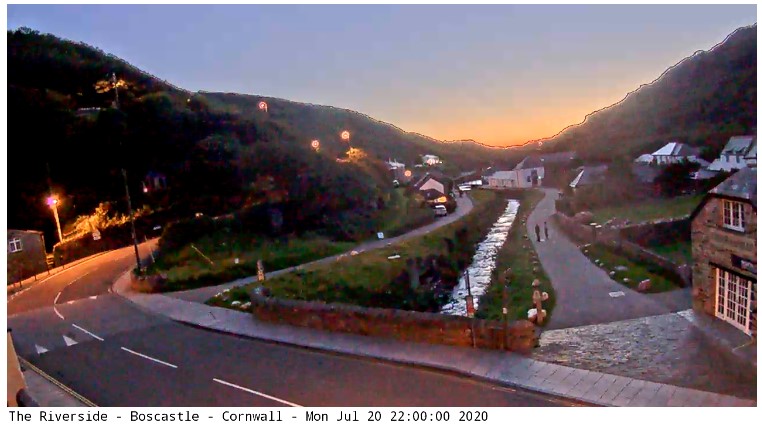 I sat for a while, just watching as the occasional car went past on the road and people walked up and down the paths which run along both sides of the stream, and my mind went back two and a half years, when I was there all by myself…

A pint of Tribute Ale (local Cornish brew, on a par with Wadworth 6x) at the Cobweb Inn, hot fresh rolls from the little Spar grocery store behind from where we’re watching, and of course, the matchless fish ‘n chips from Sharon’s Plaice, just behind us to the right.

It’s a scene as familiar to me as my own backyard, it was one of the best weeks of my life, and I wish I was there right now. 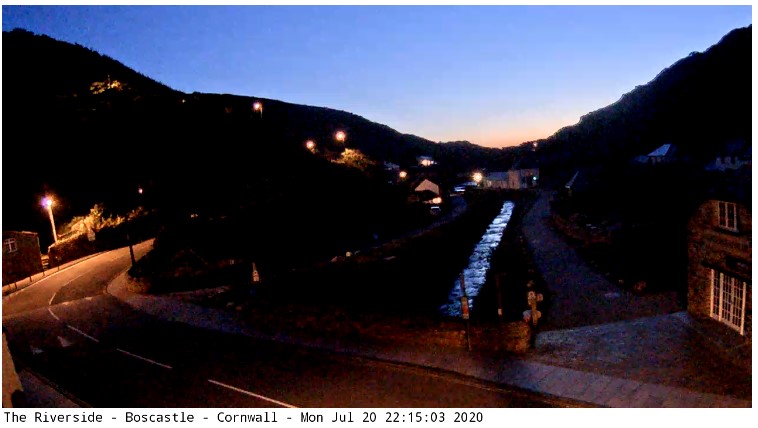 Time to turn in.

I too logged on yesterday to see the sunset.  The little building opposite the Old Store House has been turned into a bijou restaurant.
A lady staggered out with a bunch of flowers and meandered up the path to the bus stop which provided much needed vertical stability.  It was a joy to watch, especially with the jeopardy of the stream edge which she was close to several times.
I wish I had been there.