Sheriff Jim talks about the myths of self-defense carry, and a couple of times I found myself nodding in agreement along with him.  Here’s one of them.

On long trips I carry a backup S&W 637, but it’s not all that easy to get to (certainly not as easy as my 1911), but I always had that nagging feeling about that “Two is one, one is none” trope — specifically, if you’re carrying a second gun in case your primary gun fails, then perhaps you need to have more faith in your choice of primary in the first place, and get a better gun.

That said:  even my faithful Springfield 1911 has failed, twice, and fortunately, both times at the range.  The first time (at around the 25,000-round mark) was when the slide stop broke (snapped halfway through), but the remnant of the pin still held the gun together through the rest of the shot string when the mag was empty.  So in a self-defense situation, that might not have been so bad.

The second failure was more substantial:  at the 35,000-round point the safety catch broke, almost literally disintegrated in the gun, and the gun became inoperable.  (Fun fact:  when that happens, the grip safety also becomes inoperable, so the 1911 is not safe to carry with a round in the chamber.)  It didn’t matter about the rarity of this event — not only had I never heard of it happening, but the gunsmith hadn’t, either;  nevertheless, it did happen, and I have to admit that it left me quite shaken.

So maybe, just maybe, Old Faithful isn’t that faithful after all — which makes an argument in favor of carrying a backup.

Maybe a revolver makes a better choice for a primary carry gun — I know, six, seven or even eight rounds aren’t the same as the fifteen-round mag in yer Glock — but revolvers are inherently more reliable than semi-autos, so… 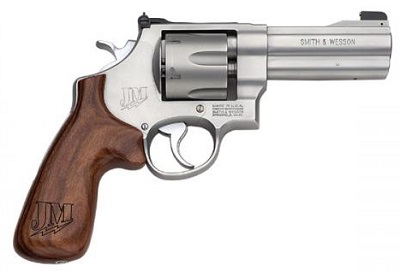 I have to tell you, after the 1911’s safety broke, I first started thinking about carrying a revolver instead of a semi-auto, and it’s something that weighs on me to this day.  I am very much tempted by the 8-shot Mod 627: 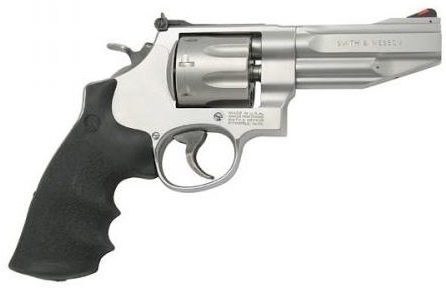 Eight rounds is what I carry in my 1911 anyway, and while a revolver loads a little slower with a speedloader than a mag-fed semi-auto, it’s not that  much slower (after considerable practice, which I’ve had).

This is what happens when you start looking at the carry myths (thanks, Sheriff Jim) — you start to rethink all sorts of long-held habits and beliefs.

There you have it.