From one of my “List” posts, this one I think about Desert Island Guns, came this thought in Comments:

I’ve probably answered this question in one way or another many times, so I’m going to keep it short.

In the (African or Canadian) wilderness:  if I had to carry them, I’d want a scoped dangerous game double rifle in .375 H&H and a Blackhawk .44 Magnum revolver.  If I were in a cart / off-road truck, then the above two plus a scoped light rifle in 6.5x55mm Swede, a .22 rifle and another .44 Mag revolver.

There is no “wilderness” in America anymore… [removes tongue from cheek]

Because I haven’t talked much about double rifles before, I’d look at something like this Franchi: 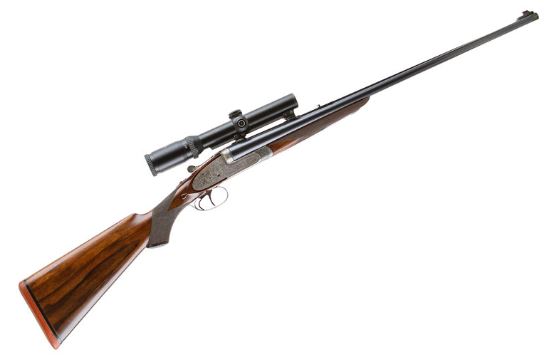 The double trigger is in case one breaks (it happens), in which case you still have one workable barrel.

Simple questions to answer, because I’ve thought about the two scenarios before, and quite often withal.