Apparently Bernie Sanders, socialist Senator and POTUS wannabe, had a heart attack on the campaign trail but survived after some pretty nifty (and quick) medical care — after which the Commie asshole had the nerve to bellow:  “Medicare For All!” (his campaign slogan).

As Dan Greenfield has pointed out:

While Bernie’s timetable of getting an angioplasty within a day might not sound that impressive to Americans, in the British NHS system, the median time from assessment to treatment is 55.3 days.  Mean times for treatment have been cited as being 80 days.  The maximum NHS waiting time is supposed to be 18 weeks and almost 16% of patients in the UK have to wait more than 3 months for an angioplasty.
Canada’s socialist system has angioplasty waiting times of around 11 weeks.  And that’s after you get an appointment to see a specialist.
…
Bernie waited a day in Vegas to get his angioplasty.  In Norway, he would have waited 39 days.
In Finland, which Bernie has also cited as an inspiration for his socialist program, he would have waited 22 days.  In Sweden, another favorite of American socialists, Bernie would have waited 42 days.

Greenfield also points out (and I paraphrase) that as President Sanders, the man who would have implemented socialized medical care, Our Bernie wouldn’t ever be subject to the same kinds of waiting periods imposed on others:  oh no.  He’d have been whipped into Bethesda Naval Hospital within the hour, and had an angioplasty a couple hours later.

Which is always the way with Communists:  the ordinary people suffer while the nomenklatura  get only the best.  And under socialism, ordinary individuals’ lives are irrelevant as long as the principle is upheld.

Well, I wish the evil old bastard had croaked, just on principle. 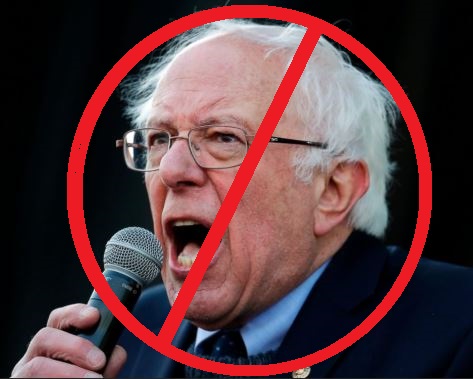