All my life, I’ve loved bread.  As a kid I ate bread with every meal, mostly the commercial white- or brown loaves (called “government bread” in South Africa because the price was kept low by a combination of both subsidy and quota production).  The nearest equivalent today would be the Wonderbread/ Hostess/ generic breads found in supermarkets (U.K. equivalent:  Hovis/ Warburtons/ store brands).

Gradually as I got older and my taste buds matured, I discovered bakery breads, my taste for which became exacerbated by visits to Europe and exposure to wares of the boulangerie  and bäckerei… oy, my mouth waters just thinking  about the Viennese brötchen  I’d gobble down with my morning coffee.

All went well, until my doctor told me that I needed to change my diet (his exact words:  “If you don’t lose weight, you’re going to die, you fat bastard”).  There were other words related to my extreme paucity of exercise (“Get up off your fat ass and start exercising, too.”)

I know that diets don’t work;  only permanent changes in lifestyle and eating habits do.  And the only change that seems to work without being too much work is getting rid of the bad things which cause you to gain weight, chief offenders being starches (grains) and sugars.

Sugars were not too difficult, as long as I cut out stuff like Coke and fruit jams [moan];  but I was never going to eliminate sugar from my diet altogether because I can’t drink coffee without at least a little sugar to cut the bitterness — and I’ll never  give up coffee.

The grains were not altogether difficult to cut back on.  I’ve never cared much for pasta — whatever it’s called, it’s all the same stuff — so Italian dishes like lasagna and macaroni went into the trashcan.  Ditto rice, which I’ve always liked but found easy to drop.

But then comes the worst offender:  bread.  Oh… fuck.  Wait:  you mean no more baguettes? 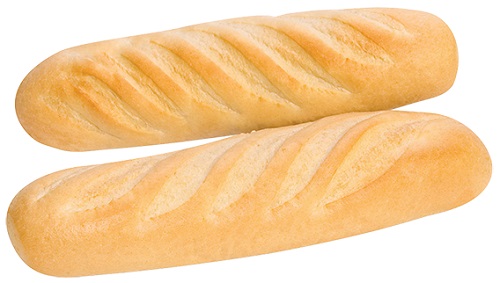 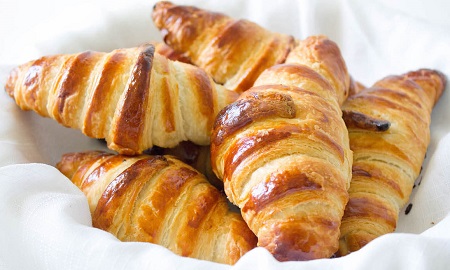 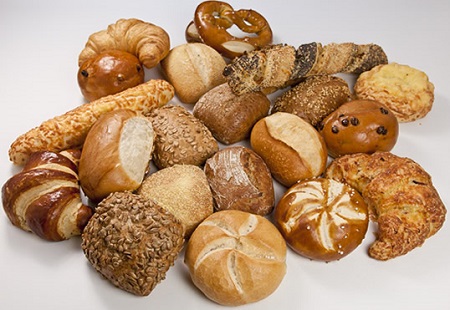 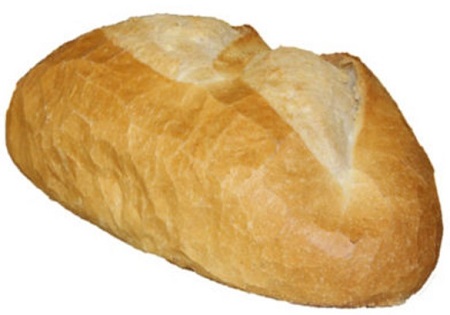 So here’s what I do.  I limit myself to two slices of toast (or one croissant) on Saturday mornings, and occasionally a toasted sandwich (cheese, or chicken mayonnaise) on Friday nights.  Those are my “cheats” (without which I’d never do any of it).

And I hit the gym — treadmill and stationary bicycle for half an hour — every weekday, religiously.  (When I was still at Doc Russia’s house, I walked about two miles per day, including a quarter-mile up and down Thrombosis Hill*.)  The results have been quite pleasing:  270 lbs in Jan 2017, somewhat south of 230 lbs today, with a goal weight of 205, which was my weight at age 23 in the Army, right after boot camp.  (Some asswipe once suggested that at my height, my goal should be 175, whereupon I chastised him sorely, saying that I hadn’t weighed 175 since 1969 at age 15.  When he got his breath back, he agreed.)

But I still miss — I mean, constantly — my daily bread.  Were it not for that “death” bullshit, I’d dump the whole stupid diet/ fitness lark in an instant and go back to my four slices a day.  I mean, FFS:

*the road up the hill behind Doc’s house, which requires cars to shift into low gear at the base.