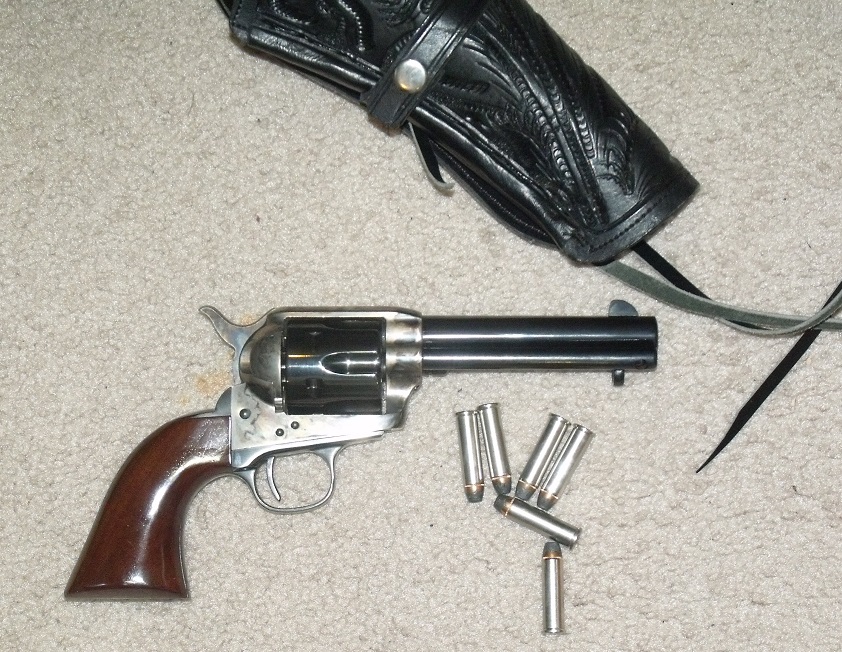 I bought this some years back when the gov did an “economic stimulus” of $400 for veterans.  I decided that the best thing I could do with the check was to piss off Nancy Pelosi and buy a gun so I took a ride up to H&H in Oklahoma City.  I may have paid a bit too much but I fell in love with the look and just had to add it to my collection.
I went with .357 because I have several revolvers and one long gun (Rossi 92) in that caliber.  I have .38 and .357 reloading dies and about 3500 rounds in stock.  The pistol rides in a nice holster that I bought down in Mexico back when it was safe to cross the border.
If our idiot governor had signed off on Constitutional Carry, this was going to be my BBQ gun.  It shoots pretty straight and with a stout hollow point .357 load I don’t think that I’m going to need more than six anyway.

“Hi, my name is Dave, and I’m addicted to pretty guns.”

Everybody say after me…