Teaching has always been one of those professions which is driven by passion or idealism — the desire to teach the young about a subject the teacher thinks is worthwhile for them to know — and as with all professions that can call on people with such idealism, the pay sucks. It’s just as true for professions like acting, advertising, music and the like: you’ve got a market which just begs to exploit its workers, hence the appearance of institutions like the Screen Actors Guild and teachers’ unions which negotiate things like pay scales and working hours.

The people who sit at the bottom end of the totem pole are the part-timers: the people who don’t work enough to qualify for industry benefits, or who are kept outside the part of the hierarchy which does. Part-time creative types (as explored here) employed by ad agencies are little more than hired guns, used for a particular project and then fired when the thing ends.

What happened in tertiary education was that the academe created one way to protect its long-serving or more meritorious teachers: tenure, or the reward for a person who could continue to work at their subject (with research and/or teaching) with a certain degree of job security. It’s the dictionary definition of a guild, by the way.

I remember talking to several of my erstwhile professors when I was still a student and thinking about life after graduation, and while all of them encouraged me to go further with post-grad study (a couple still pester me to do so, incidentally), they were also all very circumspect in telling me that my job prospects would be good (because of my scholarship), but my actual employment was likely to be shaky. Even with a PhD., the best I could hope for was adjunct-professorship, which did not excite me for obvious reasons. (Then Life intervened and I had to quit any thoughts of doing that anyway.)

So this article (via Insty) evoked from me a wry smile, because it epitomizes for me not the plight of the adjunct professor who’s been forced to become a call-girl, but just emblematic of the teaching profession in general.

There is nothing she would rather do than teach. But after supplementing her career with tutoring and proofreading, the university lecturer decided to go to remarkable lengths to make her career financially viable.
She first opted for her side gig during a particularly rough patch, several years ago, when her course load was suddenly cut in half and her income plunged, putting her on the brink of eviction. “In my mind I was like, I’ve had one-night stands, how bad can it be?” she said. “And it wasn’t that bad.”
…
Sex work is one of the more unusual ways that adjuncts have avoided living in poverty, and perhaps even homelessness.

I used to know two women, one a schoolteacher, the other a theater actress, who had to resort to this activity because they just couldn’t make ends meet on their pittance of a salary. And I’ve talked before about how I feel about prostitution — or rather, the change in my attitude towards it over time. And ironically, female adjuncts have it easier because the prostitution market favors women over men. Men deliver pizzas, women sell their bodies.

Glenn thinks that this phenomenon means that the Ivy League should be abolished. I differ somewhat in that I fail to see why academics should be treated differently from any other profession — in other words, if adjunct professors as a group are being ill-treated by their employers, they should form a union just as movie actors did back in the 1930s. There’s nothing sacred about the academe, after all: it’s a profession like any other; and its purported lofty idealism doesn’t make it any more special — especially when the institution treats its lower-tier workers so badly that they have to fuck strangers for money just to make ends meet.

So they’ve started to talk about unionizing, with a predictable response from the academe, which has ironically proven itself to be little different from the Gilded Age robber barons they would normally excoriate. In other words, the education establishment is no different from any other commercial institution, which kind of undermines the whole “sacred mission of educating” nonsense they’ve been spouting for decades.

And if they’re going to behave like corporations, perhaps — no, not perhaps — we should start treating them like one. On current performance, therefore, their results are pathetic: high dropout rates, ill-educated graduates, no ROI on university degrees, over-reliance on government funding, overpaid senior executives and authoritarian management. And let’s not forget our original thesis: junior staff needing to resort to prostitution to supplement their inadequate wages. 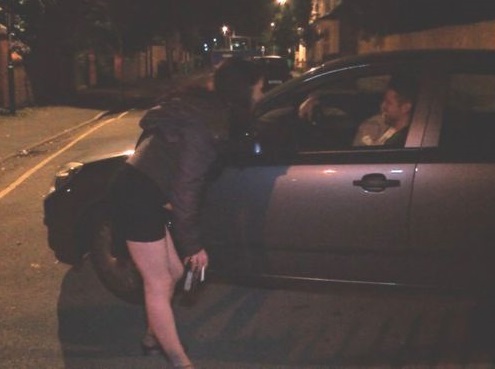 John D. Rockefeller would have fired the lot, if they’d run one of his companies in this way.