New Wife is a tea drinker.  Actually, to call her a “tea drinker” is akin to saying that her husband rather enjoys shooting guns, except that she drinks tea more often than I shoot a gun.  Hell, she almost drinks more cups of tea than the number of bullets I send downrange in a typical session.

As I’ve mentioned before, she drinks Yorkshire Gold tea, which is my fault because I turned her onto it when we were together in Britishland all those years ago, and she prefers it over all others.  Fortunately, the teabags are fine — unlike my children, she’s not a teapot fetishist, thank goodness — so we just buy the bags in bulk and all goes well.

Except for the kettle.  We use a cheap ($25) electric kettle with an auto cutoff switch rather than a stovetop-with-whistle type simply because it’s more convenient, in that when we go on a car trip, we take both kettle and teabags with us (plus my small Keurig, but that’s a story for another time).

(Aside:  I should divulge, en passant, that I make the tea in our house simply because I’ve been making tea since I was seven years old — I used to make it for my mother every day because she too was a guzzler rather than a sipper, and I enjoyed spoiling my Mom, just as I enjoy spoiling New Wife — and I make tea better than anyone I know, including Daughter and New Wife, whether using bags in a cup, or loose tea in a pot.  I also make it when guests come over, even if they know little or nothing about tea.)

Recently, however, the kettle started to misbehave:  not switching on consistently, leaking a tiny bit, not switching off automatically at the boil, and so on.  So off I went to Amazon to order a new kettle, which is where the problems started.  Here’s the executive summary.

All kettles, whether electric or stovetop, are made in China nowadays.  All are crap (probably for the aforesaid reason) in that they are quick to rust, break early and often, don’t work as advertised, and so on. Even the so-called “Japanese” kettles are made in China, and suck.  Ditto Le Creuselt, the snobby Frog brand, which is now made in China, and for $75, I would expect them to last forever and never break — except that according to the consumer comments, they’re as bad as the rest of them.  When you consider that a kettle has only ONE JOB — boiling water — this is obviously a matter of concern.

Well, I wasn’t going to be put about like this, so I decided to buy a high-quality stovetop kettle, made somewhere other than China.  Of course, the first place I looked (Williams-Sonoma) did indeed have a quality kettle not made in China, except that it costs $400, no doubt because it’s made in England.  [pause to recover from the fainting spell] 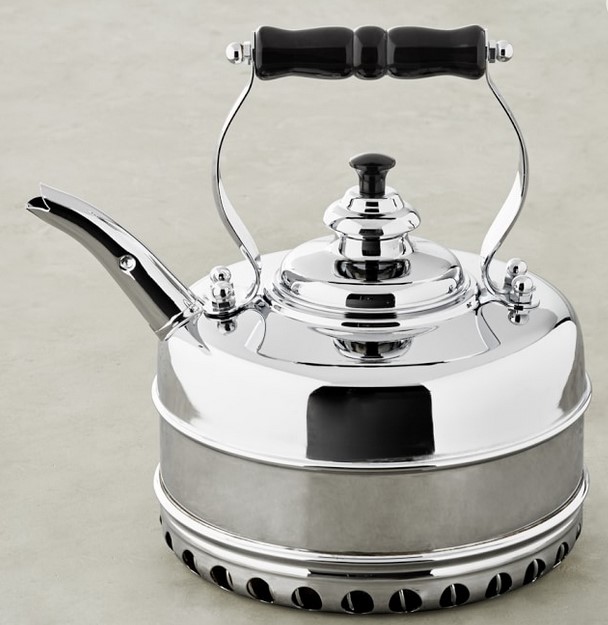 Never mind kettle, what was needed was Ketel One.

However, a glass of gin and a moment’s reflection provided me with the solution.

I have had the current (faulty) kettle now for just on two years.  Given the number of cups of tea that New Wife imbibes on a daily basis, an approximate calculation revealed that this El Cheapo kettle has boiled water around four thousand times — and is only now starting to show signs of age/use?  I’ve had guns that didn’t last that long, and they’re made of stainless steel and everything.

So I went back to Amazon and bought another kettle just like it (down to the color even), noting that the price ($25) was about the same as the first one I bought back then. 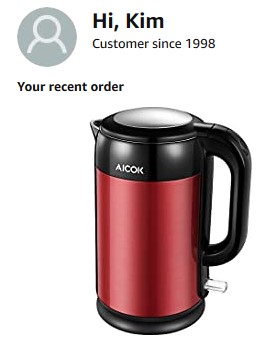 Yeah, it’s made in China, but they’re all made in China so there you go.  I should point out that if there were a kettle of comparable standard made in the U.S., I probably would have spent double the amount — and if we in America cannot make a simple and reliable electric kettle carrying a retail price of $50 because of greedy unions, burdensome government regulations, high operating costs, etc., then we deserve to have the Commies make all our stuff.

Let’s just hope the fucking thing doesn’t break on Day 3.  New Wife will be severely pissed at having to do without her Yorkshire Gold while I go and find something else (not made in China, FFS) to replace it.

Unless anyone tells me a serious horror story, I think I’m going with this combo: 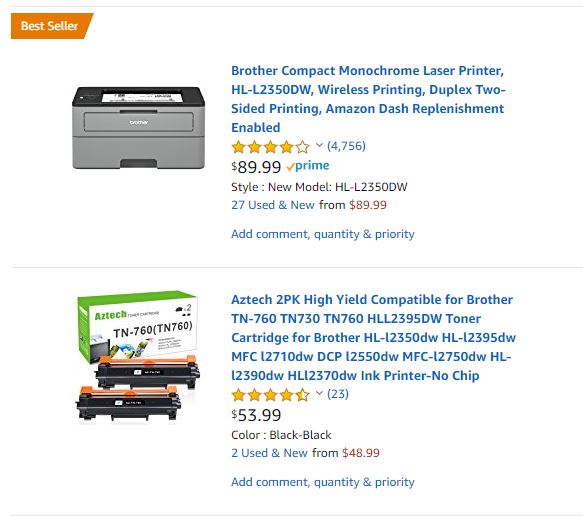 Simple, cheap, cheap-to-run, duplex and small footprint (remember, I’ll be in an apartment with limited counter space).  And I’m not into the Amazon replenishment thing, given that each toner cartridge will last me about a year, and by buying two, I’ll just buy a new one each time the first one runs out.

I’ll only be ordering it around the end of the month, so feel free to disapprove of / shoot down my choice.

And many thanks for all the advice.

Finally made my decision about a vacuum cleaner, and ordered it yesterday:

I know, I know; it’s not very sexy or modern, doesn’t look sleek and has only one function, but it should get the job done.  If you think of the above as the 1911 of vacuum cleaners, it will explain my decision.

Many, MANY thanks to all for your helpful suggestions.  (In addition to the Comments, I got dozens more via email, and they all really helped.  Thankee again.) 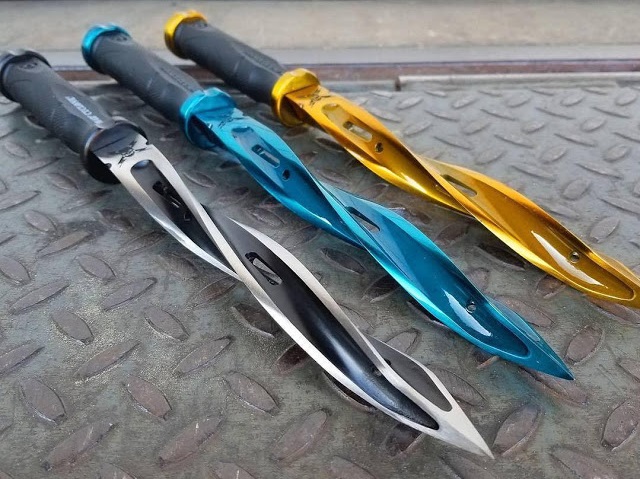 Following a link from Reader Jabrwok’s comment on this post, I ended up here (video), where this Scando-lass(?) opens up a coconut. Good grief, what a schlep.

Which makes me think: if you’re doing serious bush work, ignore that lil’ knife she’s using. Use a serious blade like this one (pictured next to a 1911, for scale): 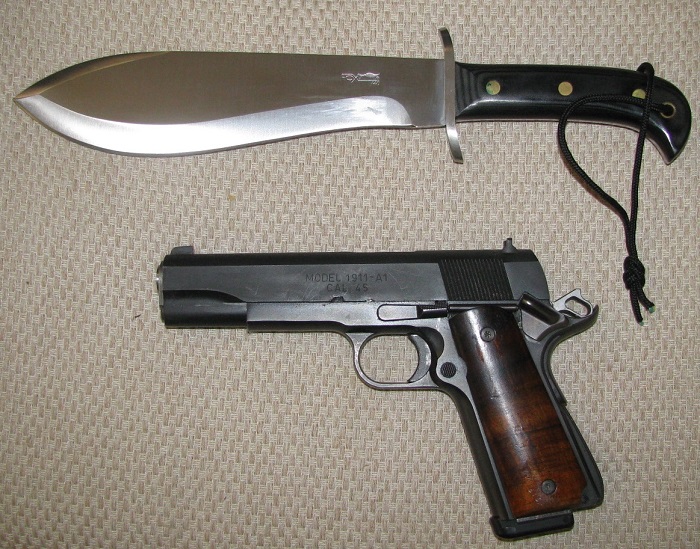 If I knew I was heading anywhere that even looked like I’d end up in the boonies, you’d better believe that this puppy would be on my hip.