Amidst all the hoo-hah of Ruger buying Marlin and re-releasing Marlin lever rifles, it seems as though everyone has forgotten about Marlin’s heritage in rimfire rifles.

See if you can see what caused me an immediate RCOB on this page: 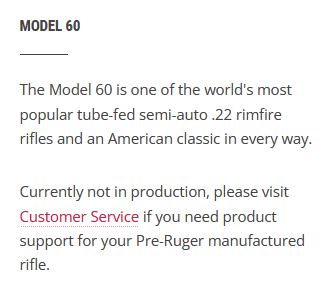 “Currently not in production”????   WTF is going on over there?   When was production halted anyway, and why?

And indeed, a cursory look at my usual thirty or so favorite gun dealers’ sites revealed that the Model 60 is MIA, everywhere.

A Marlin 60 was the very first rifle I purchased, shortly after I arrived in the U.S. as a Drenched Wetback© in the mid-1980s, and in the proper hands it is capable of astounding accuracy — for any rifle, let alone a budget one — as witnessed by Reader Brad’s recent trip to the range: 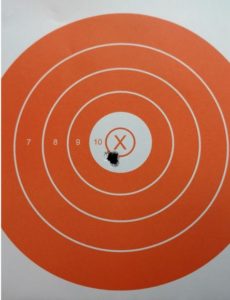 That’s five rounds at 25 yards, although he did “cheat” by using a peep sight instead of the original buckhorn/V on the Marlin.

Note to the “marketing” department at Ruger:  restart production of this little beauty ASAP, you bastards, or hell will follow.