If you enjoy this mixture of rants, essays, pics of beautiful women, irreverent jokes, gun pics, scorn, invective and all-round ill humor, and you don’t want to see advertisements, horrible pop-up commercial messages and similar filth appearing here at Splendid Isolation, please consider supporting this website either through a small monthly donation via Patreon, or by occasional donations via PayPal (see right-hand side bar).
If you are understandably suspicious of these newfangled electronic payment system things and would prefer to do things the old-fashioned way, send checks to my sooper-seekrit mailing address:

Whichever way you choose, thank you for your support.

…wherein I comment on various snippets of what passes for “news” these days, and which happened to catch my eye en passant:

1.) Ireland threatens to poach U.S. business from the U.K., post-Brexit.
— It’s called the “free market”, and nobody should care about this other than the ignorant. Remember that you’ll be negotiating with the United States and against Great Britain, boyos. Good luck with that. And just hope that your masters in Brussels don’t punish you for straying outside the fold.

2.) Women achieve orgasm more often when having sex with other women than they do with men.
— Don’t care. Next:

5.) Disloyal and dishonest asshole fired from the FBI before he can retire with multimillion-dollar pension.
— My only question: what took them so long? Should have been done over a year ago.

6.) Has-been CalGov Arnold Schwarzenwhatsit said some stupid shit in Austin, TX.
— Dude should have stuck to bonking hideous Hispanic housemaids. Of course, in Moscow-On-Colorado he’s going to get serious cheers for saying that “oil companies are killing people by abetting the burning of fossil fuels, and that all products using fossil fuels should be marked as associated with hazards like tobacco.” Yet another has-been liberal Republican who needs to just STFU.

7.) SecState Tillerson was on the toilet when told he was fired.
— And we needed to know this… why? Somewhere out there, someone’s former journalism professor is reaching for the razor blades. (Not that this would be a Bad Thing, mind you.) 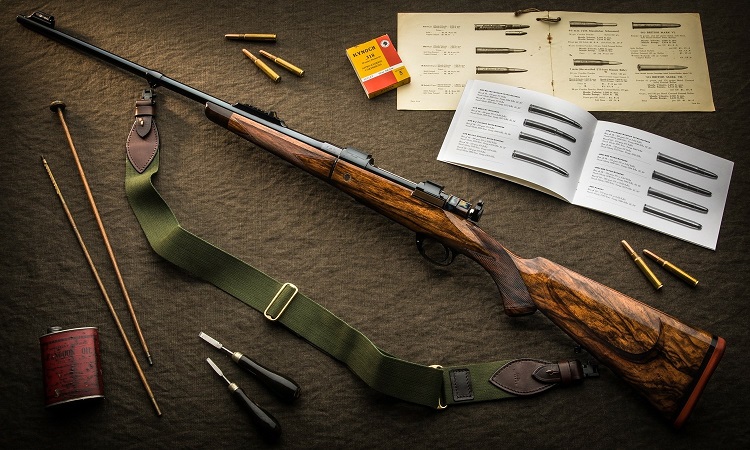 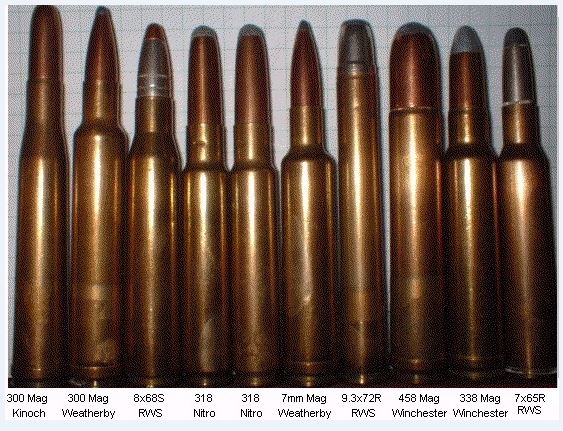 And lo, in the years of the 1930s there was inflicted upon women the hairstyle known as “curly bangs”; yea and even the most beauteous of them were made hideous by this fashion: 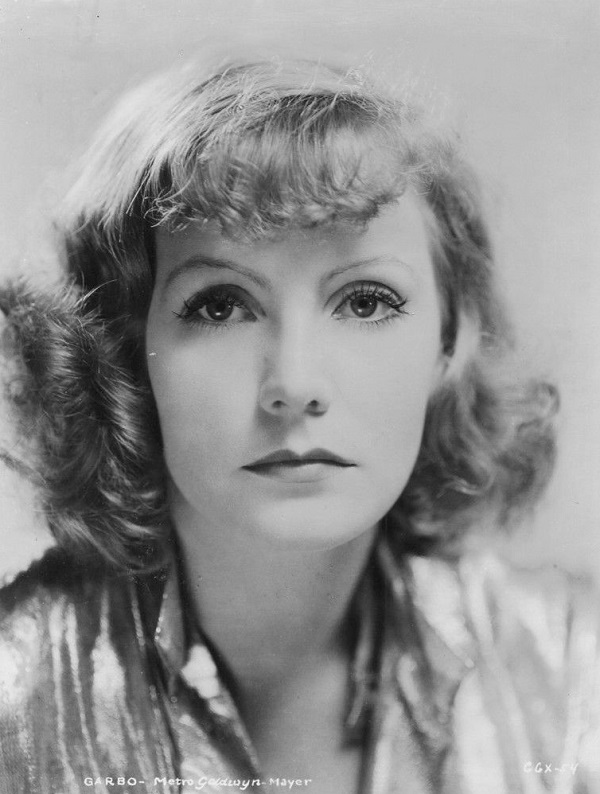 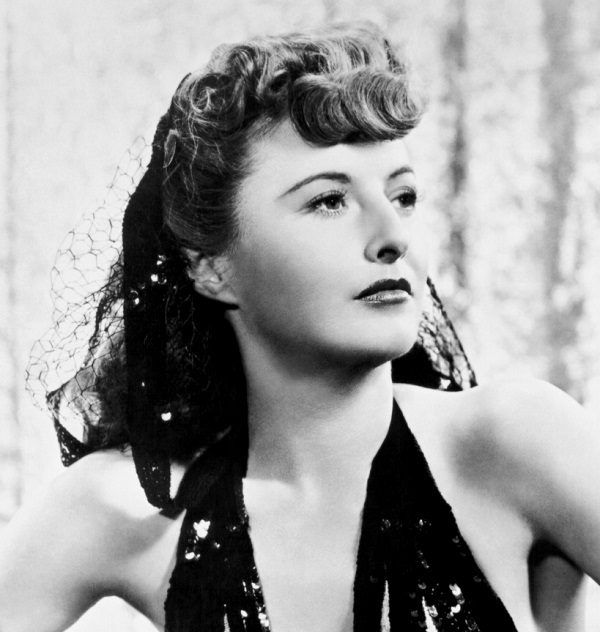 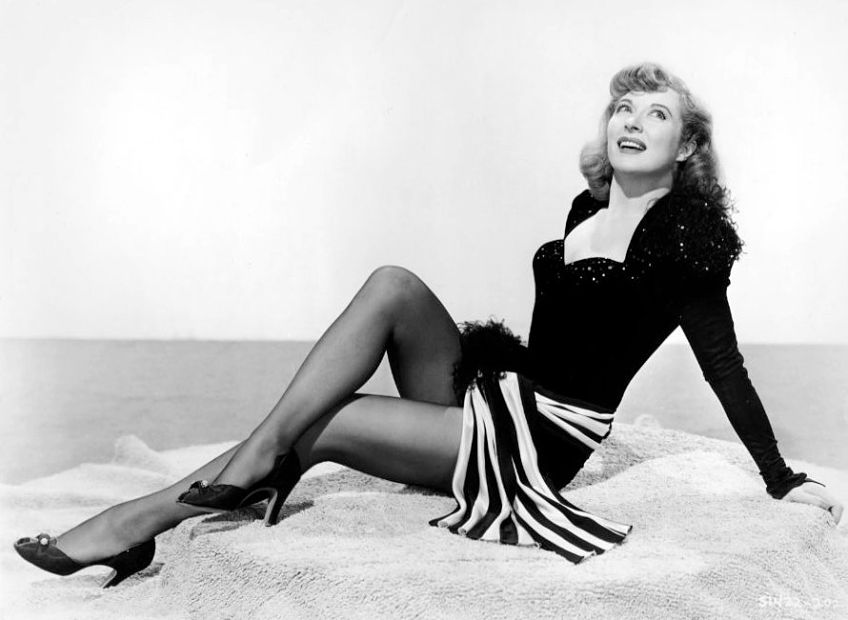 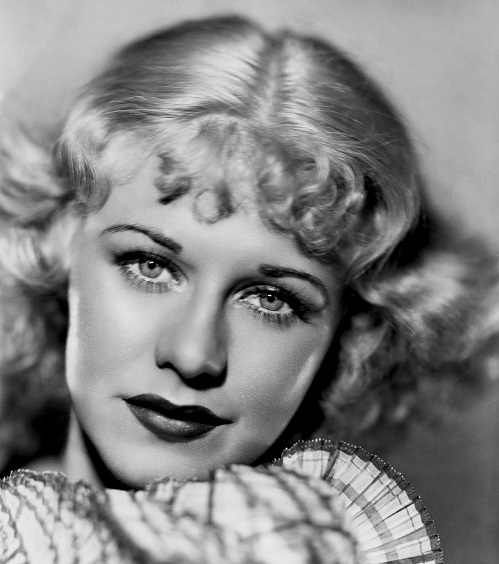 And only in the 1940s did the ones known as “hair-stylists” get a clue and start to make amends: 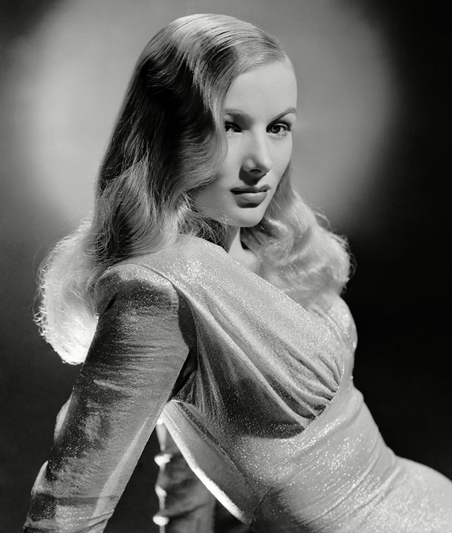 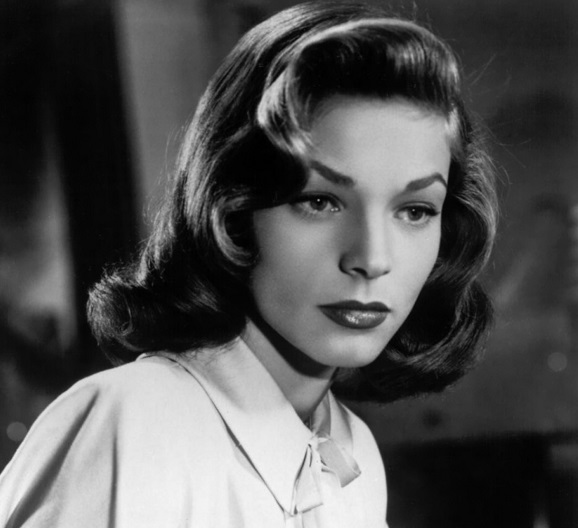 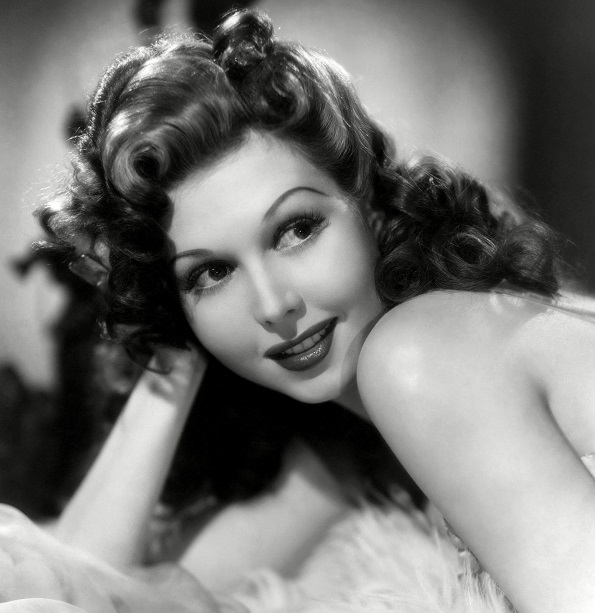 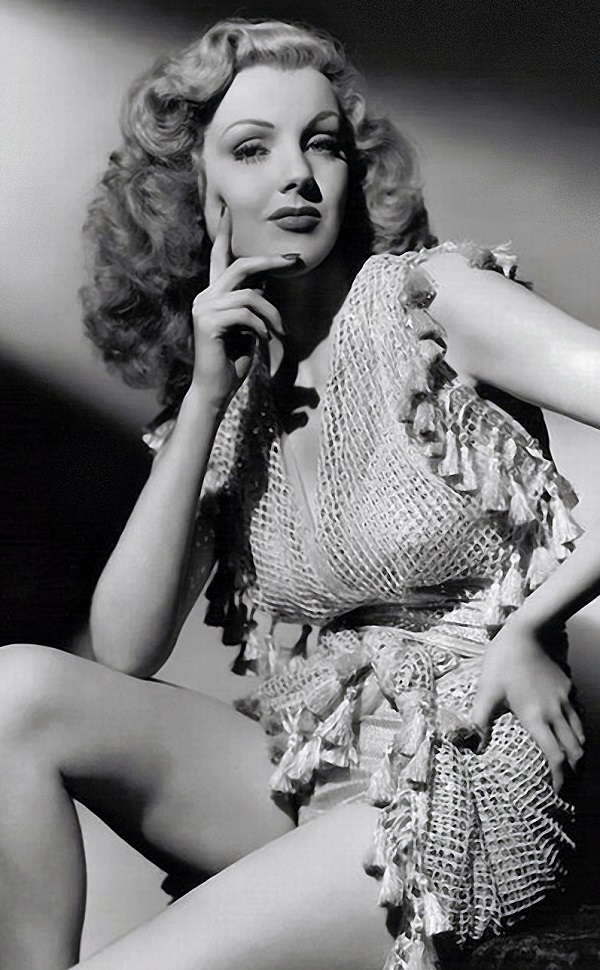 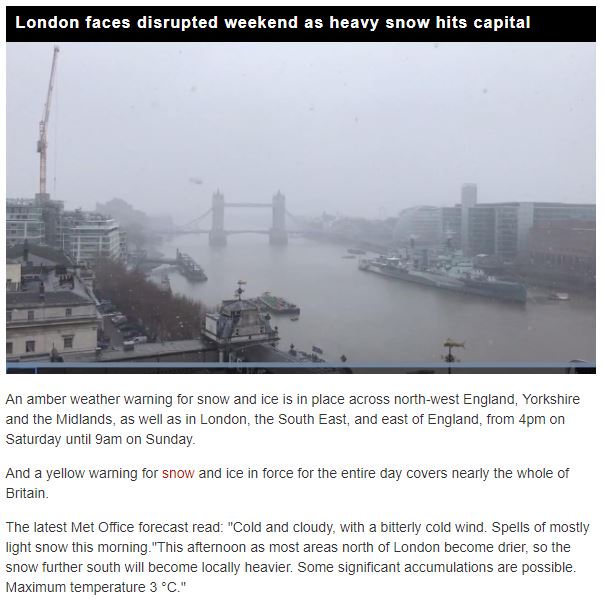 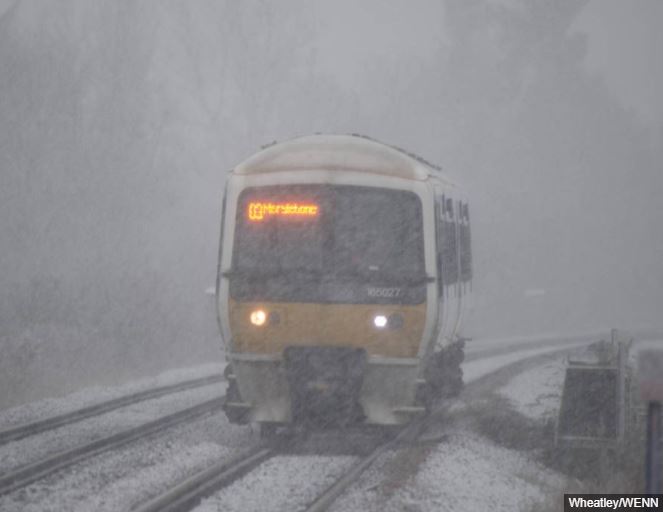 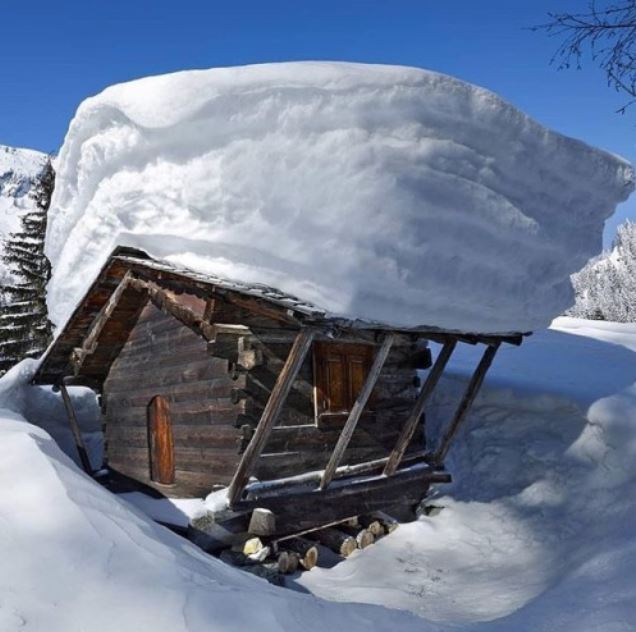 From Reader Todd, who (unfortunately for him) lives in the People’s Collective of New York:

My first instinct is to agree that all households should be armed; yet I have a question about it. If a goblin comes strolling into my home in the middle of the night and I come out of the bedroom loaded for such, isn’t it possible that I have created a distinctly more dangerous situation for me and my family if I don’t/won’t have the resolve to drop the scum bag? I mean, most good Americans like me have never shot anybody and I am concerned that I may get stage fright. Practicing at the range is fine for honing the technical aspect but what about the emotional end? If this is an issue, how do I prepare for it should the situation arise?

It’s an excellent question, and one I should have addressed a long time ago.

Civilized people, quite correctly, shrink from causing harm or death to another human being. This is perfectly normal, and is indeed laudable. (Sociopaths, of course, have no such compunction, which is why they themselves should be killed.)

And quite apart from any legal issues, the moral issue of taking a life is a weighty and terrible one.

Probably the best way to approach this issue is to look at how an army teaches its recruits to kill, and it follows three different paths simultaneously.

The first is through rigorous and continuous practice. As Todd points out, practice hones the technical aspects of shooting, which is well and good — it behooves everyone to shoot accurately, and competently.

Continuous practice, however, achieves another objective: it turns an unnatural act into an instinctive one. This is why professional golfers spend countless hours on the driving range and in the practice bunker: they’re training their muscles and instincts to make the shots as automatic as possible, so that under the stress of competition, the stroke will be identical to the thousands of ones they’ve practiced.

The same is true of self-defense. Under circumstances of great stress, your instincts take over — and those instincts should include the firing of a gun, that will have come about through hours of practice. There is no other way.

Any other outcome is a bad one. Hesitation may cause a struggle for the gun, and poor marksmanship can have undesirable consequences, too.

And practice with a “silhouette”-type target, not one of those silly “bullseye” things.

The second way an army teaches its recruits to kill is by dehumanizing the enemy. Whether done through propaganda or with dispassion, the message is: “This guy is trying to kill you. If you don’t kill him first, he will.”

By making the first statement, the concept being conveyed is that the person attacking you is no better than a wild animal — and a carnivore, at that.

This, by the way, is one of the reasons I don’t refer to violent criminals as anything other than “goblins”. To me, anyone who will resort to invading a person’s home, for whatever reason, is no longer a human being, but a predator — actually, a raptor (the literal meaning of which is “taker”) of life and/or property.

As such, I’m trying to strengthen that perception among my Readers. Unfortunately, as Western civilization has progressed, one of the less-desirable aspects thereof has been to instill in people’s minds that violent criminals are just misunderstood, or that their actions are somehow excusable.

They aren’t, and this fiction is one of recent vintage. All through the millennia of history, men have treated violent criminals with violence, either in situ or through civil punishment. Plato, for instance, talks of execution as a “deterrent”, not to deter others, but “so that the criminal may not strike again.”

It is only in the past fifty years that killing bad people has become a Bad Thing, with sophistic arguments like one being “judge, jury and executioner” — when the criminal, just by virtue of his own actions, has already condemned himself to lie outside the pale of civilized society.

I’m trying to reverse that stupid trend of “criminals are humans, too”, because they aren’t, and because ultimately, that mindset benefits only the goblin, while being deletorious to society as a whole.

Finally, the army will teach its recruits to kill by instilling camaraderie — that by killing the aggressor, you’re protecting others close to you. (The self-defense aspect, one would hope, would be instinctive — although in these modern times… oy.)

Fortunately, this should need little work on the part of a citizen at the wrong end of a burglary or robbery. Protection of one’s loved ones is one of the primal instincts, and suppression of that instinct (“leave it to the police”) is one of the basest constructs ever imposed on mankind by our supposed “civilization”.

Richard Pryor once remarked that after making the movie Stir Crazy on location at Arizona State Prison, he was really, really glad that prisons exist. He illustrated that by quoting an actual interview with a convicted murderer:

—“Why did you kill all the people in that family?”
—“Cuz they was at home.”

Think about the uncaring sociopathy in that statement. Now think of that same scumbag playing his ghastly little games of death with your kids. No, you don’t know that the goblin you confront in your bedroom hallway has that on his mind: but he’s already made the first step towards it by invading your house.

Statistics indicate, by the way, that the more burglaries a man commits, the more likely it is that he will eventually turn violent towards someone resisting that crime—in his mind, because he’s got away with it so many times before, it’s not your property, it’s his, and you’re at fault for trying to prevent him from taking what’s “rightfully” his.

Remember that protecting yourself and, more especially, your loved ones and property is not only a right, it’s your duty.

And for all those pussy laws which babble about “undue violence”, “proportional violence”, “life-and-death situations” and the like, I have only this to say:

Now quit reading my fevered rantings, and get your ass out to the range. You need to practice, because as I write this, some scumbag may be planning to rob your house or murder your family, tonight.