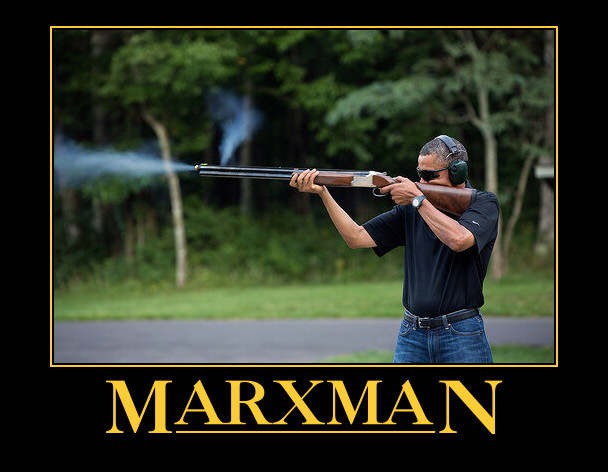 Everyone seems to have been overcome with joy that the reign of Emperor Urkel saw this massive growth in gun sales, with x jillion FBI checks per month, lines outside gun shows or whatever.  Ruger and S&W share prices grew substantially, gun dealers couldn’t get enough guns into stock quickly enough, yadda yadda yadda.

Well excuse me for peeing on everybody’s parade here, but quite frankly, the downside of everybody suddenly wanting a gun is that the prices of the damn things have climbed into the stratosphere — at a gun show recently, I saw a Century Arms something-clone selling for $1100 (!). I mean, a Century Arms rifle for more than a grand? I nearly passed out. There are no good deals at gun shows anymore. The only guns which aren’t selling at firstborn-demanding prices seem to be double-barreled shotguns, and that’s because I guess they aren’t sexy enough for the New Buyers. Not that it matters much: a new AyA No.2 Round Action side-by-side now runs for about what it cost ten years ago ($7,900), i.e. they’re still expensive.

Don’t even get me started on the complete disappearance of rimfire ammo: .22 Long Rifle, when you could get it, was approaching 10 cents a round for crappy Bosnian stuff, and .22 Win Mag still costs about as much per round as practice .45 ACP. Thank gawd that I had a few thousand (okay, twenty-odd thousand) rounds of .22 LR and .22 WM squirreled away in Ye Olde Ammoe Locquer, or else I’d have got really angry.

I remember once suggesting the “seven-cent solution” (a .22 bullet in the back of the skull) for some politician, Teddy Kennedy most likely, and being chided by a Reader that I shouldn’t waste my expensive .22 ammo on that dirtbag. Boy, how ironic is that now when bulk Aguila, which I used to feed to my dog as a treat, now costs well over 10 cents per round.

And prices aren’t going down anytime soon, either. I see that .22 LR is at least being manufactured again, which has eased the availability thereof a bit; but my favorite CCI Mini-Mag is still unaffordable. Ugh. I need to stop now before I bust something. I’d shoot up my TV in disgust, but the ammo costs more to replace than the Sony.