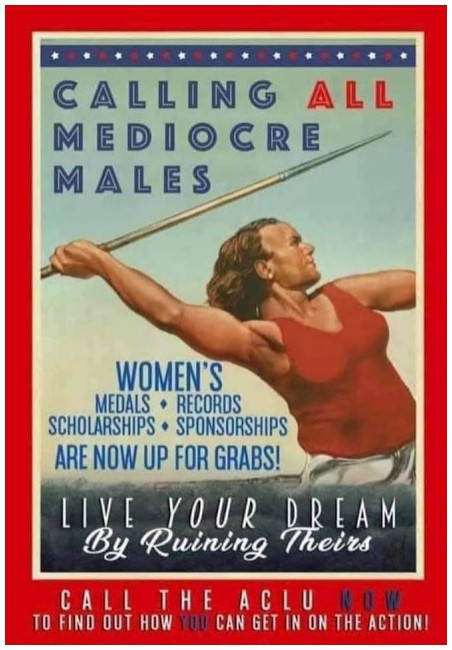 This is probably not going to make me too popular with Woke Nation, but I see that there’s a huge brouhaha arising from the decisions of various Woke officials to open up women’s sports to wannabe women (i.e. men who are “gender-confused” or similar).  Said brouhaha, of course, has to include the World’s Most Irritating Blowhard (Piers Morgan, no link because Morgan), who talks about “destroying women’s athletics” and similar.

Frankly, I don’t care a rat’s ass about that, because (deep breath) I don’t think women’s athletics should even include strength events such as weightlifting and shot put (to name but a couple), and let’s not even get started on women’s rugby, boxing and MMA.

Considering that most female weightlifters take testosterone to build up their strength anyway, I see little difference between the ladymen who identify as women and the burlywomen who take drugs to resemble men.

“O but Kim,” I can hear already, “womyns have every right to have events such as shot put and weightlifting, you male chauvinist woman-hater [20,000-word diatribe deleted].”

You see, this is mostly because I prefer to think of women as ladies — a quaint, old-fashioned concept in these modernist times — and while I have no problem with physically strong women, I think most men and women prefer that they aren’t.  Witness, for example, the support for the slender, petite Chris Evert vs. that of the ultra-manly Martina Navratilova — and the development of women’s tennis since then has shown that even the most talented of the “ladies” (Gabriela Sabatini, Anna Kournikova, Arantxa Sanchez, Hanna Mandlikova, Amelia Mauresmo and so on) would stand about as much chance against the Williams sisters as a haystack against a Tiger tank.

That’s fine;  but if women are going to have strength and bulk be part of their sports, blurring the line between women and men, so to speak, then they can’t really complain when the line is extinguished altogether, can they?

So do I think that trannie men should be allowed into women’s sports?  Absolutely not;  but if they are, I’m not going to cry over it, either.

I’m sure there’s a market for all these sports;  I just want no part of them.

Full disclosure:  Chris Evert is only a month younger than I am, and I still have a huge teenage-like crush on her. 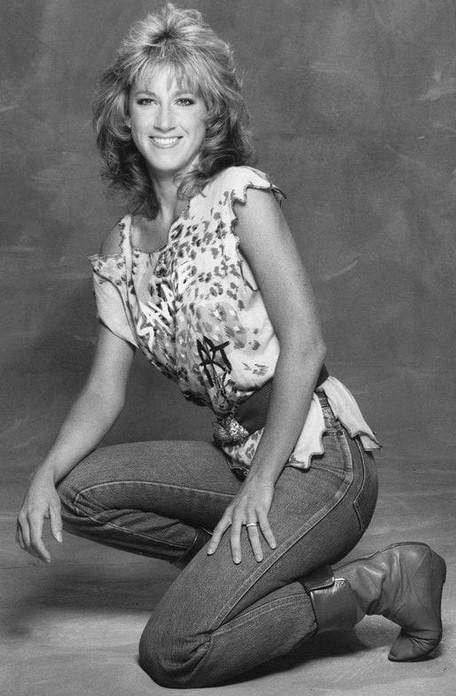