Argentina defeated France in the World Cup final in Qatar on Sunday in a penalty kick shootout following a 3-3 tie.

I know, I don’t care about this either (I follow club football, not international), but for our cousins Across The Pond, it’s one of those situations where, to paraphrase Henry Kissinger, it’s a pity that both sides couldn’t lose.

France (old enemies) vs. Argentina (enemies since the Falklands War in the 1980s).  No wonder the Brit response to the above was just a national shrug.

Oh, and for those Murkins who think that “soccer” is boring:  this one was a thriller.

As Longtime Readers know, I’m a huge fan of football (“soccer”) so I was quite distraught that Team U.S.A. was booted out of the World Cup last week.  This, however, got up my nose, big time:

Dutch Prime Minister Mark Rutte trolled President Joe Biden on Twitter, poking fun at the U.S. men’s soccer team’s loss to the Netherlands in the World Cup during the first round of the tournament’s knockout stage on Saturday.

In a promotional video posted Saturday morning, Biden had wished the U.S. team luck as the players prepared for their match against the Netherlands. Holding a ball in front of the White House, Biden said that “it’s called soccer” before reassuring the team, “You’re going to do it!”

No, Dutchie… soccer won.  Had your little nation of Heinekenners fielded a team of NFL-type footballers and played us at, oh, Lambeau Field in late December, you would have lost by a lot more than 3-1.

We’re not that good at soccer because we just don’t care about it.  It’s pretty much the same as Formula 1 — we have perfectly-good alternatives right here.

Oh, and now that the Germans have been eliminated, you may actually have a chance of winning the Cup, instead of being beaten like a drum by them since, errrr, 1939.

And speaking of the disturbances in the early 1940s… you’re welcome.

I know that many of my Murkin Readers turn up their noses at football (okay, “soccer”) because it’s boring, full of errr histrionic players and so on.  In many cases, these opinions are justified, but often they are not, when you know the context and background to the action.  Allow me, then, to give you an example.

The English Premier League (EPL) is justly regarded as the toughest upper-rank division in football, far ahead of similar leagues in Italy, Spain, Germany and even Brazil.  EPL footballers are recruited from all over the world, as you will see, and in many cases these guys may play for their national teams, but often struggle to shine in the talent-studded EPL.

The competition among the EPL teams is intense because unlike America’s NFL, where franchises can change cities and therefore fan bases pretty much at will, football clubs are forbidden by law to move around, and thus the supporters’ loyalty could be rooted in over a century’s tradition.  (Hence, by the way, the frequent affrays that occur between the various teams’ fans when they come up against each other.)

The EPL is also expensive, as players cost many millions of dollars to acquire, and their weekly salaries are sometimes in the hundreds of thousands of pounds.  Thus the pressure to perform at a high level for both teams and players is intense, and can be cold-hearted when the standards aren’t met.

Let me give you just two teams as an example of all the above, and highlight a couple of players as well.

Tottenham Hotspur is a London-based team, and their results over the past several years have been disappointing to their fans.  Seldom in the top four at season’s end, there’s actually little reason for them not to be near the top, except maybe for bad management or, as in recent times, indifferent tactics and performance by their midfield and defense.  (I should point out that Spurs’ brilliant goalkeeper Hugo Lloris plays for the World Cup-winning French national team.)  Tottenham’s attack is almost without peer, not just in terms of individual skills, but also in their ability to pair up and create goals and assists for each other.  The two mainstays of the side are England’s #1 striker Harry Kane [sic]  and South Korea’s equally-skilled Son Heung-Min (who’s captain of the Korean team).  At the end of the past five seasons, Son and Kane have not only amassed dozens of individual goals, but also a dizzying number of assists for each other — the combination of goals and assists for this pair is, and has long been, consistently higher than any other EPL team has been able to match let alone beat.  The duo is not only supported but worshiped by Spurs fans.

Sadly, though, Son has had a drop-off in form for the opening half-dozen matches of the 2022/23 EPL season — there seems to be no apparent reason, because he’s pretty much at his peak in age, ability and dedication — but his recent slump caused Tottenham’s manager to bench him for their last match, against Leicester City.

Which brings me to the other team.

Leicester City (pronounced “Lester Sitt-eh” for the Murkins) has been around since 1884, and has seldom won many competitions — sometimes even relegated to the lower leagues — but in the past half-dozen years has become a powerhouse, even winning the 2015/2016 EPL championship.  Since then, Leicester has settled down as a tough middle-order club, with occasional stunning victories over much stronger clubs.  They have not been a pushover, in other words — until the beginning of the current season, where they have been languishing near the bottom of the EPL table.  So Leicester’s next match, against Tottenham, was going to be fought as underdogs — but always with the knowledge that Leicester are a lot better than their lowly position on the table would indicate, even without their star England striker Jamie Vardy through injury.

Despite the disparity in league position, the two teams were fighting on equal terms, goals being scored freely and almost all resulting from great performances and masterful tactics from both sides.  At the 60-minute mark, Spurs were leading 3-2, but the scoreline flattered them because Leicester was not only controlling much of the game, they’d also missed a couple of goal-scoring opportunities which could easily have resulted in the score being reversed in their favor.

At this point, then, the Spurs manager made a substitution, sending on the woefully out-of-form Son Heung-Min.

Please take fifteen minutes out of your day to watch the highlights video, because it’s one of the most dramatic sporting events I’ve ever seen.

Some guy at RedState got ahead of himself and had a go at my favorite motorsport (F1, for those who’ve been away living on the Planet Zarg for the past twenty years).

[O]ur taste in auto racing leans heavily toward the NASCAR and IndyCar side of things. Not to slight F1, but it’s long been overly snobbish and high roller hoidy-toidy for our taste. If NASCAR is auto racing’s Lynyrd Skynyrd, F1 is its Dave Matthews Band. You get the idea.

Not quite;  the comparison is more apt if expressed that NASCAR/Indy are more like a garage band:

Yeah, F1 is a high-roller sport;  I would have thought that Americans would understand that concept better than our European cousins, who are always just one regulation away from Pure Marxism.  (Then again, considering the Biden Maladministration, maybe we’re not doing too badly ourselves.)

Whatever.  The fact is that F1, especially with its all-new formula for 2022, is far more exciting to watch than the parabolic antics of NASCAR — and yesterday’s maligned Saudi GP at Jeddah was one of the most exciting races I’ve ever watched, of any type, despite the sideshow provided by Houthi missiles: 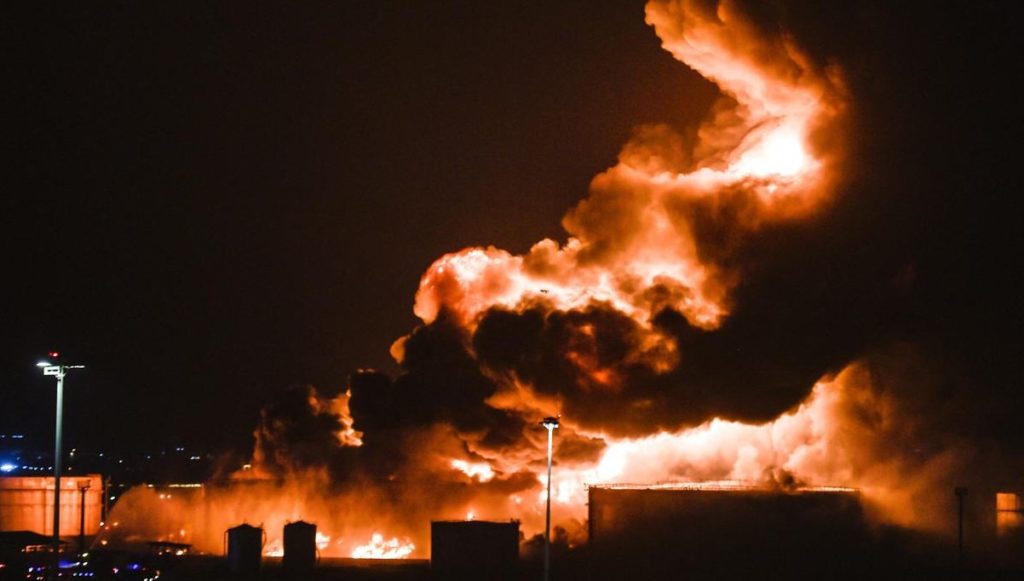 (And despite my dislike of Mr. Woke Lewis Hamilton, he was robbed of a higher finish by pure bad luck.)

I know that given my readership profile I’m going to get a whole lot of stick about this, but I don’t care.  2022 looks like being a brilliant F1 season.

This is definitely not your grandfather’s Maltese Falcon. 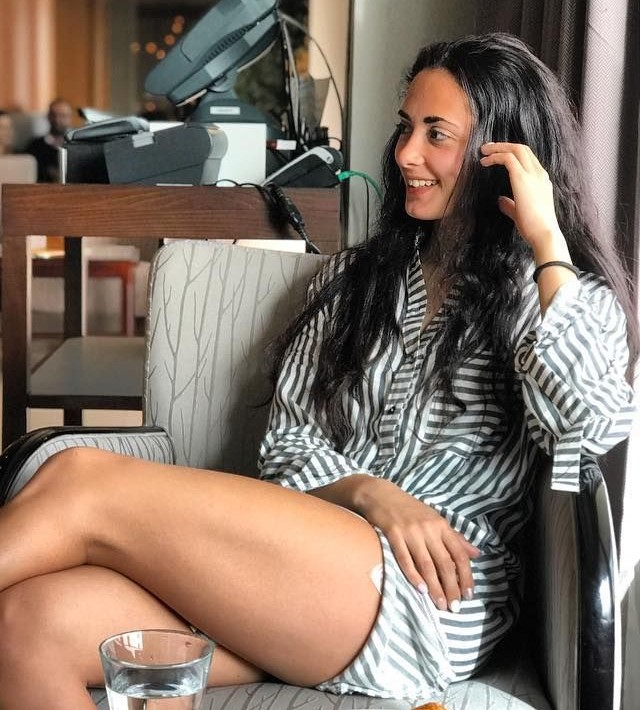 So last weekend this monster took place Down Under in, as its name would suggest, in Melbourne, and here are a few pics of the festivities: 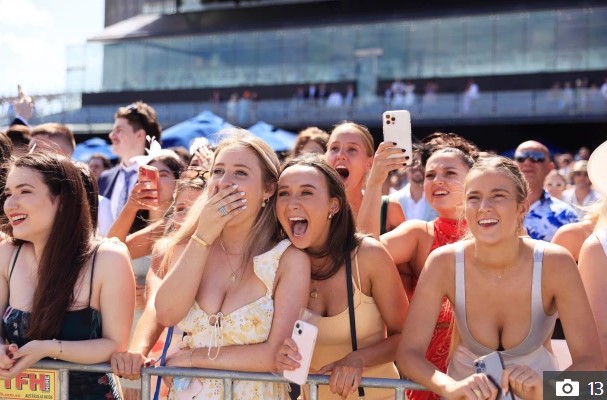 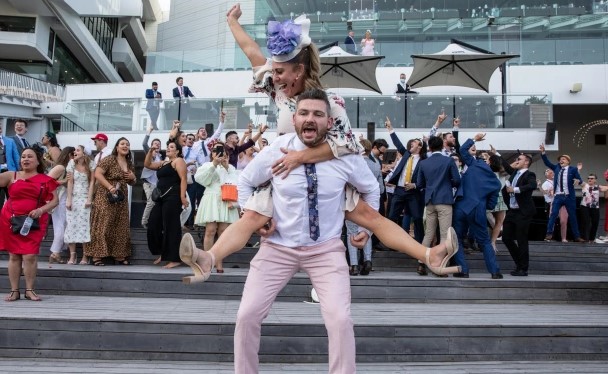 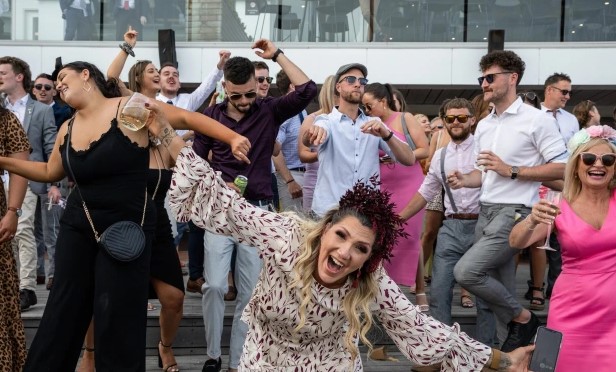 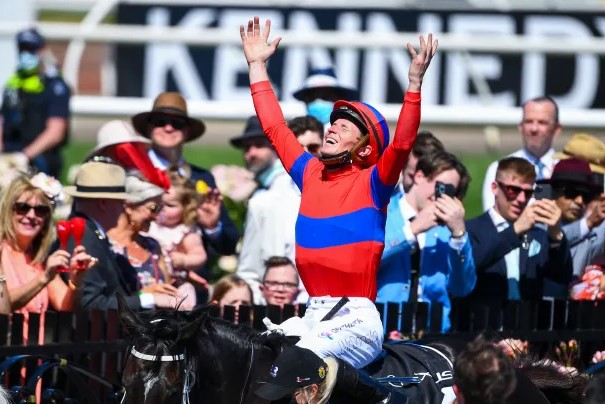 Anyone notice anything missing?

And lest we forget, this is the city which saw thuggish cops teargas old ladies, arrest people for walking in parks without a mask, check to see that people were locked up in their homes, and all the other WuFlu-related atrocities brought to them courtesy of the Victoria state government.

There was, however, this:

Punters at the track had to be fully vaccinated and they were separated into three zones which they were not allowed to leave.

Sort of house arrest at the track.

One might have expected at least some of the attendees to be wearing a face condom, but as far as I can see:  none.

I don’t know what this means, if anything, but it sure is interesting.