If I were a Rich Phartte and thus able to visit this auction, I would already have purchased a beach house (because New Wife loves the sea more than I do), probably somewhere in Maine.  Accordingly, said beach house would have to have a car in residence, to be disconnected and left there during the winter.  It wouldn’t have to be much, its duties pretty much relegated to trips to the supermarket, into town or for short sight-seeing trips along the coast and so on.  Which makes my third choice simple:  the 1966 Austin Mini Moke. 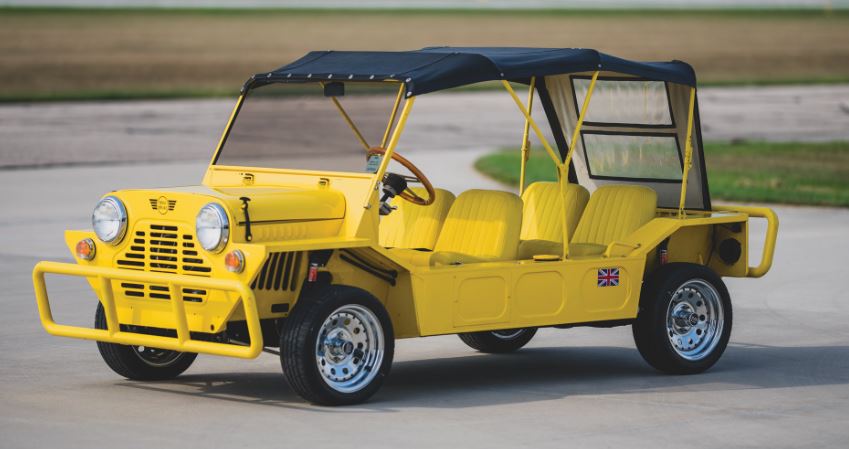 Longtime Friend Knal N. Domp (from the old website) had one of these, and many’s the night we were to be found driving it around Johannesburg at breakneck speed during the late 1960s and early 70s.

And as for simplicity, try this: 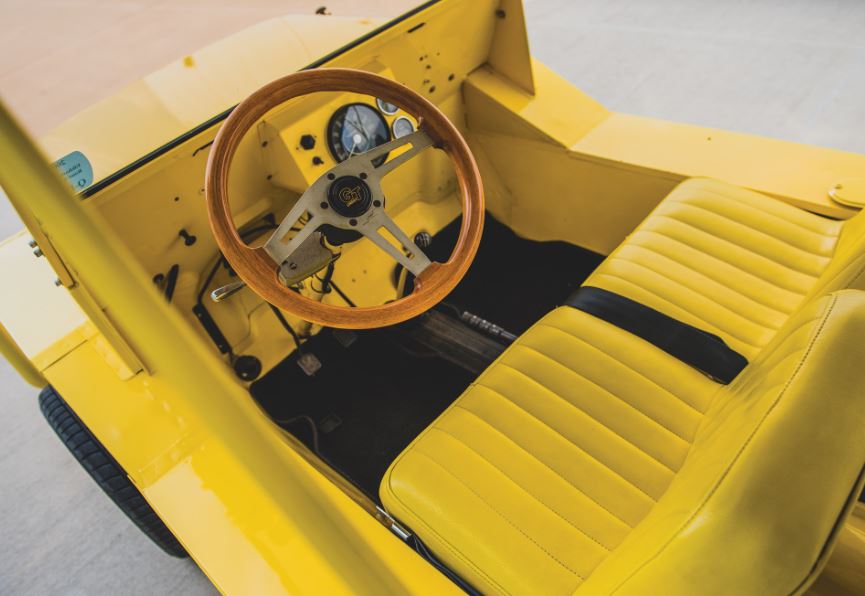 Just so you know how badly I want one of these, it was nearly my #1 choice.

There are a couple of competitors — the Renault Jolly comes to mind: 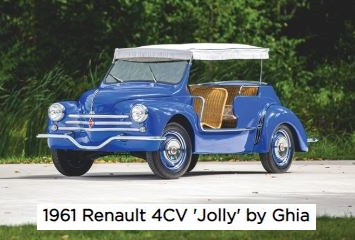 …but I’d only get that one if the beach house was in the south of France.