I have frequently railed against modern technology on these here pages, and just as often been called a Luddite or Old Fart etc. for doing so. Here’s the latest little fad, and its downside, which came under my baleful gaze:

BMW has claimed it is powerless to prevent criminals hacking into its cars.
In emails to a customer seen by the Daily Mail, the German giant acknowledged its latest keyless models were vulnerable to thieves using gadgets widely available online.
However, it insisted it cannot accept any responsibility for this.
The Mail has highlighted a surge in thefts using ‘relay boxes’ to extend the signal from owners’ key fobs to steal vehicles outside their homes.

Perhaps I’m missing something, but isn’t this “remote / keyless start” thing basically for those who are just too lazy to insert a key into a lock and turning it? (And spare me the “soccer moms with armfuls of groceries” spiel, please.) If I’ve missed some lifesaving feature that this technology brings, let me know about it — but be warned that I’m going to be a tough sell. The way I see it, it’s a little frippery invented to “improve” a product that doesn’t need much improvement (see: electronic seat setting “memory”) and simply adds yet another cost / opportunity to break and incur horrendous repair costs.

Also, as the above article reveals, it makes it easier for car thieves to steal your car, all while BMW et al. shrug their corporate shoulders and ask Pontius to hand over the basin when he’s done.

My VW Tiguan does have an electronic unlocking fob, and I use it simply because the actual keyhole is buried beneath a plastic shield in the door handle; but if the little battery inside goes phut, I doubt I’ll ever replace it. I’ll just take off the shield and go back to using the car key to unlock the door, as invented by Henry Ford.

As for this remote-starting gizmo, I’ll only ever buy a car with one if you can permanently disable the wretched thing without voiding your warranty; otherwise, it’s on to the next model, or if all of them include that little thieves’ helper in the future, something a little more to my taste; something (duh) older: 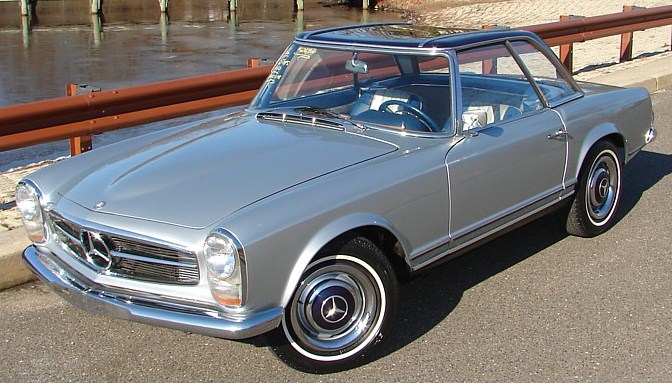 You see, back in 1968 Mercedes didn’t screw around with unnecessary crap; they just made simple, gorgeous sports cars like this 230 SL. Sure, an enterprising car thief could probably nick it, too; but he’d have to work a little harder than just by buying a $5 relay box from Amazon.