I don’t think I’m the only petrolhead who has a constant feeling of cognitive dissonance when it comes to the combination of looks and performance. Some beautiful cars disappoint (relatively speaking) when it comes time to hit the road, whereas others perform like a dream while looking like a dog’s breakfast.

Let me tackle the first scenario. As Longtime Readers know only too well, I think the 1970s-era Ferrari Dino 246GT is one of the most beautiful cars ever made. Whenever car aficionados are asked to name their “10 Most Beautiful Cars”, almost without fail, the DIno is somewhere in everyone’s top five. It is and always will be my #1. Here are a few examples (because any discussion of this nature is yoosliss wifout pitchurs): 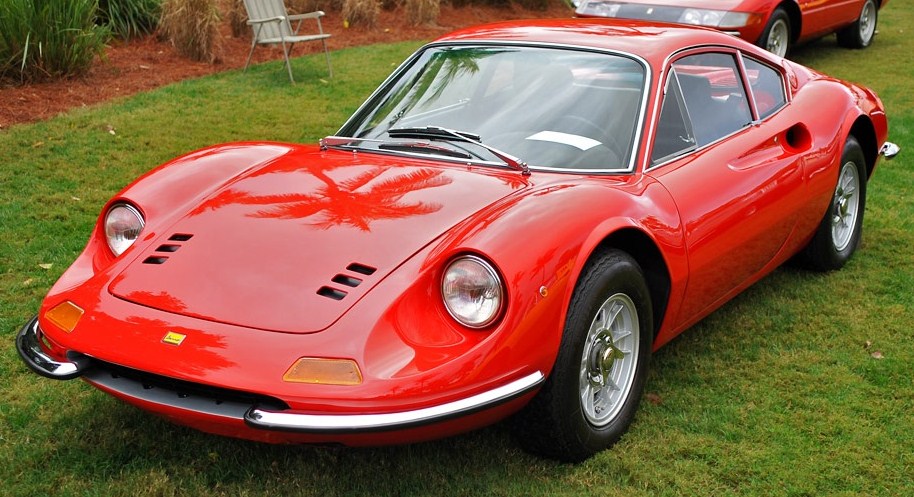 The only problem with the Dino was that it, well, wasn’t really a Ferrari. (I’m not going to go into too much detail because it isn’t relevant to this post: Wikipedia has a decent summary if you’re interested.) The Old Man (Enzo himself) was initially reluctant (until 1976) to allow it to be called a Ferrari, because it was Marinello’s attempt to make an “entry-level” Ferrari, and quite frankly, it shows. The interior is hideous (no pics because they make me ill; just take my word for it), but even worse is that the car is an absolute pig to drive (I’ve driven one): the gearbox almost requires two hands to work the lever, and my left calf ached for days afterwards because of the stiff clutch. Never mind that it’s crap compared to modern cars (which it is); it was crap for its time as well.

But… there was that mid-mounted 2.4-liter six-cylinder engine (which was a Ferrari) howling about four inches away from the driver’s ears, and despite all its technical flaws, it handled superbly — better even than its rival from Alfa Romeo, the Montreal (which I’ve also driven). That, added to its beauty, created a fanatical following for the DIno. But it was, and is, a pig to drive. And it, like the Montreal, would fall apart if you so much as looked at it — one of my friends had his Dino’s gear knob come off in his hands as he was downshifting to take a sharp corner, and how he avoided a wreck is one of the mysteries of the ages.

On the other side of that coin is Porsche, most especially the 911 model. Jeremy Clarkson is always having a go at Porsche’s “design” team, calling them the laziest people on the planet, and he has reason: while the 911 has always had tremendous performance and outstanding reliability, it looks like a pig, with that humped rear and and strange, minimalist front: 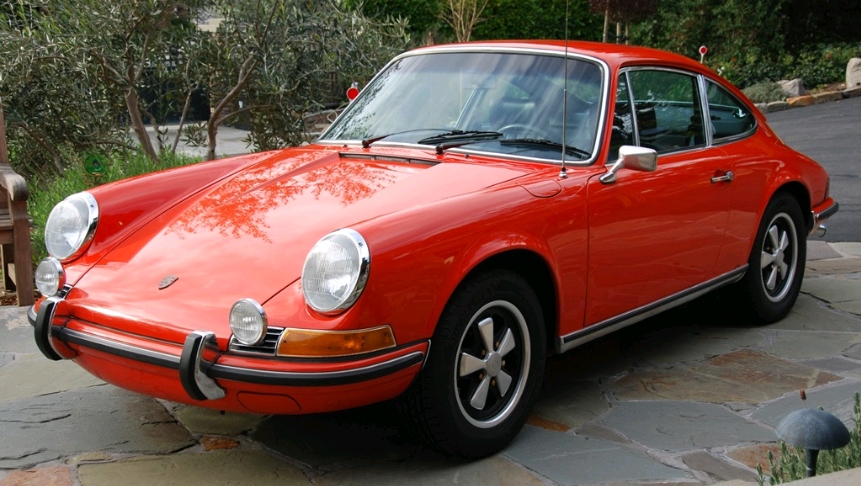 However, in the early 2000s someone at Porsche seems to have had this brilliant but revolutionary idea: “What if we make a nice-looking Porsche?” He was probably fired but his heresy remained, with the result that the mid-engined Porsche Cayman is not only better-looking compared to the 911 (a low bar, to be sure), it’s as good-looking as any other sports car, and better even than many of its competitors: 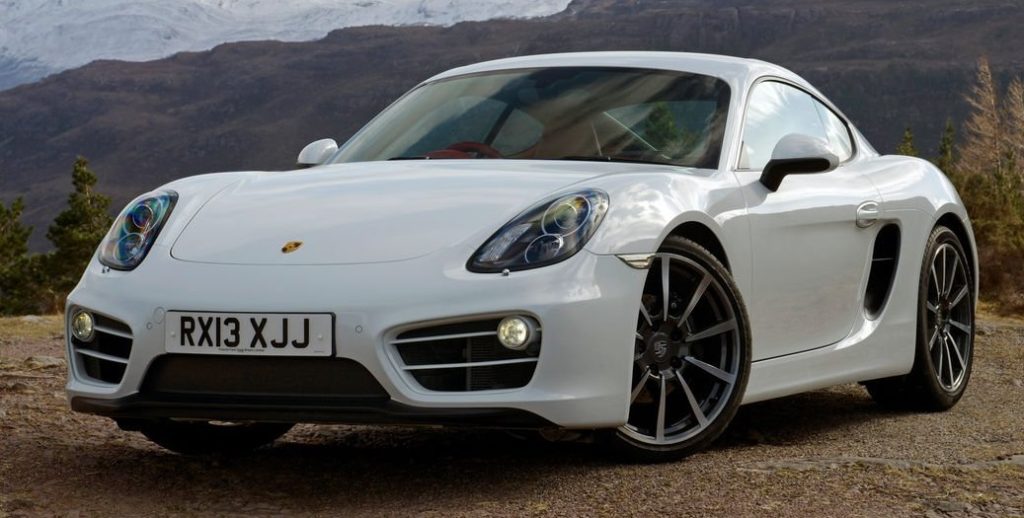 Even its rear end isn’t quite the truncated monstrosity of old, and it now looks quite shapely:

So why am I telling you all this? Because the Dino and the Cayman are almost identical in terms of chassis dimensions — the wheelbases are within a half-inch or so of each other, and of course they’re both mid-engined.

Here’s my thought. I bet that some enterprising coachbuilder could whip off the Cayman’s shell and replace it with a carbon-fiber near-copy of the Dino’s (with a little bit of nipping-and-tucking to accommodate, for example, the Porsche’s single exhaust pipe and longer suspension posts, and so on). And just for kicks, I’d use the Cayman’s smallest engine which is… ta-da! a 2.5-liter six-cylinder (flat, not a V, but hey, consistency is the hobgoblin etc.).

What you’d have with this marriage is a modern car’s performance, with a pre-wind-tunnel body that would make even the dourest car freak wipe a tear from his eye and drool from his chin.

If I ever win a large lottery, I’d present a custom coachbuilder with this challenge. I’d call it the Pino, and I’d be the envy of… well, of everybody.