Seems like we may have an Obama-era situation here: 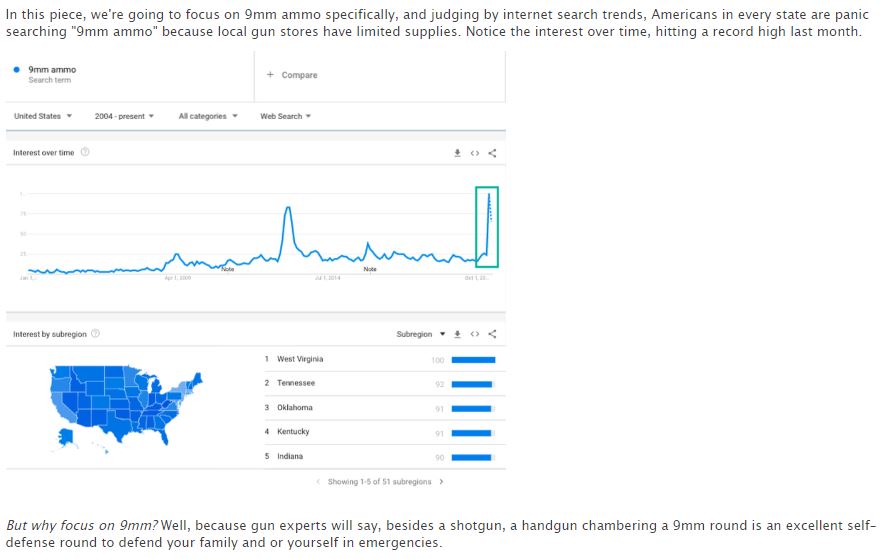 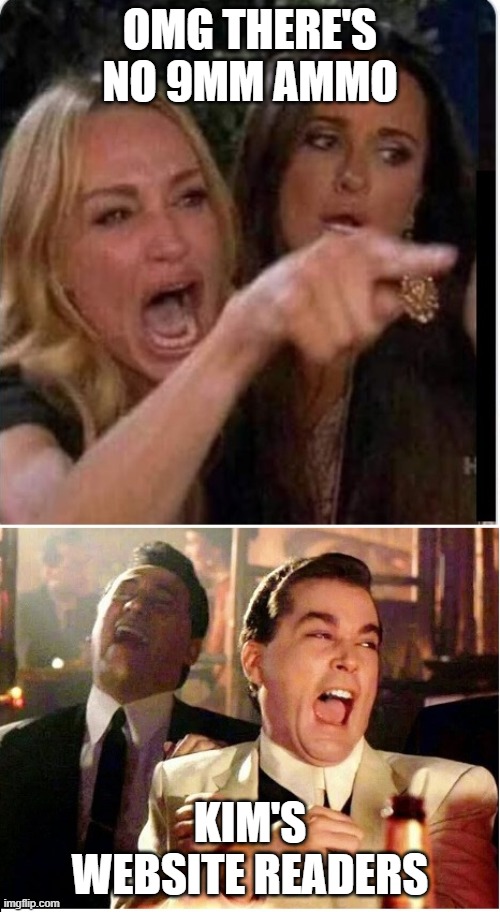 A cursory look at a couple of websites showed no problems with stock, e.g. CheaperThanDirt and LuckyGunner.  (A little pricier than normal, to be sure, but at least they have it handy — at time of writing, that is.)  However, MidwayUSA and Graf & Son show complete OOS on all 9mm except the premium loads.

Compare and contrast the .45 ACP situation:  CTD (sweet deal, by the way for quality range ammo) and LuckyGunner.

A little worm crawled into my ear, though, triggered by a deal I saw on the little Makarov 9x18mm pistol.  Stocks of the 9mm Mak ammo seem to be quite substantial (e.g. CTD’s Sellier & Bellot) and cheap, to boot.

Just as I suggested yesterday that it might be prudent to have a rifle chambered in a not-so-popular chambering (the PSL in 7.62x54mmR), maybe one could extend that thought to pistols.  I love the Makarov (also the CZ-82 version):  it’s rugged and easy to shoot, and the 9x18mm round is a little fireball. 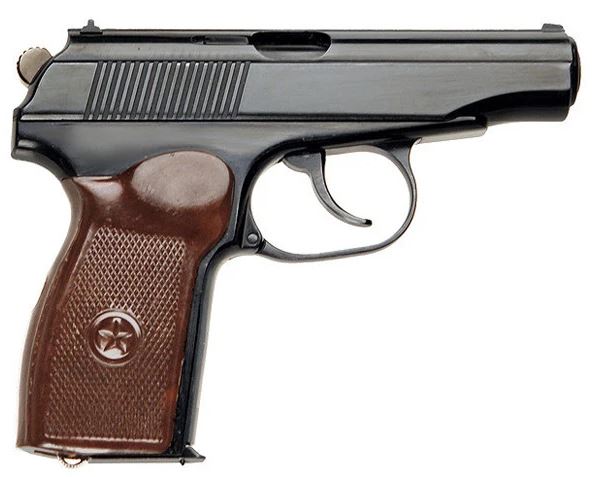 Food for thought, n’est-ce pas?  And for you Crufflers out there, it’s a C&R transaction.

Between private conversations with firearm, ammunition and optic manufacturers over the past two weeks, along with public information disseminated by major gunmakers, I am fairly certain a major disruption in the supply chain for those products and likely many more is coming, and coming soon.

And this, my children (he explained for the thousandth time), is why we gun owners need to have not only a plentiful supply of ammo, but also of guns.

Ant and Grasshopper story (executive summary):  buy and lay in stocks during Times Of Plenty, so that when the Lean Times come busting in through the front door, you don’t have to beg for anything from anyone.

This is as true (or more so) for guns as it is for any other household product.

As the above post recommends, it’s during times of plenty when one lays in stocks of the necessary stuff, in anticipation of Dark Times.  (And having lived through the Urkel Regime quite recently, and the Chinkvirus right now, I think everybody understands what I’m talking about here.)

Let me also be clear about what I’m suggesting in this post.  I think that everyone needs a rifle that could be regarded as ugly / awful / not wanted when one has, say, a couple AR-15s or AK-47s, or even a smart-looking hunting rifle or two.

By “ugly rifle” I mean the gawdawful Mosin M44 carbine or its older and taller brother, the 91/30 rifle, respectively:

Rugged as all get-out, these rifles have survived Russian winters and worse yet, Russian soldiers.  The only problem I have with them is their ammo.  While cheap and plentiful, 7.62x54mmR cartridges are not what one would call “common” ammo — i.e. available at Bubba’s Guns ‘N Bait Store in Bumfuck, Nowhere.

The same is true for just about any of the “ugly” rifles out there — even the not-so-ugly ones (which are still relatively cheap) like the excellent Swiss K.31 rifles in 7.5x55mm Swiss:

Fantastic rifles, usually only a couple-hundred bucks more than the Mosins, but that ammo… highly effective to be sure, but is it on the shelf at Bubba’s?  No?  Aahhhh…

Here’s what I think is the rifle which checks all the boxes:  ugly, cheap, reliable, BUT found in a chambering which is so common, it makes Miley Cyrus look classy:  the rebuilt Spanish small-ring Mausers, in 7.62x51mm NATO.  This is the 1916 model, derived from the 1893 model (not  the ’98), which was made from 1916 till after WWII in 7x57mm, and later rechambered into 7.62 NATO:

Best of all, these old warhorses are seldom found at a price higher than $500 — and it’s usually less than $400, with a decent bore and iron sights which will still deliver at minimum a “minute of 6-inch paper plate” at 100 yards, if the shooter knows his stuff.

It’s not pretty, it’s not a rifle to be proud of owning, it has a severe recoil (like the M44), and it’s not even worthy of a place in your safe:  trunk of the car, semi-annual cleanings timed to coincide with range visits, you get the picture.  But it’s the ammo  which sets these battered old ladies apart from their newer, semi-automatic and sexier cousins.

And yes, the 1916 small-ring Mausers can handle modern .308 Win cartridges — those will be the ones that kick like hell, btw — but even that can be avoided by shooting lighter bullet sizes (<150gr).   If you look up the rifles and hear warnings about “soft Spanish steel” and “use only the light 7.62 CETME loads”, you are in the presence of major league bullshit.  I know this because I myself used to own one, and after well over a thousand rounds of commercial .308, I had it checked out and it passed with flying colors.

I’m not saying you should run out and buy one of these right away;  but on one of those occasions when you feel the need for another rifle, but have less than $400 handy, I am saying that one of these rifles deserves some serious consideration.