When looking at something beautiful, you always have to take note of the time in which the thing appeared.  This is particularly true of women, of course, because what was considered beautiful in, say, the 1970s would cause snorts of derision when applied to today’s standards.  Here’s a sample of those 70s fashions:

None of which are particularly bad (the lass on the right is sensational), but the style is very dated.

I didn’t come here to talk about women’s fashion.

Nope;  I want to talk about the successor to the wonderful Renault Alpine A110, the A310 which made its first appearance in 1971.

Of course, in typical French tradition, they put a severely underpowered engine in the A310 (a 1600cc four-banger which developed a muscular 105hp) which, considering that Renault intended the A310 to be a competitor to the Porsche 911 (which at the time was developing about 270hp in its 2.4L flat six), must have been a joke played by Engineering on Marketing.

In 1976, Renault got the message (prodded by piss-poor sales, duh) and put in a 2.7L  V6 engine which developed 148hp:  still nowhere close to the 911, but with its ultralight body and excellent handling (which was a little better than the 911’s), the new model doubled sales of the A310 — but sadly, doubling nearly nothing meant that Renault was selling about 500 units a year compared to the 911’s 1,600.

Pretty much only the French bought the A310 in any numbers, and in 1986 Renault pulled it off the market. 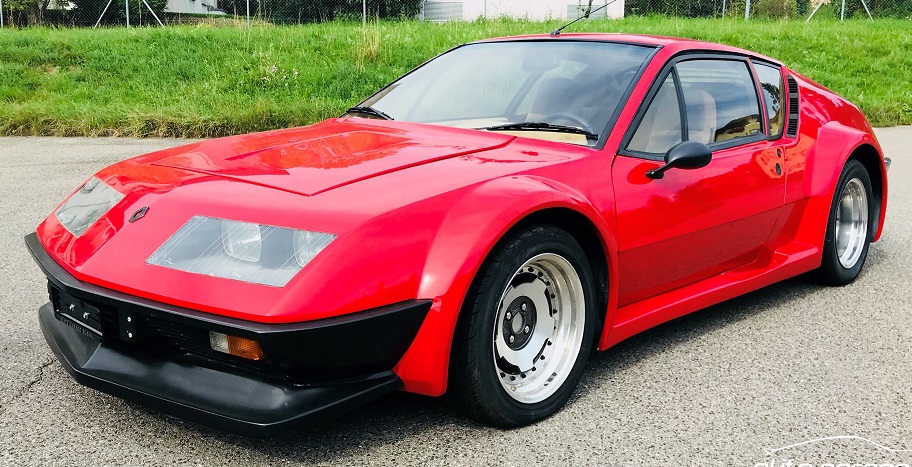 All that said, I quite like the looks of the later A310 PRV (denoting the larger engine).  Once again, by today’s standards that angular shape might be considered ugly, but frankly, it’s not horrible compared to other cars of the time.

Even in the PRV specs, though, the petite A310 never stood a chance against the Porsche 911, and still less against the massive American muscle cars, never mind the Ferraris and Maseratis.

But for a nimble sporty little runabout which according to its customers was very reliable, you could have done a whole lot worse than the A310.