…or to be more precise, against a hurricane.  First, we have this situation:

The trifecta of coronavirus fears, George Floyd protests, and the push to defund the police has resulted in surging gun sales in Minnesota.
…
The number of background checks conducted in Minnesota in March represented a 20-year high.
Then came the May 25 death of George Floyd and the subsequent riots, after which Frontiersman Sports owner Kory Krouse said the demand for guns went through the roof.
Krouse said, “People are really scared coming in here. We had a three, four hour wait just to get up to the counter during the height of … the rioting.”
As a result of the surge, gun store inventories are down and ammunition is scarce.

So one would think that a savvy politician would read the tea leaves (or, the actual statistics), and say, “Hmmm… this is probably not the right time to be pushing for gun control.”

Sen. Tina Smith (D-MN) is pushing an “assault weapons” ban, a “high capacity” magazine ban, and an expansion of background checks that would outlaw private gun sales.
According to her campaign website, Smith cosponsored the “Assault Weapons Ban of 2019,” which would have banned 205 commonly-owned semiautomatic firearms and all ammunition magazines holding more than ten rounds.
Smith also cosponsored the Background Check Expansion Act (BCEA). The BCEA was a push to expand retail background checks to private sales as well. In doing that, BCEA would have criminalized private sales, making it illegal for a neighbor to sell a five-shot revolver to a lifelong neighbor without first finding a Federal Firearms License holder and having a background check performed.

You have to be in the grip of a special kind of stupid to do this kind of thing in the current circumstances.  But that’s the deal with doctrinaire Socialists:  it’s all about the intentions, never about the outcomes and consequences.  And never mind what the proles think:  the Party is always right, comrades.

Even when they’re horribly, hopelessly wrong. 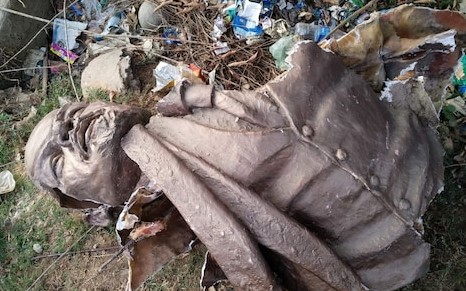